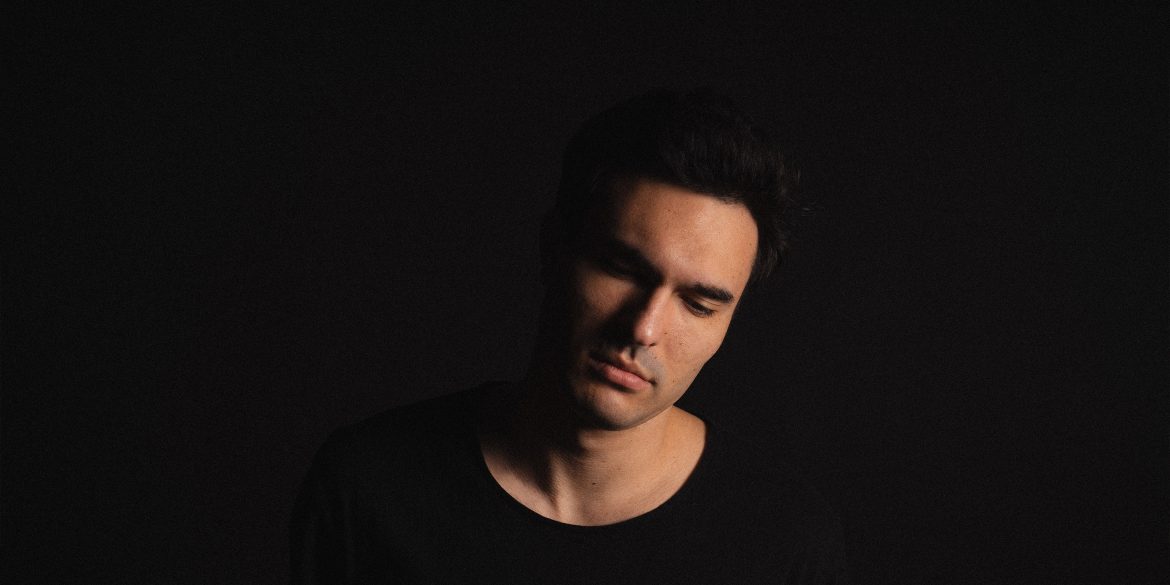 Combine solid songwriting, rugged good looks, a dash of cool and the voice of an angel who spent last night at the bar drinking bourbon with Frank Sinatra and you get an idea of what to expect from Peter Serrado. The Toronto native made a big splash in Europe last year when he participated in the Festival da Canção—Portugal’s song contest where a song is chosen to represent the country at Eurovision—and took his song Sunset the final. On the heels of the massive accomplishment, Peter is poised to keep the momentum going with the recent release of his self-titled debut album. We had the pleasure of catching up with Peter last month before one of his performances.

Luso Life: How did you start your professional music career?

Peter Serrado: About two years ago I met Reno Silva, who is now my manager. He came across a video I had posted on Facebook and liked my voice. At this point, I was playing in small venues—bars, coffee shops…I still am! (laughs) I was in a kind of routine; same thing every week, nothing changed, nothing evolved. That’s when he approached me, and we talked about this project by MDC Media Group and Arrival Music Group, which felt like a good opportunity to start a pivotal stage in my musical career.

LL: Since starting with MDC and AMG, how have you grown, both as a person and artist?

PS: Being with MDC and Arrival Music Group has made me evolve as an artist and also as a person. I learned to have discipline, and this made me work harder. I write more, I am more involved in music, more dedicated and more attentive. I have found the opportunity to grow here on several levels. The writing process for me has changed a little bit and I’ve been more focused on my craft.

LL: You just released an album, Peter Serrado. Tell us about it.

PS: It’s true, I released my album on February 22nd. I’m extremely happy with each song on it and value each for the story it tells—mine or someone else’s. Experiences that I have lived or from others who I’ve had contact with. The purpose of the album was to tell a unique story in each song, so that’s what I did with the help of Reno. He worked on the album with me from start to finish and we couldn’t be more excited with the result.

LL: If you could choose a favourite song from your album, what would it be and why?

PS: I don’t think it’s going to be a single, but a song that has really grown with me is Animal. Despite being in English, the song comes from my Portuguese roots. It was created at a time when I was listening to Zeca Afonso—whom I like very much. I wanted to make a folk song and give it a more modern look. The lyrics are strong, and the song definitely has a place in this world.

LL: Who are your biggest musical influences?

PS: I would have to say Bruce Springsteen and more recently, Jack Savoretti. I love their voices, both serious and both musicians who write stories. I have always enjoyed good music that tells a story. I like to have a relationship with the songs, which they both happen to do very well.

LL: When you are in the process of creating music, whether writing the music or lyrics, what inspires you?

PS: My primary source of inspiration will always be personal experiences or an event in someone’s life—whether they are my acquaintance or not. Sometimes I’m in a cafe and I hear anything that makes me think, “Ah, this could make a good song!” That being said, the music itself comes from my state of mind the day I’m creating the music. In short, the lyrical part is based on real situations or experiences, whereas the sound is dependent on how I feel in a particular moment.

LL: You participated at Festival da Canção—tell us about your experience and how that changed you as an artist.

PS: It was a very cool and unique experience. Before that I was always doing covers, which I didn’t not like to do! I wanted to show more; show what I like to do; show them my style. My idea was to participate in this contest so I could climb one more level and see where it would take me. The truth is that it opened many doors for me. I was surprised by the support of the Portuguese, back in Portugal. I was under the impression that they wouldn’t like my song because it was in English, but it was basically the opposite—people liked the music! I didn’t win, but that wasn’t my goal. What I wanted was to show my work and the truth is that people liked it.

LL: Do you think that your participation in Festival da Canção, having thousands of people seeing you and thus gaining such a powerful platform of exposure, gave you better direction to create this album?

PS: Yes. When I was there and sang Sunset, people would ask if I was already working on an album, how it would sound, when it was coming out, etc. At that point, even though we wanted to make one, we weren’t even in the creating process yet. The only song recorded, which wasn’t even completely finished, was Sunset—the song I took to the contest. So yes, there is no doubt that it had a tremendous impact on my album. Because I wanted to give back, I now have two songs in Portuguese, which are my way of thanking everyone in Portugal.

LL: Are there any collaborations with anyone from Portugal on this album?

PS: I worked with Liliana Moreira, she wrote the lyrics—these songs were in English and she translated them as best she could in Portuguese, because it is not possible to have a literal translation. We found that these two songs were perfect to be in Portuguese and she did a beautiful job.

LL: What is your connection to Portugal and your roots?

PS: My parents are from Alentejo. Having both grown up in Portugal, they’ve ensured I was involved in Portuguese culture all my life. They took me to Casa do Alentejo and other community clubs, which I still attend on occasion. To this day I remain connected to Portugal—be it music or food! (laughs)

LL: How does Portuguese culture influence your music?

PS: A song I mentioned earlier—Animal—is totally influenced by Portuguese culture. At the time I
wrote it, I was rehearsing for a concert to pay homage to “25 de Abril.” and then I heard Zeca Afonso even more. It certainly influences it a lot.

LL: Who is your favourite Portuguese artist and why?

PS: It would have to be Zeca Afonso because of the history and stories. I also like Rui Veloso a lot—so much so that the first song I sang in Portuguese was “Anel de Rubi.” Besides that sentimental value, he is undeniably a genius with the guitar.

LL: Over the past decade, the music industry has evolved drastically—particularly with the introduction of online platforms. Now any artist can publish their work simply and free of charge. Social media is another development, which acts quickly (for better and worse).  We want to know your thoughts on this transition and whether easy access has made breaking through more difficult, especially since with that comes more variety and competition.

PS: I definitely think it is more difficult nowadays with so many people doing the same thing.  It’s a market like you said, overloaded. There are thousands of people trying to be the next Justin Bieber through YouTube. However, I think I see things a bit differently, so I don’t get frustrated. I believe that each of us must follow our own path to get to where we want. We don’t all need to become “big” through the internet. When you look through that simple perspective, it doesn’t become so difficult …it is a difficulty fabricated by people themselves.

LL: In keeping connected to the public; colleagues, current and potential fans—it must be quite easy now, isn’t it?

PS: Yes, there is no doubt that social media in this respect are great. It is, almost the only way to reach people—at least on a large scale. We are living in drastically different times from previous artists, which as stated carries a negative and positive side.

LL: We have this idea today that it is much easier for artists to promote the music they create…Despite this overload we have talked about, I think that at the same time it allows people who we have never heard of to have a platform and are suddenly being recognized for their talent …thoughts?

PS: Yes, yes, no doubt that it serves well. But it also depends on one very important thing: how many followers you have on your social media. It’s very difficult, there are a lot of people doing the same thing …It seems easy, but it’s not quite like that. Luck is also an essential factor here.

LL: What do you want your fans to grasp from your music?

PS: I hope they resonate with the songs. I want people to hear my stories and understand who I am. I think this is a good start, a good album, to explain to people who I am. I hope this project has an impact and makes a difference.

LL: What is next for Peter Serrado?

PS: Write more, continue to write more. And if everything goes well—without creating too many expectations, because I live life day by day—maybe a tour. I would love to do a tour – especially in Portugal. And who knows, a world tour, but for that I have to work a little more! (laughs) You never know!

PETER SERRADO’S DEBUT ALBUM IS AVAILABLE ON ALL STREAMING PLATFORMS 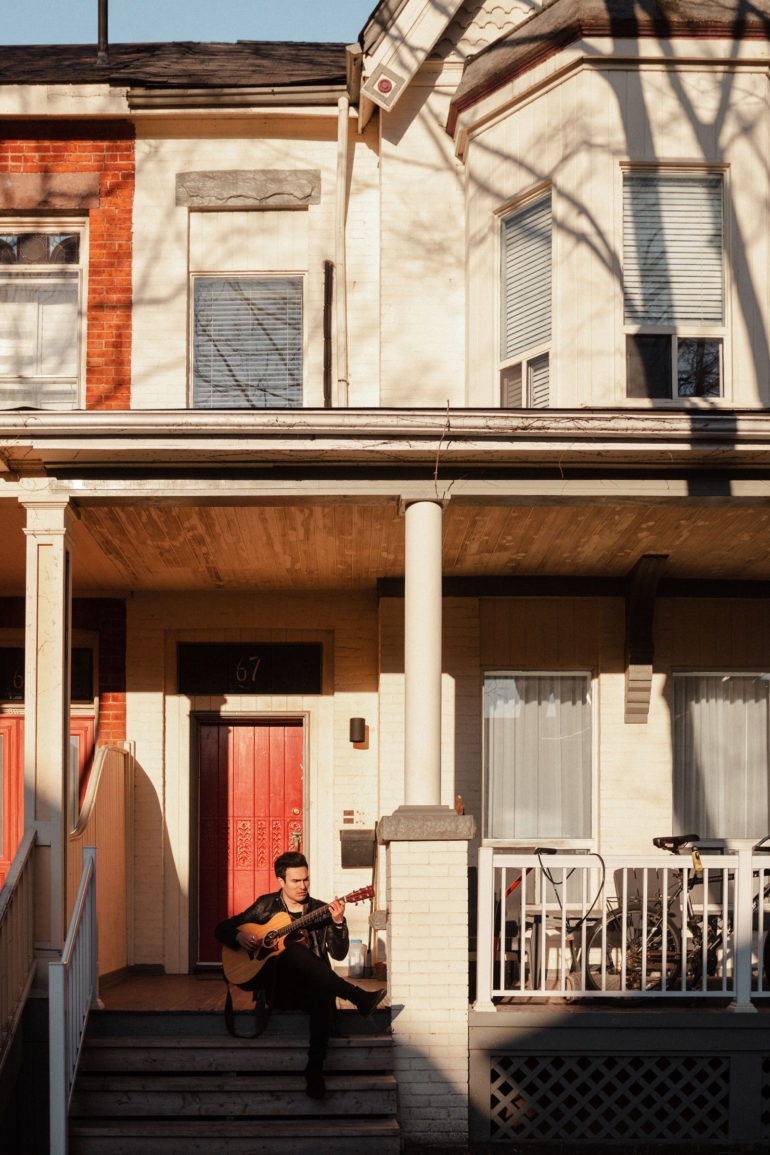 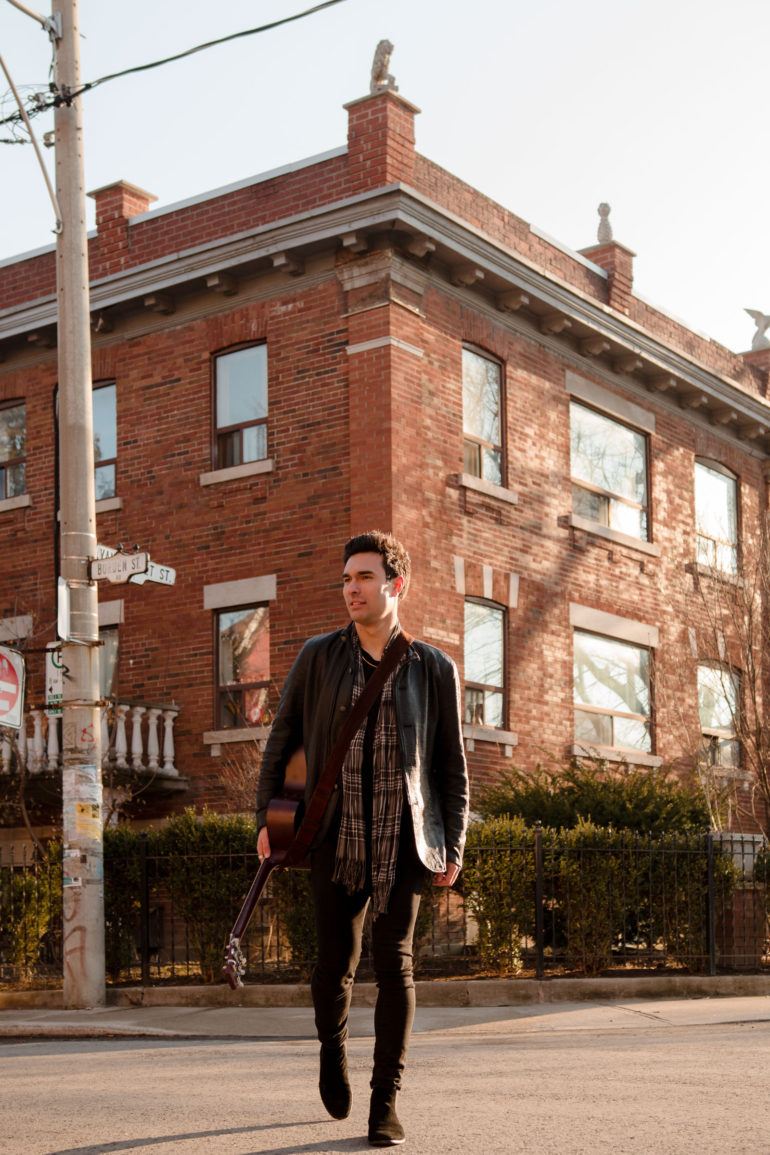 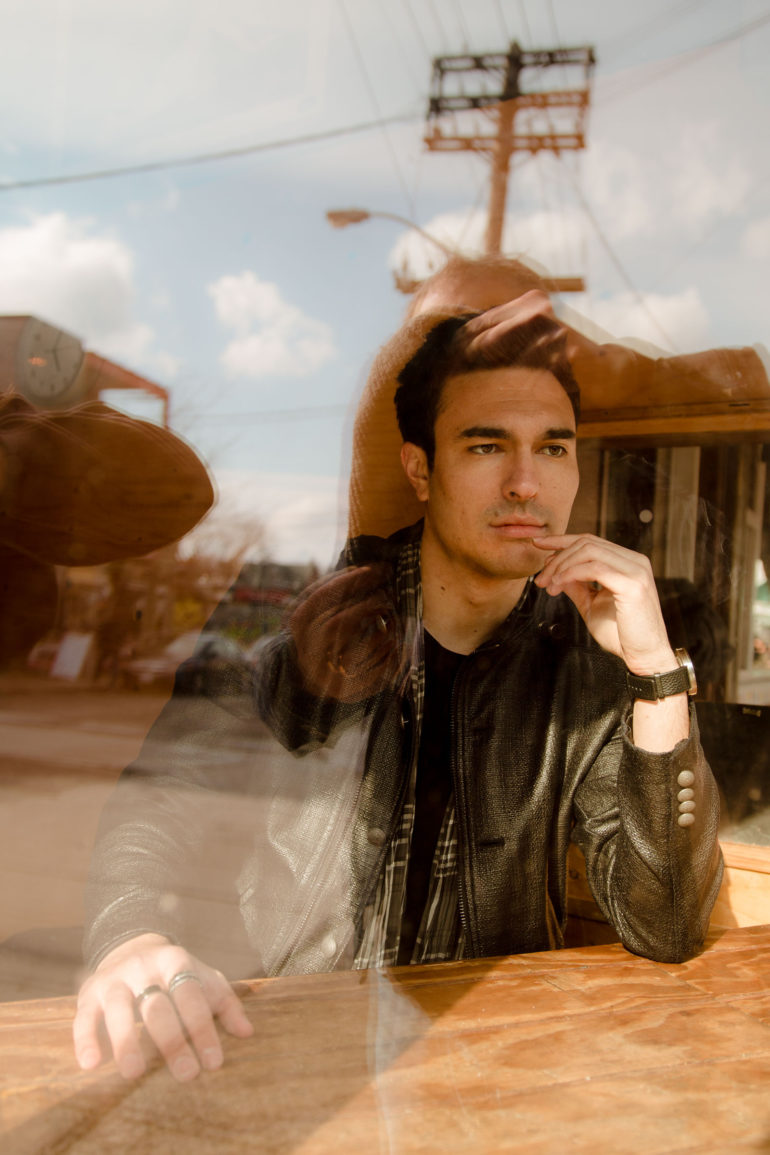 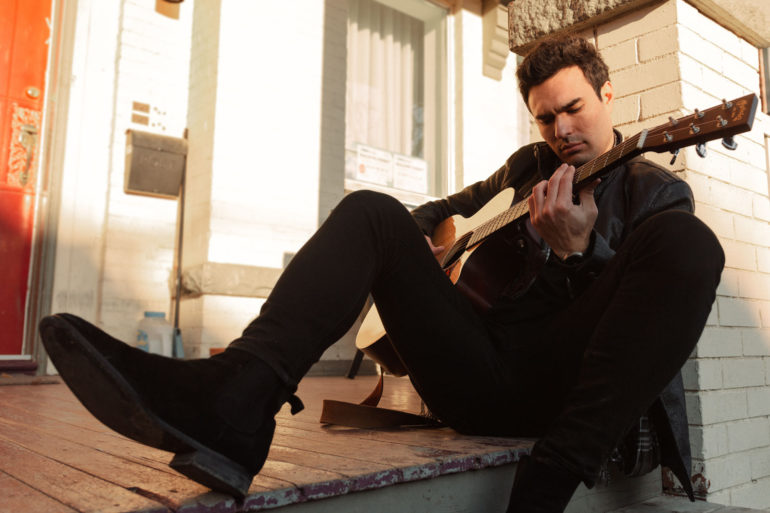 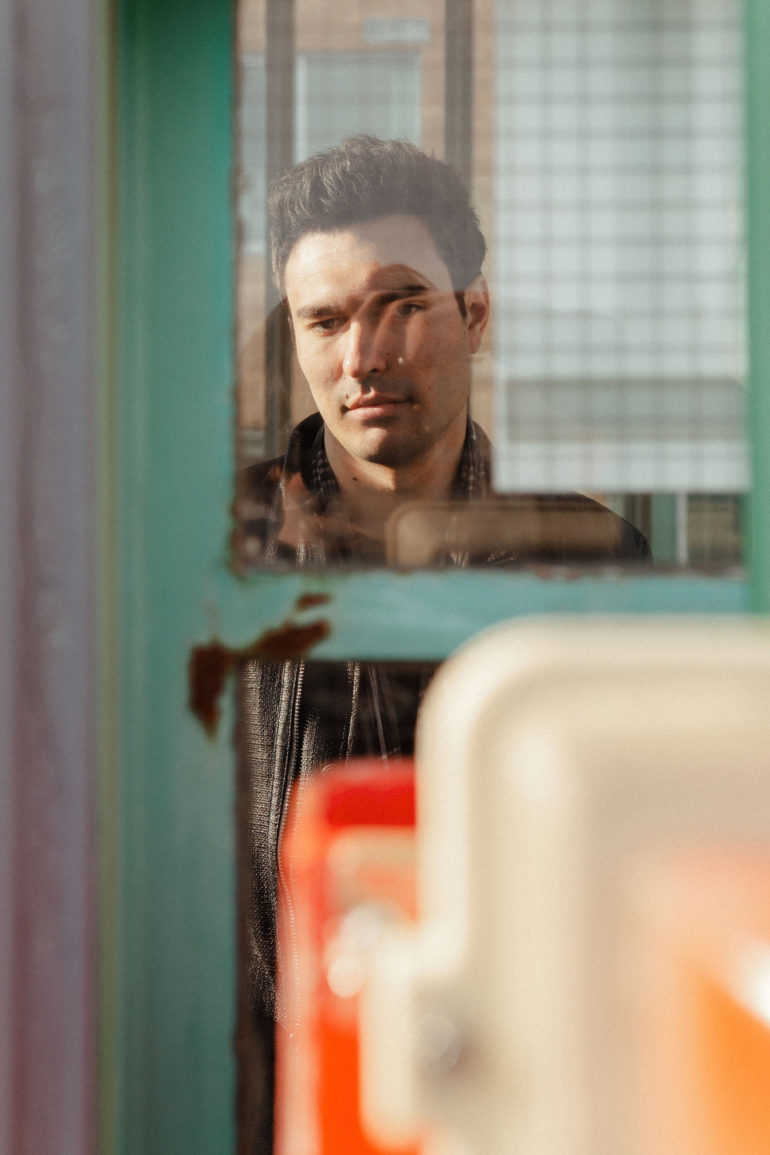