Put it on shuffle

The iPod was a revolutionary device. Thousands of songs sitting in your pocket, connected to a pair of earbuds, ready to give you a fix of your favourite music in an instant.

My first experience with an iPod was shortly after the release of the iPod touch when my son, who had made his first big purchase using his paper route money asked, “Daddy, please put some music on this”. Naturally he wanted me to fill it up with artists that he liked at the time, probably Green Day or whatever pop hits were playing on the radio. By this point I had amassed a large collection of digital audio and being a responsible father who grew up in the era of the mixtape, decided to try and replicate that on the boy’s iPod.

The mixtape from my youth was a fabulous invention. I would spend hours at the local record store, Starr Records—quietly sifting through bins of new and used vinyl, listening to whatever Mike Starr was playing from behind the counter. Sometimes, one of the songs would peak my interest but being young, shy and afraid to look uncool, I wouldn’t dare ask Mike what it was. Instead, I’d patiently wait until Mike was talking to one of the regulars and then sneak a peak of what was spinning on his turntable—The Stranglers, Iggy Pop, The Forgotten Rebels. I would then make my way back to the bins and start searching, before making my way back to the counter with my purchase for the day. To me, it was about the discovery of music, which was a lot harder than it is today. To go beyond radio, we needed to source things out, which since the internet was non-existent, meant paying attention to what other like-minded fans were listening to. It meant seeing what the record store geeks were spinning and it meant sharing music with friends—enter the mixtape.

It was about the discovery of music

Once home, I would remove the album from its cellophane wrapping, study the artwork and read the liner notes while listening to side one—beginning to end, then walk back to the turntable, flip the album and listen to side two—beginning to end. I’ve always had a love for vinyl. The crackling noise it makes, the cover art (which to me is the ideal format to visually represent who and what is on the album). I would make mental notes of what my favourite songs were and since most of this music wasn’t played on mainstream radio, I had no idea as to what the singles would have been. I had personal charts in my head, lists, of what the best songs of each album were.

With the mixtapes, most were made for my personal pleasure. To play on my Walkman®, take them in the car or to carry around in my pocket just in case I ran into an audio emergency. These mixtapes were carefully curated as to what my mood was, what the occasion was or where this mixtape was going. They all included hand-drawn artwork and a list of songs on the inside because nobody wanted a plain box with BASF written on the outside.

Occasionally, some of these mixtapes were made to enter the hands of friends. You would have to take their tastes into account yet personalize it in a way where they would know where it came from. My first realization that the music I listened to was not mainstream or even appreciated came in grade 12. Knowing I had a huge collection of vinyl, a friend asked me to make a mixtape of dance music. I spent that evening looking though my collection and creating a list of the best danceable tunes to fill a C-60 cassette (for you millennials, that’s 60 minutes of music, 30 per side). I pulled out Depeche Mode, New Order, Trans-X, The Cure, Bowie. I listed the songs on the inside of the jacket and on the outside I decorated it with the band logos. I proudly showed up at school the next morning and handed him the mixtape, certain that it would be a hit.

At the end of the day we bumped into each other in the halls. My friend reached into his pocket and handed back the mixtape, blurting, “What the hell is this crap?” I was confused and might I say, a little hurt since my mixtapes were a labour of love. Apparently my take on dance was not parallel to his. He wanted someone called Stevie B and a girl named Trinere…interesting. This, of course, led to deeper exploration, with trips to record stores in Toronto where music nerds were replaced with club DJs fighting for the newest releases.

The beauty of vinyl and nostalgia of the mixtape will forever be a part of me, but as a music geek, there is nothing that gives me more pleasure than having thousands and thousands of songs on one device where I can instantly curate a playlist or put it on shuffle; which brings me back to my son’s iPod.

I filled that iPod with music. Abba to ZZ Top and everything in-between, spanning all genres—jazz, punk, rock, rap. I filled that iPod with everything I could think of that would be fun and educational from a music nerd’s perspective. I kept urging him to put it on shuffle, but his instinct was to play the songs he loved and knew, which makes sense. One day as we watched my daughter play soccer and he was plugged into the iPod, he turned to me, pulled a bud out of his ear, handed it to me and said, “I had it on shuffle, listen to this guy playing guitar. He’s pretty good, eh daddy?”.

A while later, I proudly told the story to a friend. After the friend left my son looked at me and said, “please don’t tell that story anymore. I look stupid because I didn’t know who Zeppelin was.” I told him that he didn’t look stupid, he looked like a genius. Anyone can like Led Zeppelin if they’re told to like them but instead, he discovered the brilliance of Mr. Page on his own…because he put it on shuffle.

I find many people don’t, so I’m going to help you out by giving you an A to Z of a few musicians that in my opinion have made a difference to music. As I told my son, my music is not your music, but you need to know it and respect it the same way I respect The Beatles and Sinatra. It’s not my music, but it has influenced the music I love. 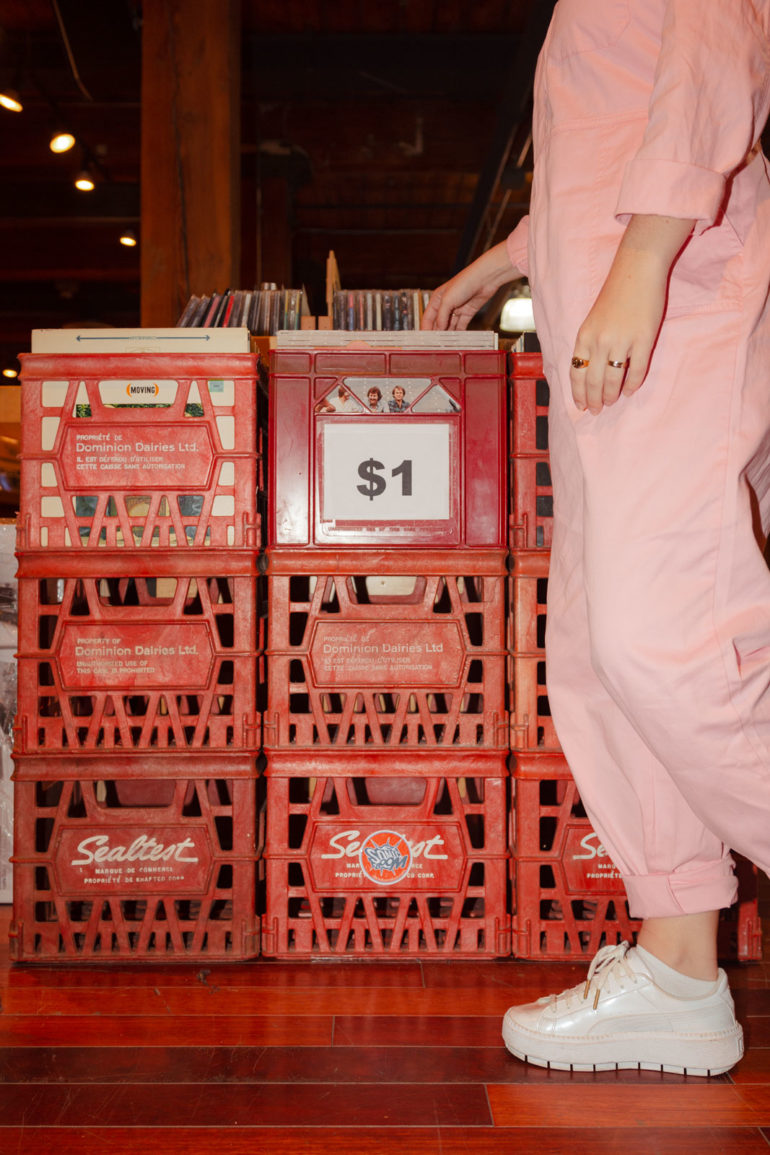 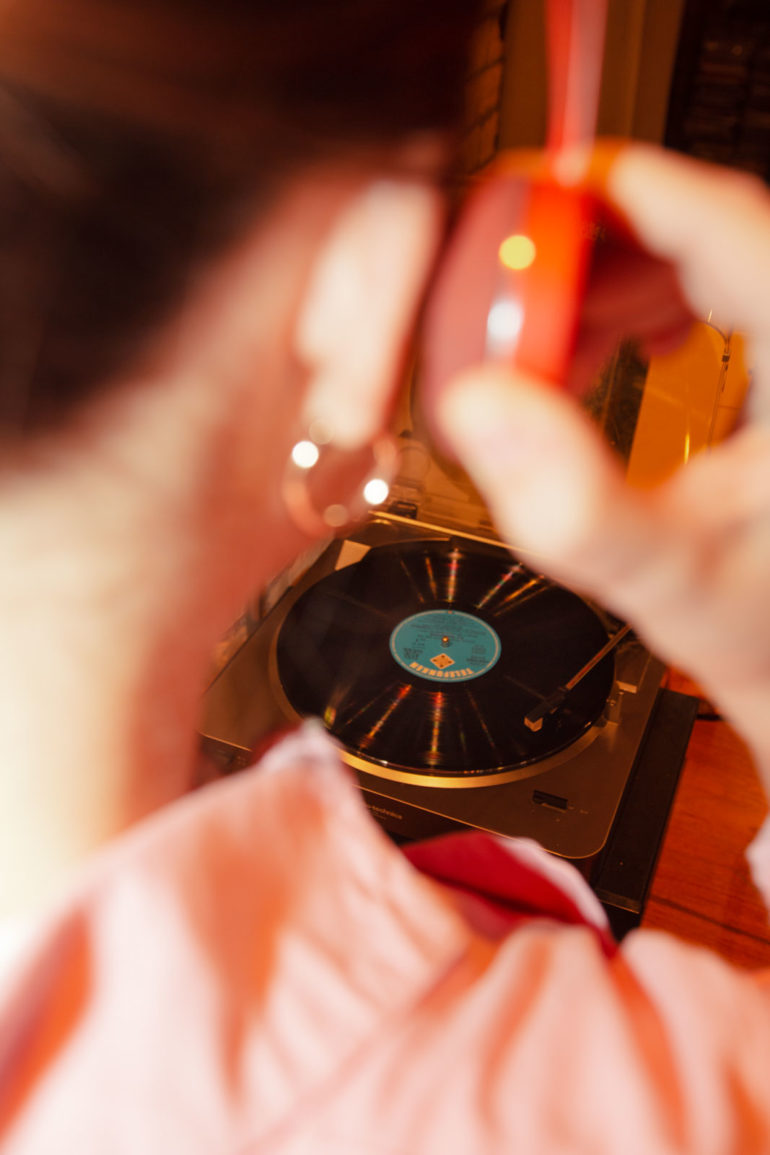