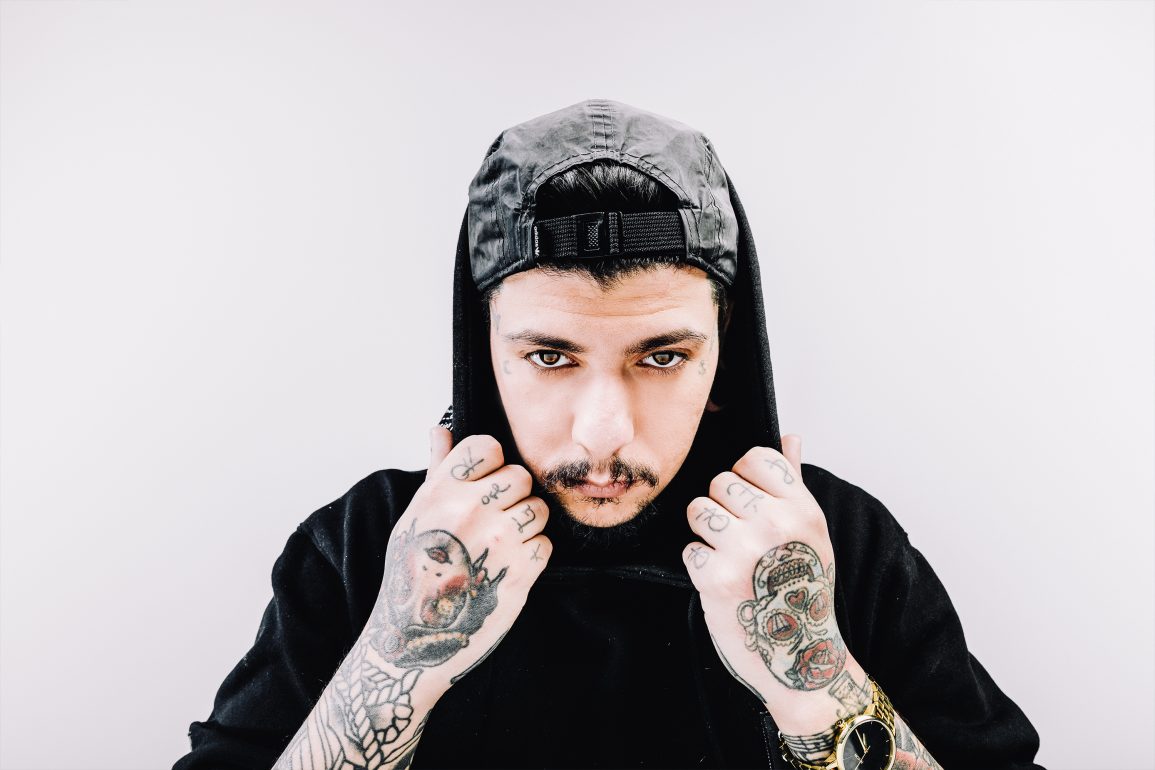 Agir, stage name for Bernando Correia Ribeiro de Carvalho Costa, is a Portuguese singer, songwriter and producer, born on March 18th, 1988 who has been writing songs since the age of 12. Agir inherited a passion for arts from his parents, singer Paulo de Carvalho and actress Helena Isabel. He chose to follow his father and let music take control of his life.

Luso Life: How do you see yourself? Musician?

Agir: Yes, I believe musician is the right word. Anyone who knows me knows that I can’t stop. I can’t stay still for too long, so I had to do something else – that’s why I always try to involve myself with the music video process or even in my own career management. I think I’m very fortunate to be able to do what I love – when we do what we like, we get excited, we fall in love, we want to do more.

LL: Was there a time when you questioned if this is exactly what you wanted to do? Or you have you always been this determined?

Agir: No, not at all. My mom always told me, if the music didn’t work out, I would have to go look for a job. That’s why I tattooed myself from head to toe, so that couldn’t be a possibility (laughs). No, honestly music always was my thing and I was very lucky because it ended up working out. I don’t know what I would do if I wasn’t a singer, but I would probably be in this industry somehow – as a songwriter or as a manager…I would be connected to music, that’s for sure.

LL: Which area of music do you feel it fits you best?

Agir: I feel I’m good whatever area I’m in. I really, really like to do live shows, but if you tell me to choose just one thing, I would say studio. I really like to produce. The creative process is truly what I like to do the most.

LL: You always play to huge audiences and after your shows, you’ll hang out with the autograph seekers till the wee hours of the morning. This is one of your outstanding characteristics. Do you think this respect you have for people adds to your legion of fans who seem to follow you everywhere?

Agir: I think so. As I said, creating in the studio gives me more joy, but then I like to see if what it did works or not – from there, the songs are no longer just mine. They become ours. And it’s these people that get me to go to various places – that can take me to Canada… who knows. So, I think it’s the least I can do – when I have the opportunity, to be a with the fans for a little bit.

LL: Do you think your music needs to be internationalized?

Agir: It’s a goal. It’s something I would like to happen. But it’s also not something that’s pressuring me. I think it will happen naturally and I believe that’s the way it has to be. I do not know if it will be as a singer or producer, but we are already doing things outside of Portugal. Let’s see what happens, without too much pressure.

LL: Recently you released some ballads – “Até ao fim” with Diogo Piçarra, and “Minha Flor” dedicated to your wife. These songs are almost at the opposite spectrum of “Falas Demais”, in which it feels like you deliver a message of revolt against social media.

Agir: Yes. Revolt will not be the term, but yes. There’s a very cultural thing about hip-hop that’s called egotripping, which basically consists of putting words, puns and funny things a bit more aggressive – it does not mean that I’m at home and that whatever I’m talking about on these songs makes me lose sleep, because it doesn’t.

But I feel very coherent. If we listen to my first album, which is from 2010, if we listen to the mixtape I made next, then in 2015 the album “Leva-me a Sério” and now my 2018 album, “No Fame” –  everything is in there. There are songs like “Falas Demais”, there are ballads, there are songs like “Tempo é Dinheiro” – I don’t feel I have a different posture, I always made a lot different things in music, there are simply songs that I choose for singles and some I don’t.

LL: Because your father was very famous in Portugal, a lot of people would refer to you as “Paulo do Carvalho’s son” – do you think today things are different and you’re more “Agir, who happens to be Paulo de Carvalho’s son”? What’s the reality now? You’re even producing his albums.

Agir: I believe that, independently of being father or son, we both like music. We recognize each other’s abilities and we want to work together. The fact that we are father and son makes things interesting. I think that if my dad didn’t recognize my capacity to work with him, he wouldn’t just because I’m his son – I like to believe it is like this. I think you can see the results… I’m biased but I believe it was a happy combination. 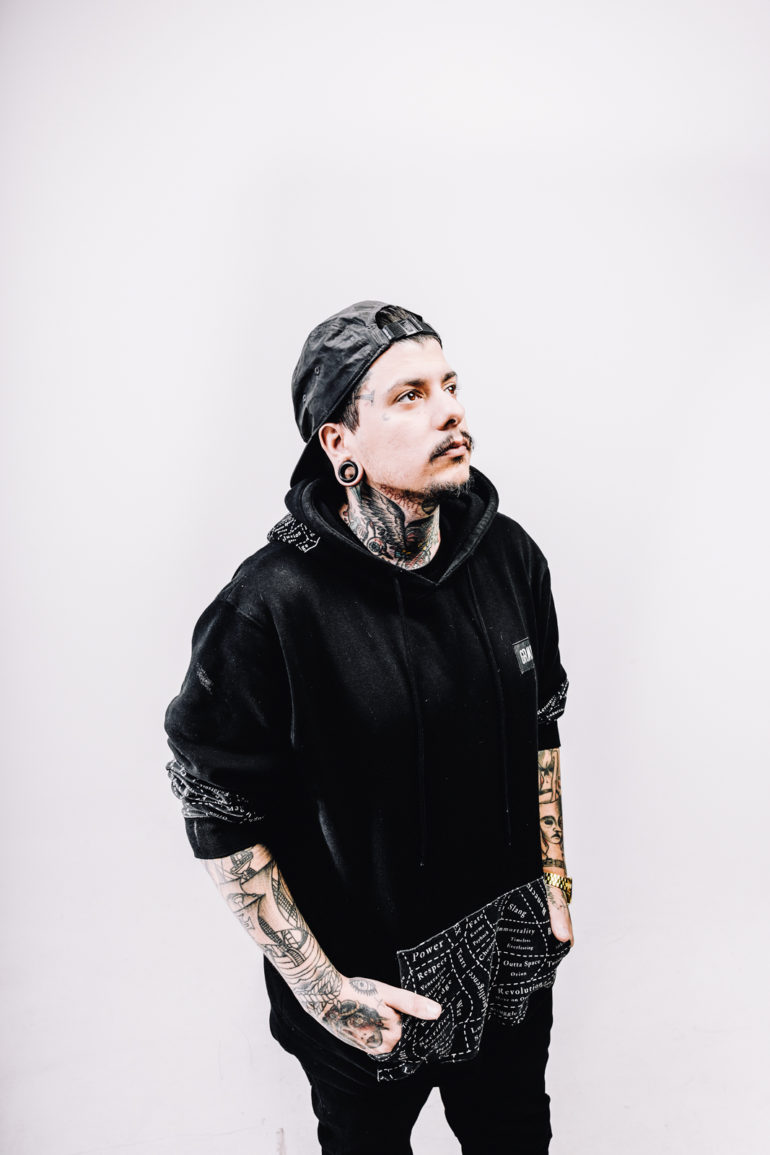 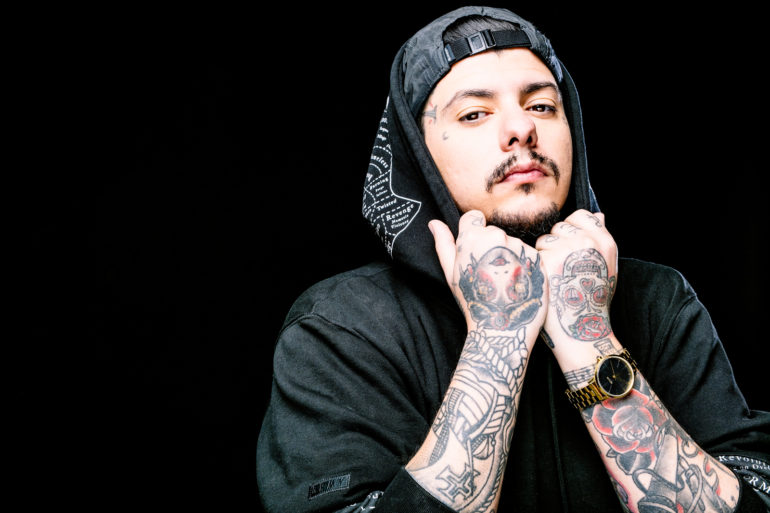