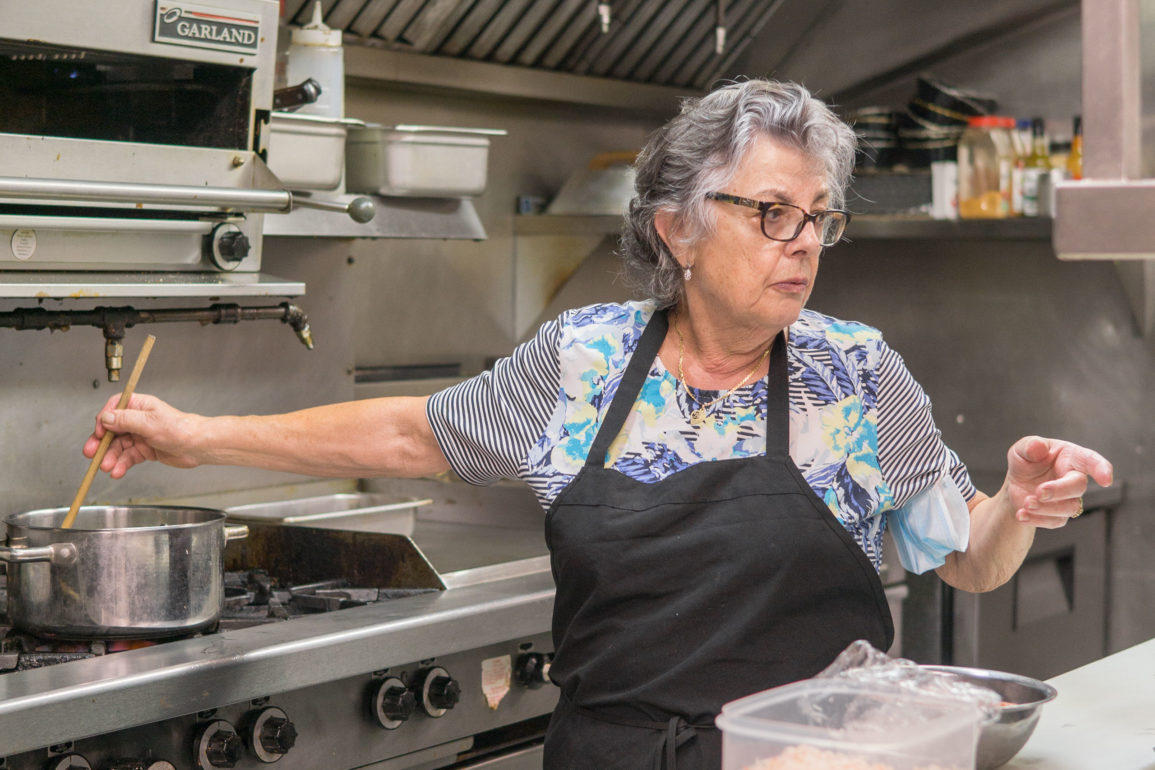 There are two “musts” at every Portuguese event. The first is you must try to find the common connection—where did you come from? Who are your parents? Grandparents? Who do you know in my area of Portugal? The second is rissóis”… ok, I may be exaggerating, but only a little.

When I met with Avó Beatriz, we went straight from bom dia into the connections. I made mine first, telling her how we had met in her driveway 25 years ago. It was a few months before our wedding, and we needed to finalize songs with our DJ, so Isabel and I drove out to his place and spent some time ironing out the details. When we finished, David (you can meet him here) walked us out, and when we got to the driveway, a lady who was sitting on the porch jokingly reprimanded him for throwing a cigarette butt in the flower bed. David quickly told her to leave it because he was planting a cigarette tree to save money; she laughed, he gave her a kiss, then introduced her as Beatriz, his mom.

That story has stayed with me for all these years. I found the interaction between mother and son endearing. Unsurprisingly, Avó Beatriz didn’t remember the exchange; to her, it was just another Monday night with David. She had to dig deeper to make her connection. After a short question and answer period, the connection was made: Her nephew Paulo is married to Stephanie, whose uncle is José Manuel, who lives with my mother.

With six degrees of luso separation established, the path to rissóis was now open. There would be a longer delay than I was used to since the rissóis were merely ingredients staring up at me from neatly lined up bowls, but I would be ready to put my professional taste-testing skills to the test once she was finished.

Cooking began, and Beatriz continued making connections. “José Manuel comes from a great family,” she stated. “One day, when I was a young girl, my mother sent me into town to quickly pick up a few things. Knowing I had to move quickly, I left my shoes at home. Our shoes were clogs with wooden soles and wearing them would only slow me down. A neighbour asked me to stop at the local shoemaker—José Manuel’s father Vidal, to pickup a pair of sandals she had ordered, so I made it my first stop. Senhor Vidal told me the sandals would be ready shortly, so off I went to do my shopping. I was quickly spotted by one of the National Republican Guards (GNR) who was patrolling the streets. He told me to stop and asked if I was aware that there was a law prohibiting people from entering the town barefoot. I told him yes, that I had left home wearing sandals but I was running quickly and one of the straps broke, so I left them with Senhor Vidal to repair. Mr. GNR didn’t believe me. He wanted to verify my story, so he marched me back to the shoemaker. I jumped in front as we entered the shop, gave Senhor Vidal a knowing wink and asked him to confirm that I had sandals to pickup. ‘I’m working on them right now’, he said….and with that, I was off the hook and didn’t have to pay the fine! I was feisty and always ready to stand up for myself.”

As she cooked, I noticed that her “recipe” was a loose set of instructions stored away in her head which meant she could swap out ingredients if necessary. “David, I’m ready for the milk. No milk? Only cream? That works….it’ll make the filling thicker.”

Her daughter-in-law, Alisa, laughed, “we’ve tried to document the recipe, but she changes something every time she makes them!”

Avó Beatriz continued ad-libbing her way through the recipe and telling stories until she had amassed a tray full of rissóis, ready to be fried. Portuguese “must” number two had finally arrived, and it was well worth the wait.

At 79, Avó Beatriz is witty, genuine and has no desire to slow down. In celebration, I raise my rissole and toast. Cheers to being forever feisty!

So, what are rissóis [pronounced ree-SOY-ish]? Basically, it’s a Portuguese version of pierogis—crescent-shaped turnovers made by wrapping dough around a yummy filling. Avó Biatriz shared her delicious camarão (shrimp) version, but you can stuff them with anything. Other popular choices are tuna, chouriço, ground meat, ham and cheese (mista), and I’ve heard the Goans make fabulous vegetarian rissóis.

This recipe is for a big batch but don’t fret, you won’t need to eat them all at once! If you have more than you can consume, you can freeze the breaded, uncooked rissóis, then defrost them slightly before frying. 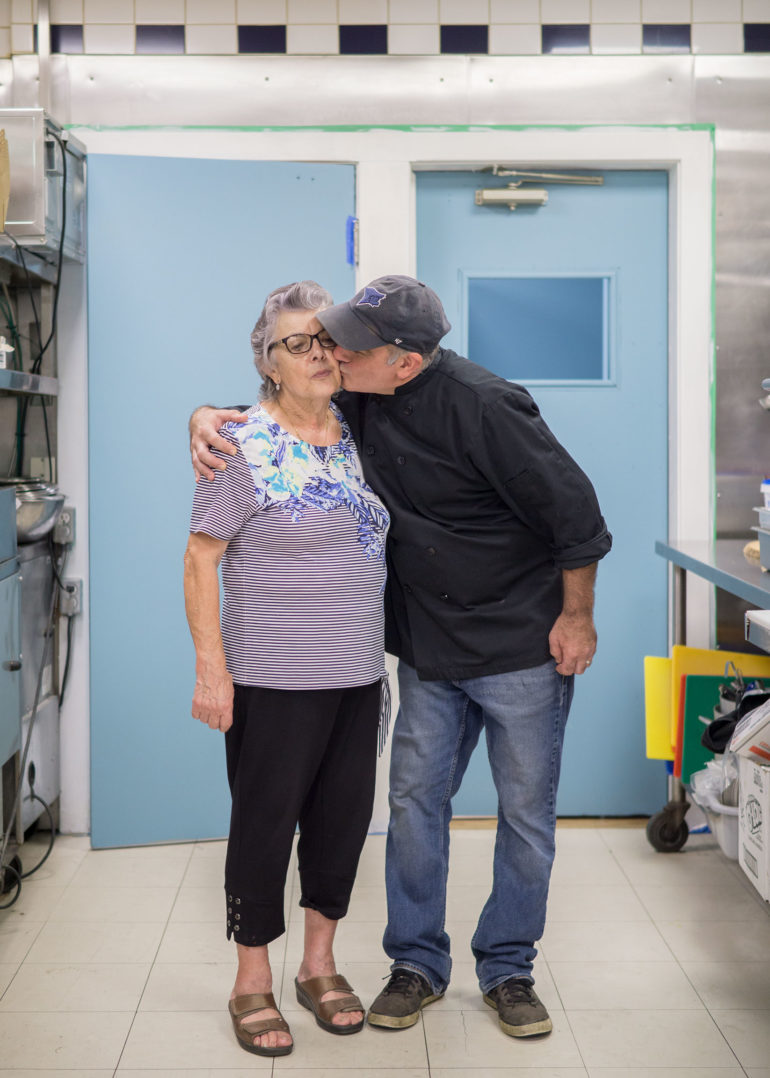 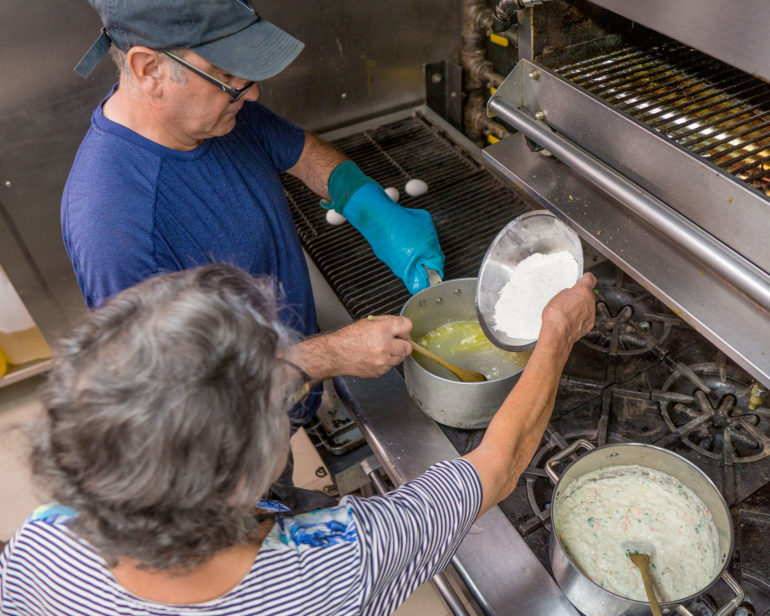 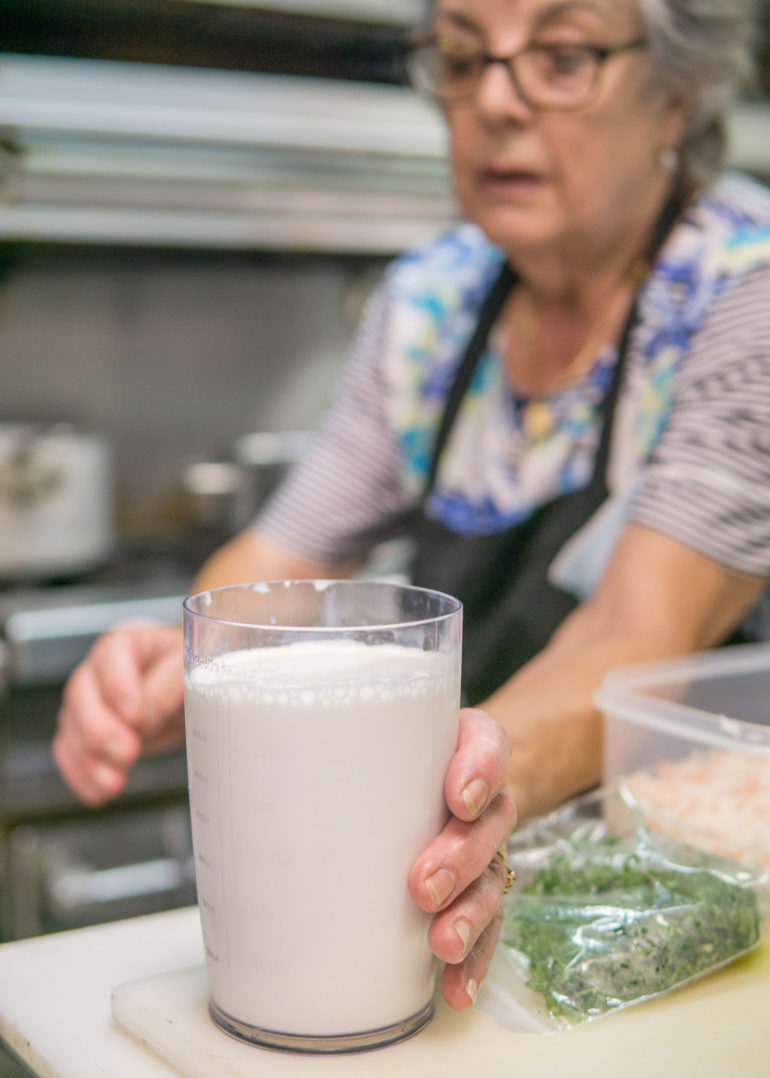 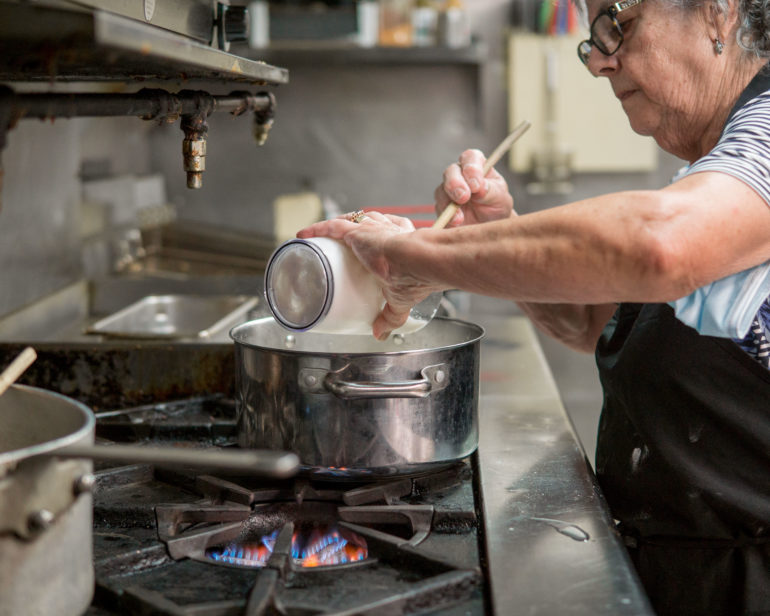 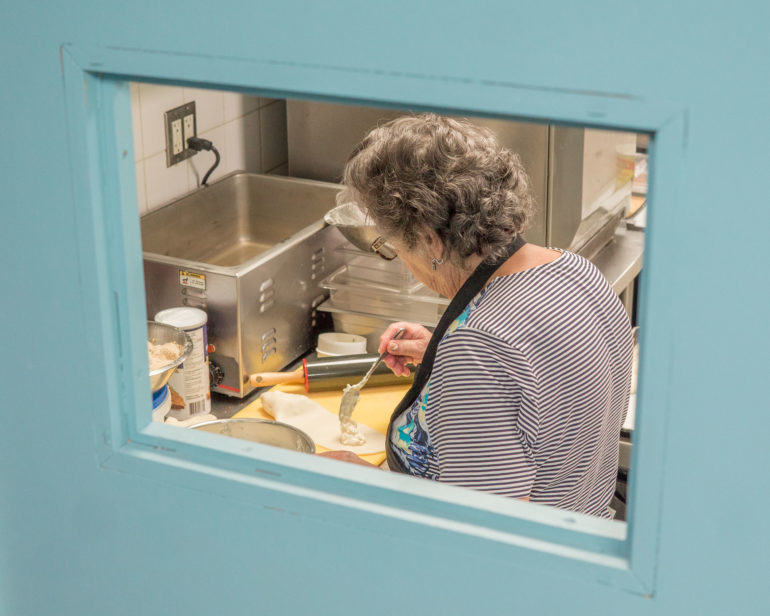 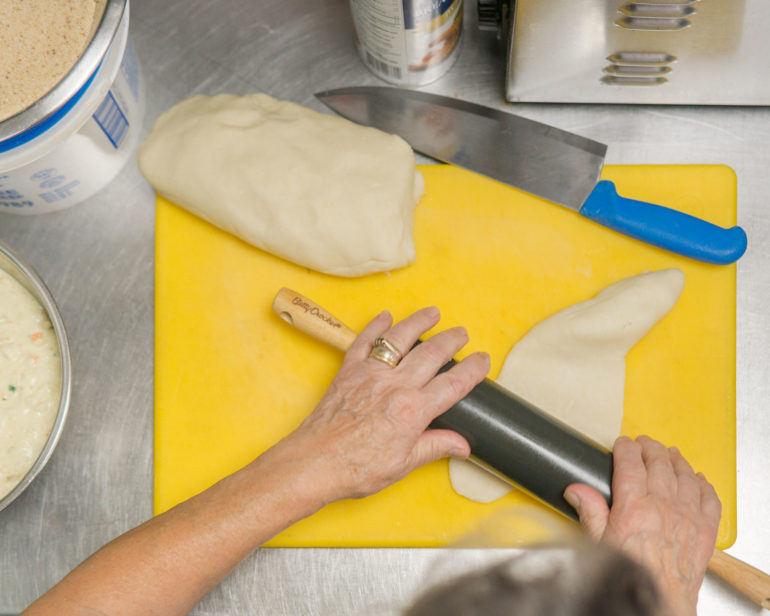 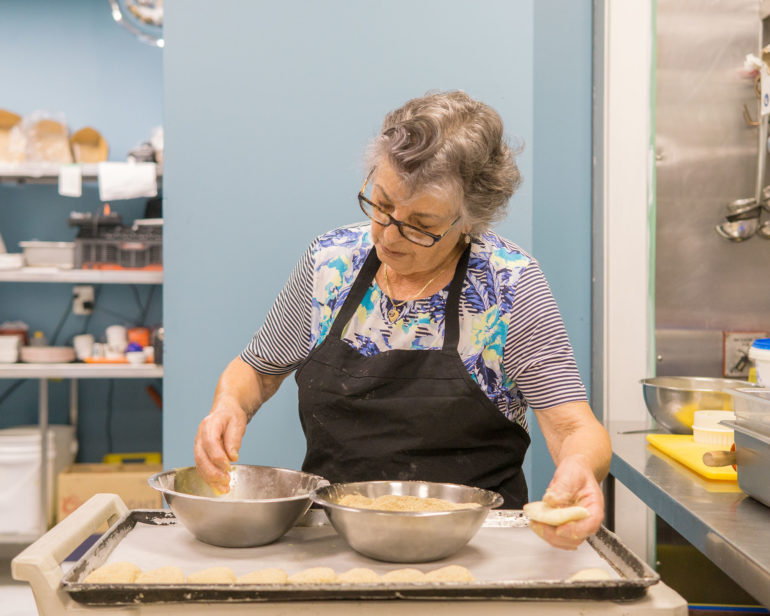 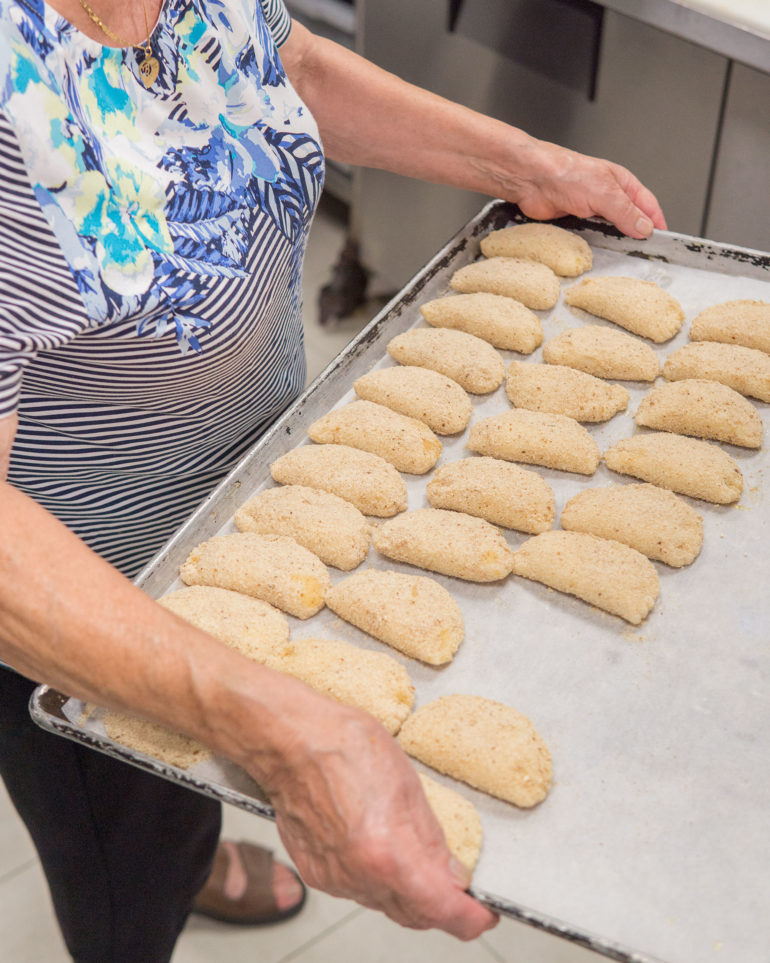 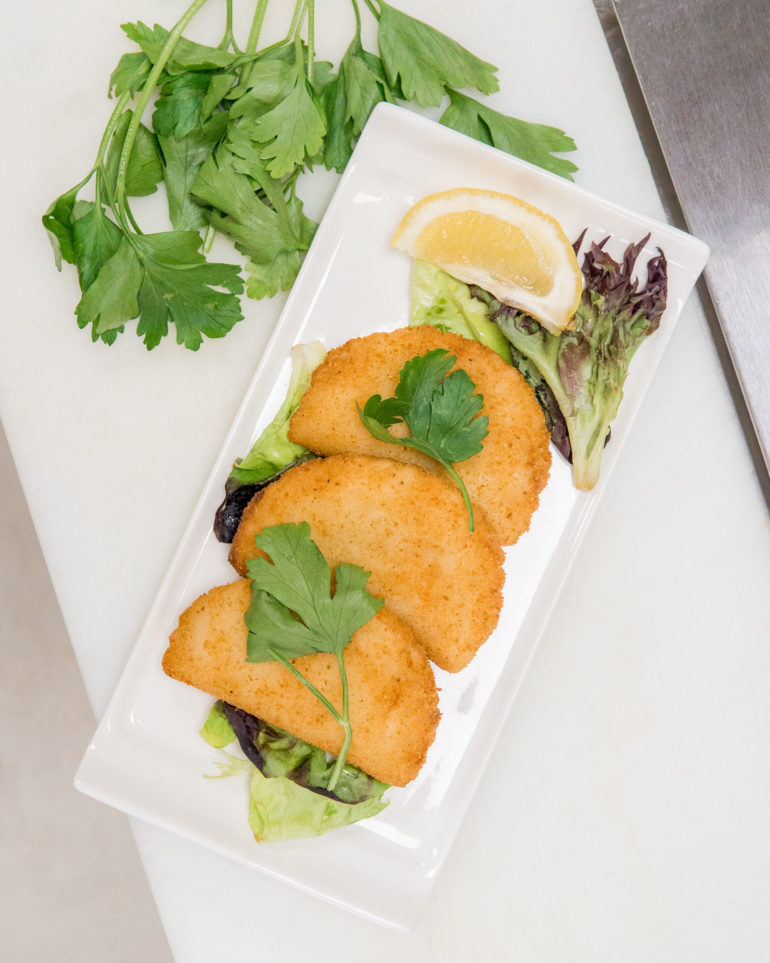