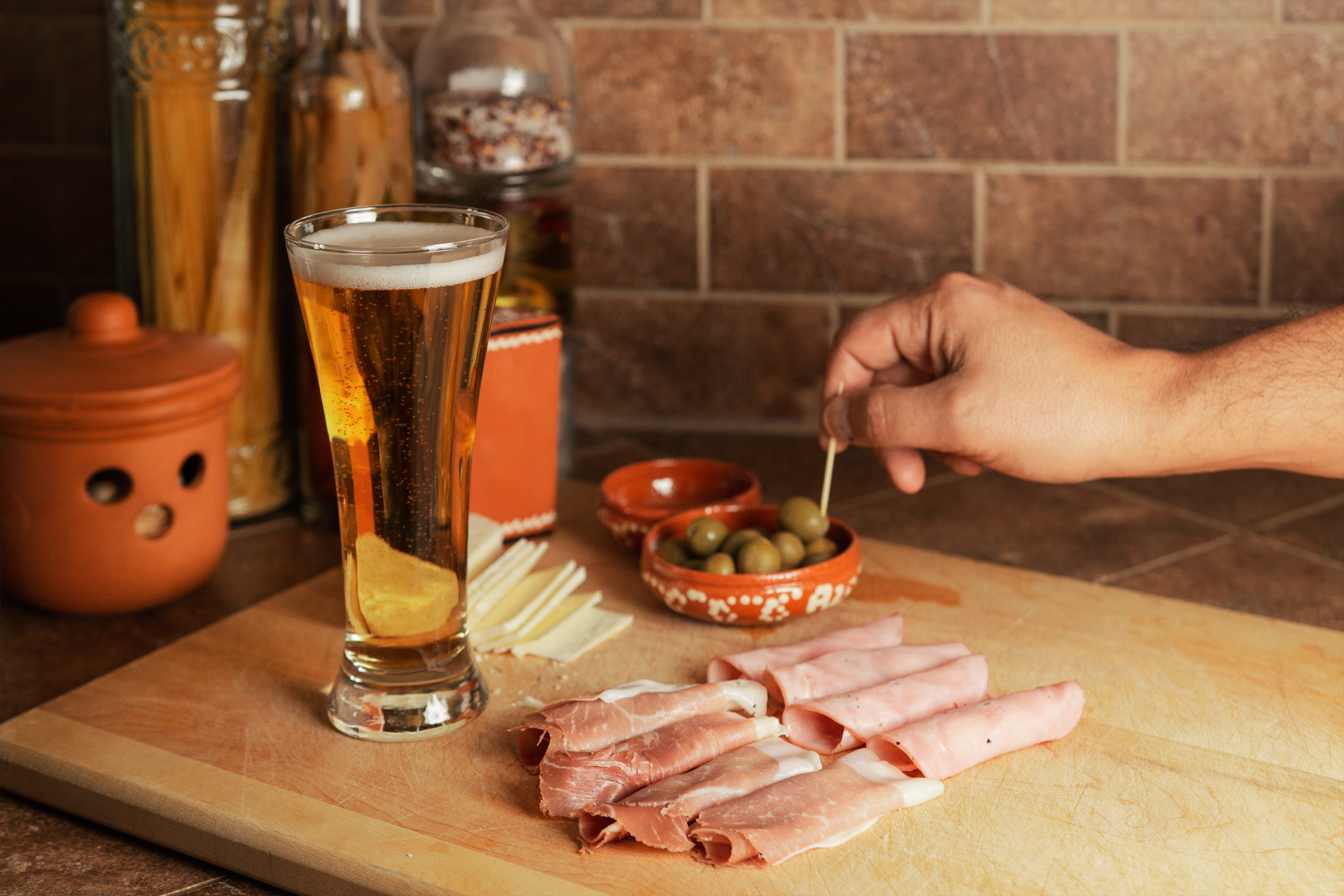 When I accepted the challenge of reviewing craft beer for Luso Life, I knew the task had to be taken very seriously. Canadians love their beer – it’s a fact. The cold climate of the Great White North made this a perfect environment for the European settlers to start brewing in the 17th century – no refrigeration, no problem. After the first commercial brewery opened in 1786, the floodgates opened and we Canadians have been enjoying suds ever since.

With over 250 craft breweries in Ontario alone, I had a huge selection challenge ahead of me. I started by carefully choosing eight local beers which I thought would be exciting and different. From hops to wheat to hemp, IPAs to organic, with the occasional splash of citrus – I decided we needed to represent a wide spectrum.

Then an old Czech Proverb came to mind:

“A fine beer may be judged with only one sip, but it’s better to be thoroughly sure”

It was time to readjust the plan, and bring in reinforcements. This new and improved plan involved a group of beer lovers and a designated driver. We sat, we drank and shared our thoughts as I took notes. The evening was a delicious success and we now have eight new favourites which I am delighted to share with you. 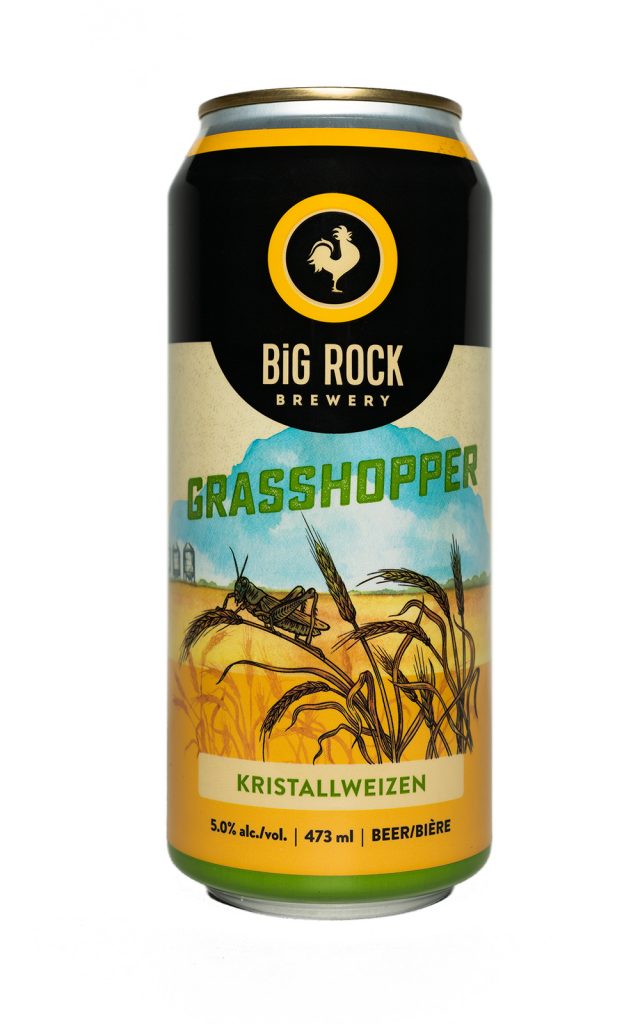 Big Rock Brewery originally started near Calgary, Alberta, Canada in 1985. It is now recognized as a local Ontario Craft Brewery as they have set up a Brewery in Etobicoke and a Brew Pub in Liberty Village. Grasshopper is their signature beer which can be enjoyed all year round. This German Kristalweizen (type of Wheat Ale) has citrussy notes with a crisp, clean finish and depending on your palate you may taste banana. Other noteable Kristalweizen’s include: Paulaner, Hacker Pschorr, Weihenstephaner, and Schofferhofer. 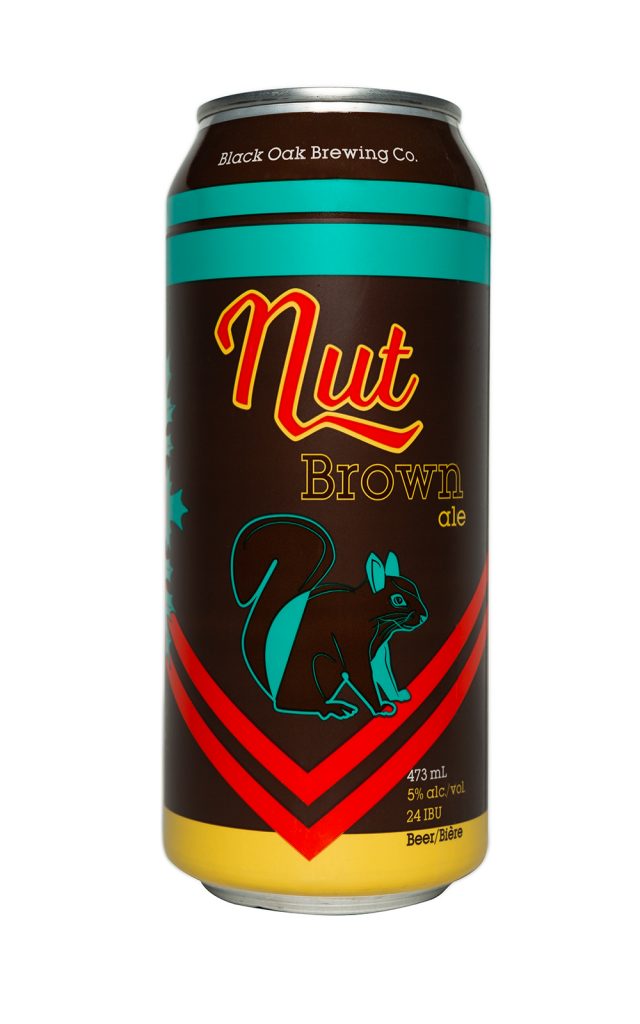 This year round Nut Brown Ale is appropriate for fall beer lovers as it has several exciting flavours including hints of chocolate and mocha. It is smooth and dark in colour. Although it looks like a heavy tasting dark beer when poured, due to it;s lower IBU content, it is lighter in taste. Other noteable or similar Nut Brown Ale’s include: Amsterdam Downtown Brown Ale, Newcastle Brown Ale, Wellington County Ale. 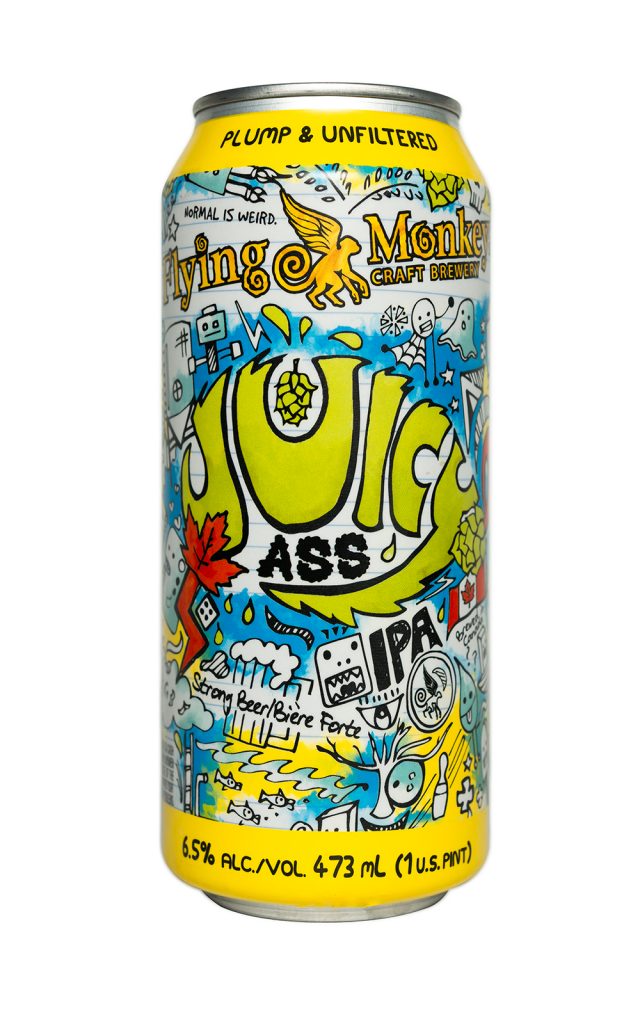 Flying Monkeys has become one of the most popular choices in Ontario Craft Beer over these past few years. Each beer has their own unique style and creative weird (“Normal is Weird”) packaging. The Juicy Ass IPA is not overbearing with hoppiness as it has very citrussy tones. Pine, tangerine and passion fruit seem apparent in taste. It is a clear in colour with a small amount of beer sediment. Other noteable or similar types of Juicy IPA’s include: Discover New England Style IPA’s, Sour Beers and West Coast IPAs. 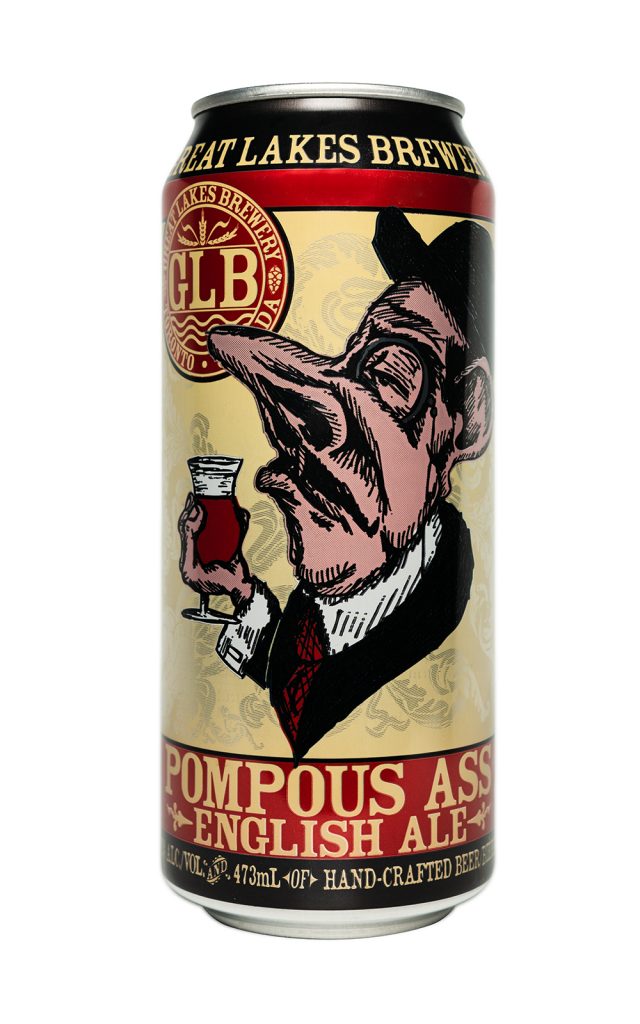 Great Lakes Brewery has been a Craft Brewer for over 30 years now. Located just off of the QEW in Etobicoke, Pompous Ass has become a popular English Pale Ale not only due to it’s catchy name but because it is a well rounded beer. It is not too bitter, smooth and has a dry finish. Although English Pale Ale’s are very popular during the fall and winter, because of it’s lower ABV and IBU, it can be enjoyed all year round. Other noteable or similar Pale Ale’s include: Old Speckled Hen, Granville Pale Ale and Big Rock Traditional Ale. 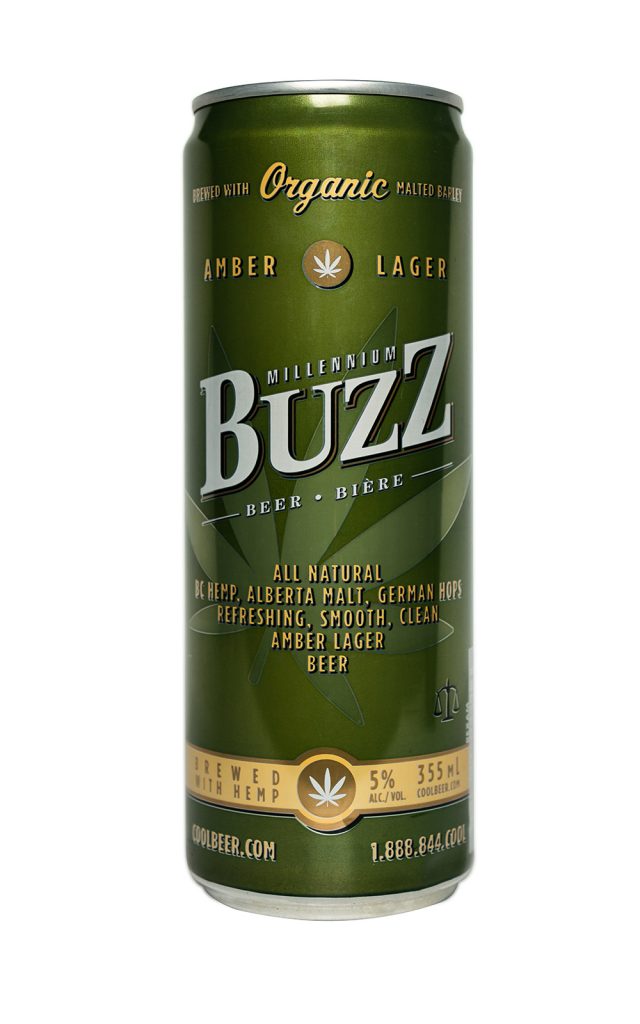 This is the only Hemp based lager in Ontario since 2003 and with the recent legalization of cannabis in Canada you can say that there will be an extra buzz behind this amber lager. Although this beer is made with hemp, it is overbearing or leaves a strong after taste. It has a light taste and with it’s amber colour has hints of caramel. It is available through 355ml cans and 4 pack bottles at The Beer Store, LCBO, and grocery store. Other noteable or similar types of Amber Lagers include: Amsterdam Big Wheel Amber, Cameron’s Red Bear Amber Ale, Keith’s Red Amber Ale and Creemore Lager. 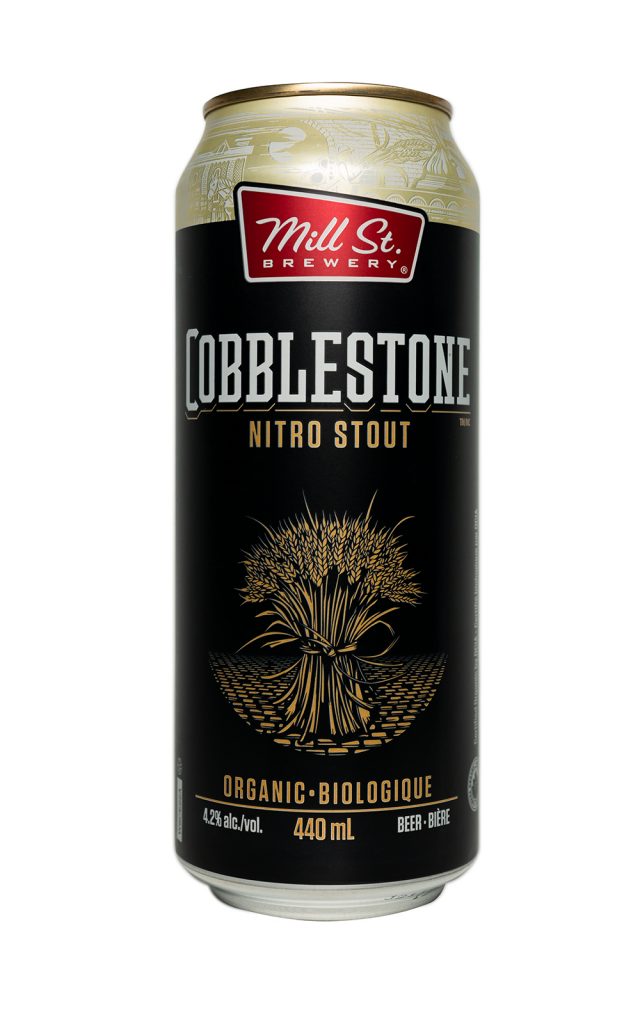 Recently Mill Street have announced that all of their beers are now certified organic. This means all of their Malt, Barley and Wheat ingredients in their beers are organic. This is a big commitment from a brewery which now has brew pubs available from coast to coast. This smooth, creamy, dark beer appears heavy but it is lighter in taste. Other noteable Stouts or Nitro Stouts include: Guiness Draught Stout, Belhaven Scottish Stout, Broadhead Dark Stout, Dragon Stout, Milk Stouts and Oatmeal Stouts. 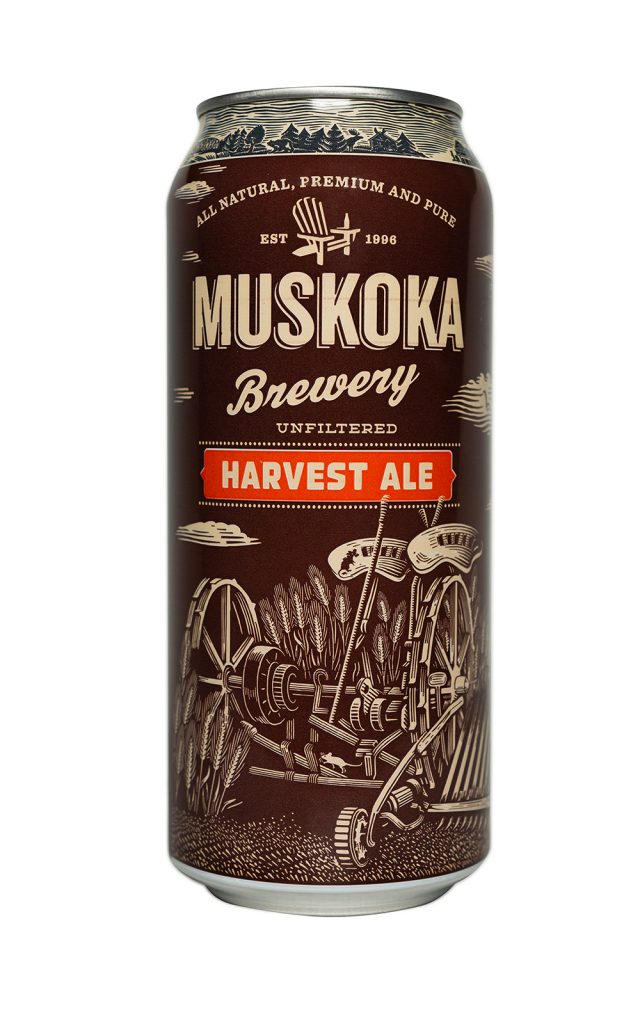 This Harvest Ale is seasonal and available throughout the fall. Harvest Ale appears in a clear, amber color. Although this Ale has a higher content, it is a smooth, malty ale. There are reminiscents of mango and grapefruit, but appears unfiltered as there is no sediment. Other noteable Ale’s include: Collective Arts Rhyme & Reason, Collingwood Downhill Pale Ale and Amsterdam Cruiser All Day Pale Ale. 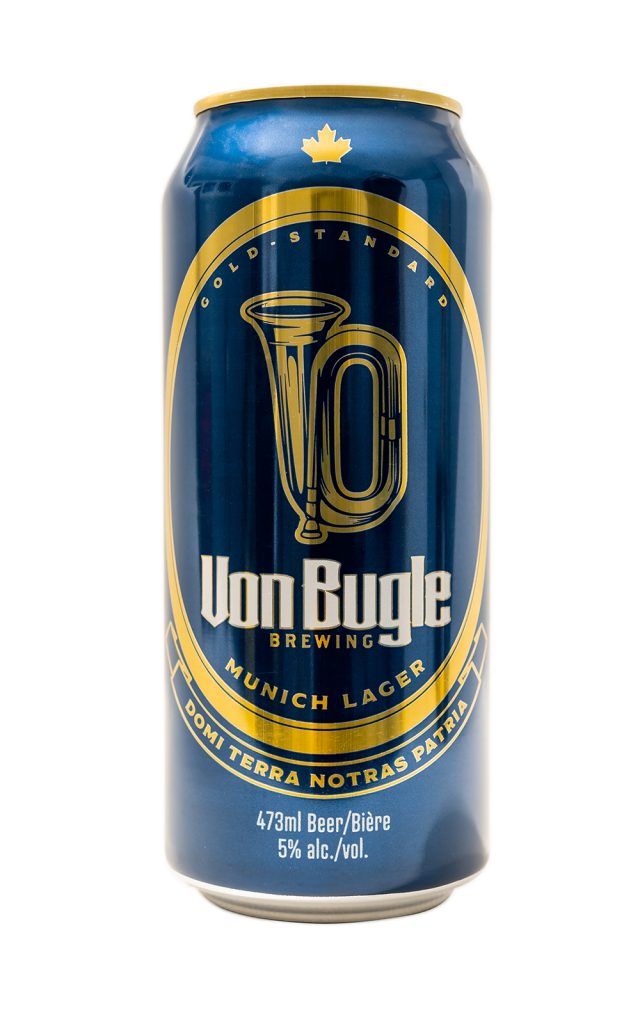 As Steam Whistle Brewery continues to do “one thing really well” (brew just one beer, Pilsner), in 2018 came the arrival of Von Bugle Brewery, a new brewery created by the founders of Steam Whistle. This Munich Lager is described as a “sessionable dark beer” with hints of caramel and is more of an all year round beer and not so much fall specific. It is a 5% beer which tastes lighter as it is not heavy despite it’s darker colour. It is currently only available at specific bars and restaurants and at the brewery on draught and for sale in cans. It will soon be available at The Beer Store, LCBO and grocery store outlets