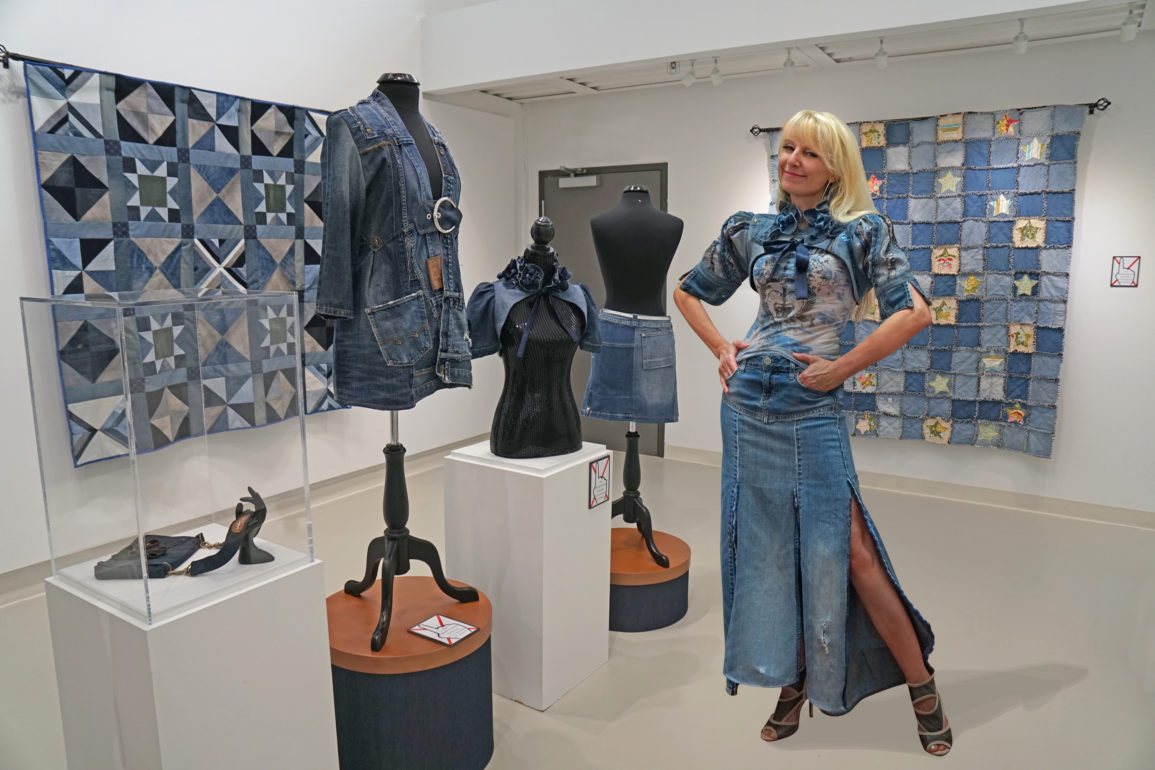 When I have the urge to create something new, I like to turn to something old and re-invent it. For a few years I have been recycling Denim to create one-of-a-kind pieces of clothing to wear for myself.

Donations from my family members inspired me to make wearable items I never thought I could sew.  I made a jacket, vest, two skirts, small purse, two boleros and an apron.  Working with Denim was fun, it was just like building a puzzle.  Combined with other materials and finishing with embellishments — what once was old, it’s new again!

One day I saw an ad on the Joshua’s Creek Neighbours magazine requesting for Denim items to be lent for a community exhibition, I submitted photos of my pieces and the rest is now part of “history”.

The Museum of Oakville’s Curator of Collections, Carolyn Cross and her team organized an exhibition that was fulfilled by the residents.  This unique exhibition entitled “From Work Wear to Everywhere” was held at the Queen Elizabeth Cultural Community Centre in Oakville and the exhibit became the living soul of the community from July to September.

“From laughter to tears, love, work and relationships, we wanted to know the stories behind each piece” says Carolyn.  “We collected a variety of artifacts that meant a lot to people and we wanted to share their stories with the community”.

Little did I know that my creations had a purpose, not only to wear, but to be displayed as pieces of art.

The Museum digs to the roots:  This strong and durable material originated in the 15th Century in the port of Genoa, Italy and it was mainly used to make sails.  The fabric was dyed blue by Indigo traded with India.  The usage expanded to clothes for the Genoa Navy and the fabric was exported as “bleu de Genes, hence the words “blue jeans”. In Nimes, France, a similar cloth was made, just a bit sturdier “Serge de Nimes”, eventually the word ‘serge’ as dropped and it became fabric ‘de Nimes”, known today as “denim”.

By the 19th century, work wear created with locally made denim by European immigrants Jacob Davis and Levi Strauss were a hit in North America.  Davis made tents, horse blankets and wagon covers during the Gold Rush in the late 1800s. He had the idea to make pants from the denim bought from Levi Strauss, who owned a dry good business in San Francisco.  They became partners and in 1873 the “Levi waist overalls” became the most popular workwear in the west.  People called their overalls “jeans”.

My pieces also travelled for a good cause, in October the Museum of Oakville took the exhibit to “Frayed”, a fashion show organized by West of the City Magazine to raise funds for ArtHouse on October 6 at the Budd’s Imported Cars Jaguar.

I am in love with Denim – I never imagined that to use, re-use and re-invent was so much fun and that it had so much importance.  Maybe I should reimagine this thought. 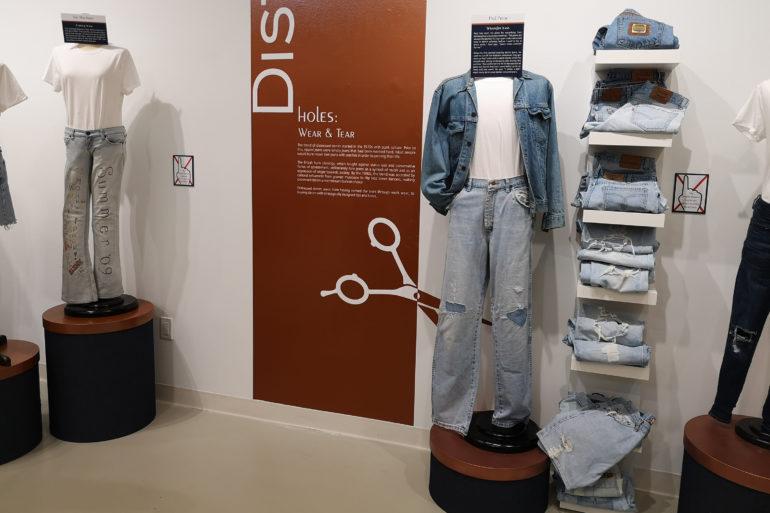 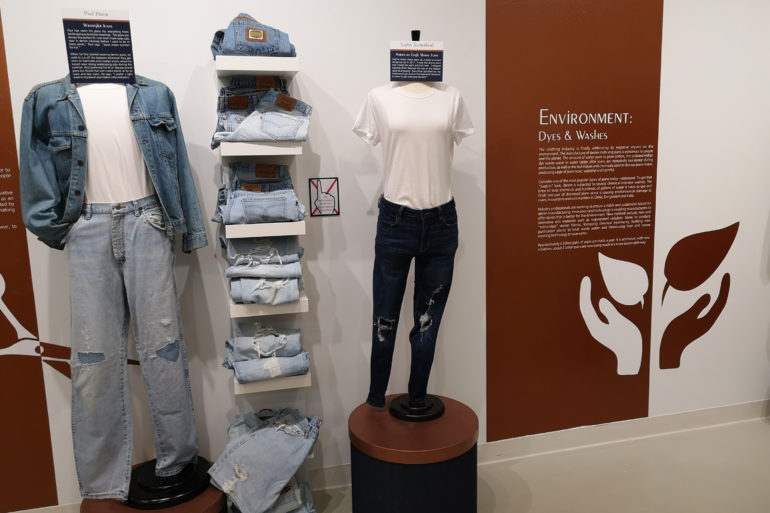 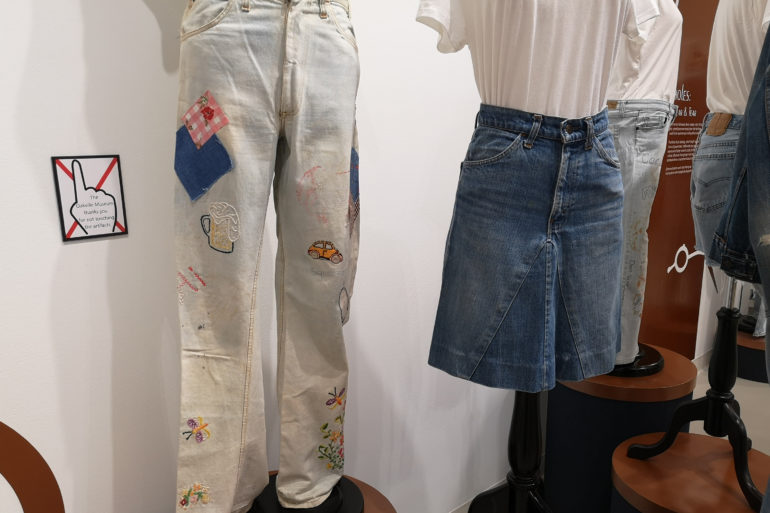 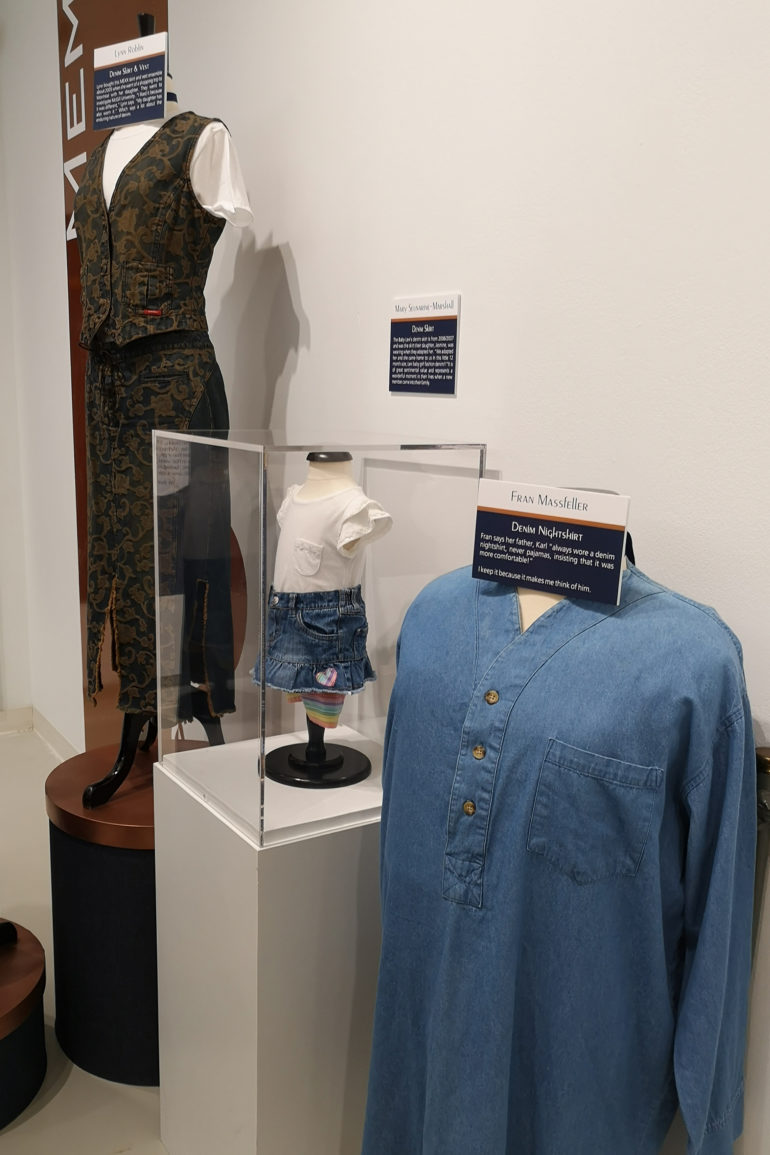 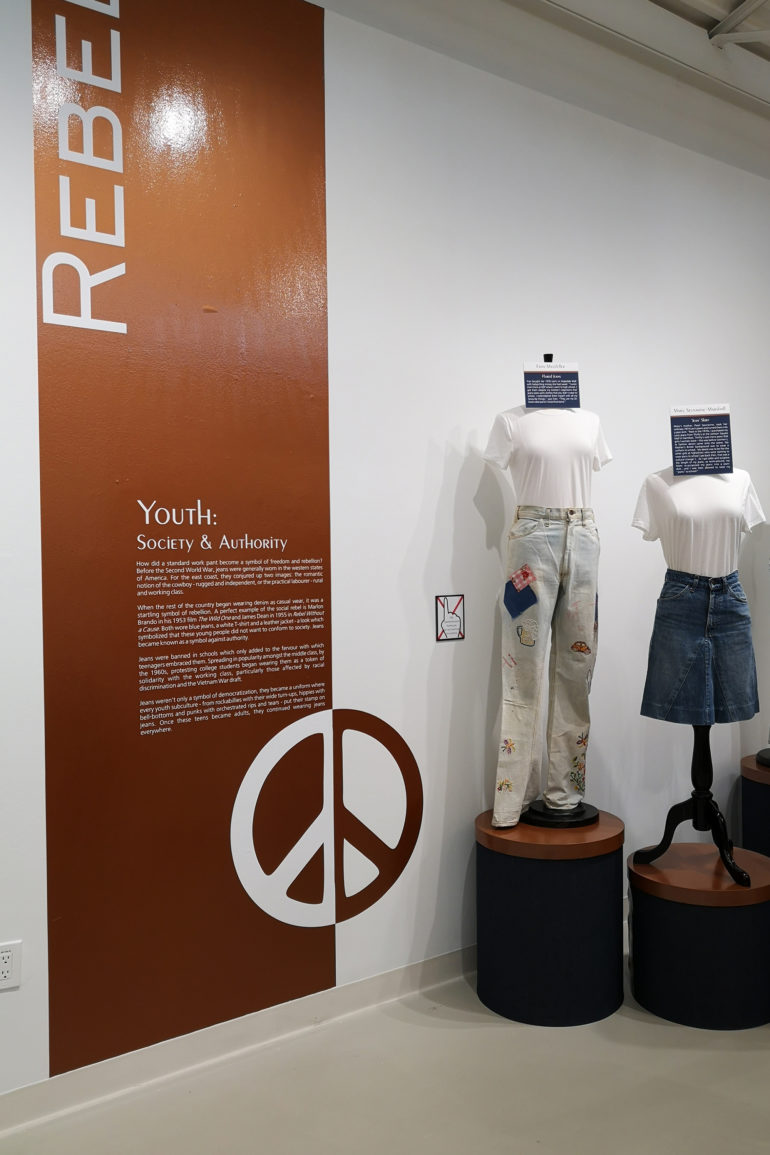