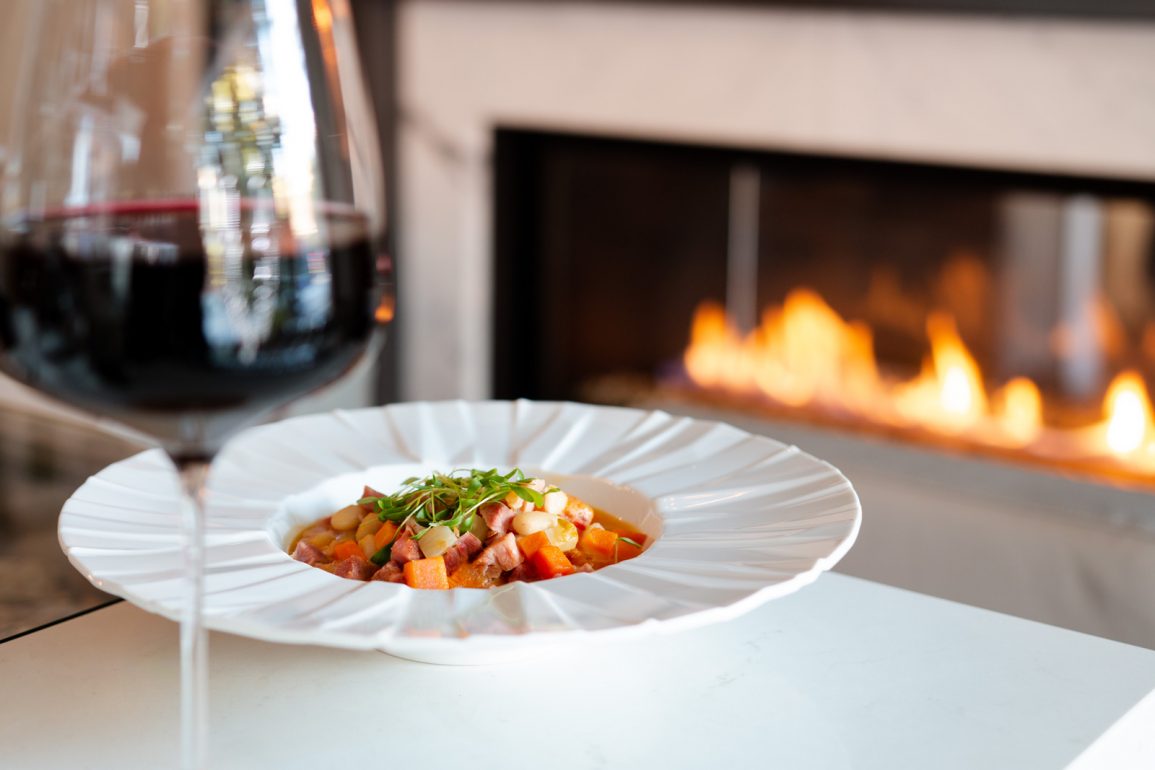 FROM THE FARMER'S TABLE IN PORTUGAL TO FINE DINING IN CANADA, YOU'VE COME A LONG WAY BABY

At its core, feijoada is pork and beans. In fact, its name is derived from feijão, which is Portuguese for beans. It is considered Luso soul food and is served in Portuguese speaking households throughout the world – Macau, Angola, Cape Verde, Guinea-Bissau, Mozambique, Goa, India and Brazil. So delicious, that it is considered Brazil’s national dish. So versatile that there are countless variations which use local ingredients – the Trás-os-Montes region of Portugal uses red kidney beans and cabbage, where Minho uses white beans and chouriço (Portuguese smoked sausage), and Brazil’s version is famous for using black beans.

This rustic meal was born in the rural areas of northern Portugal during the 15th century. Unlike the rich, who were privy to daily intakes of fresh meat, the common folk needed to salvage all parts of the animals they raised. After rationing it over time by means of salting and curing, meat would then be stewed with vegetables giving origin to the feijoada we know today. Although it is considered by many to be one of Portugal’s finest gifts to the taste buds of the world, it is rarely considered a delicacy pristine enough for fine restaurants.

Cristina Da Costa, owner of Flor de Sal Restaurant has set out to change that. After inheriting her mother’s recipe, she has spent the past 15 years experimenting with different beans, meats and techniques to bring us the most refined, light version of what is typically a very heavy meal.

We refuse to compromise on taste or quality.

When asked about her feijoada, Cristina was naturally very tight lipped, but did offer some insight, “The smoked pork is very important, as is the slow roasting process I use for the vegetables. Actually, the entire process is quite time consuming. From start to finish the feijoada takes 24 hours before it is ready to be served.”

These are the types of things that set Cristina and Flor de Sal apart from many other Toronto restaurants. The originality of the recipes – a delicious fusion of Mediterranean flavours, the patience to make every meal perfect and the freshness. “Every ingredient we use is fresh, and every herb we use is from our garden. We refuse to compromise on taste or quality.”

After finishing my meal, I take a sip from my wine and make one final attempt at cracking the feijoada code. “Well, let’s just say there are only two places where you will ever eat this meal and the second is at my home.”

I will never be able to reproduce the secret Flor de Sal recipe and I’ve slowly come to terms with that, but how do I handle a feijoada emergency? The boys are coming over on a Saturday night to watch John Tavares and the Leafs (hopefully) beat up on Le Habs, a Portuguese Chili should be on the menu. Problem solved. I challenged Rosa Bandeira, the unofficial “chef” at MDC Media Group and asked her to create a simplified version that I could easily make in an hour and she delivered. Bom apetite. 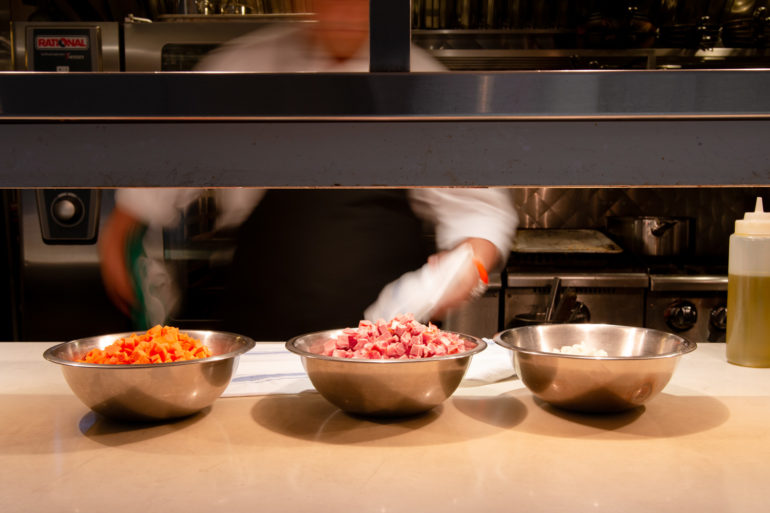 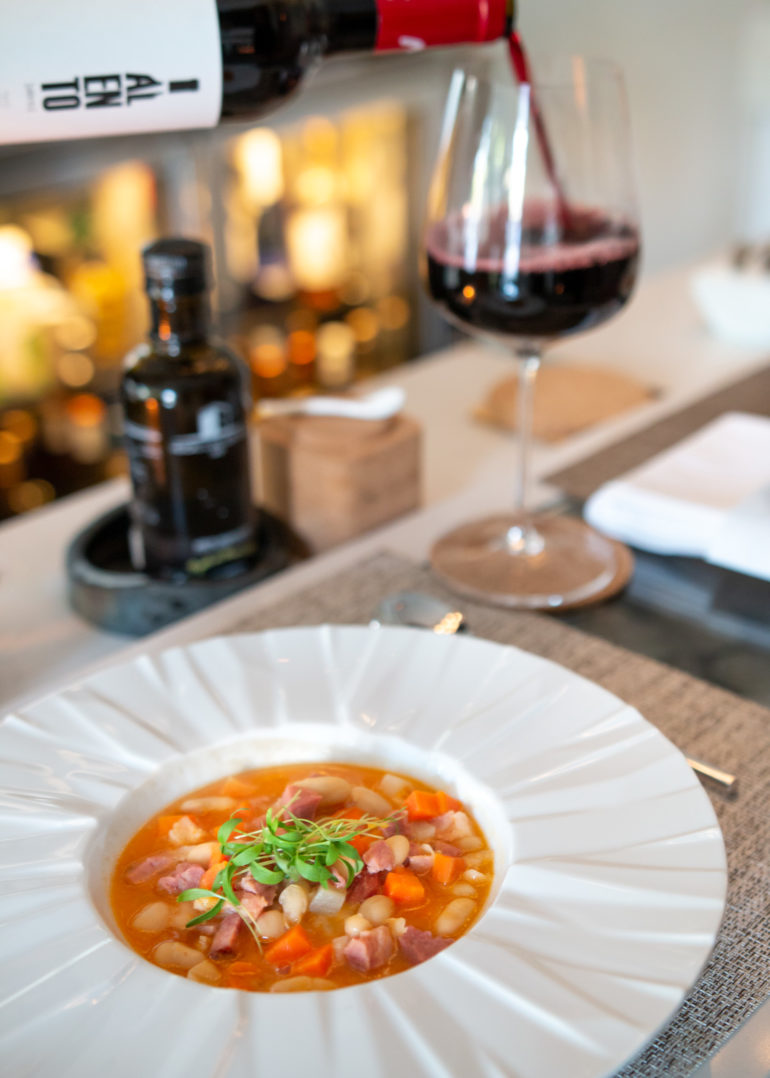 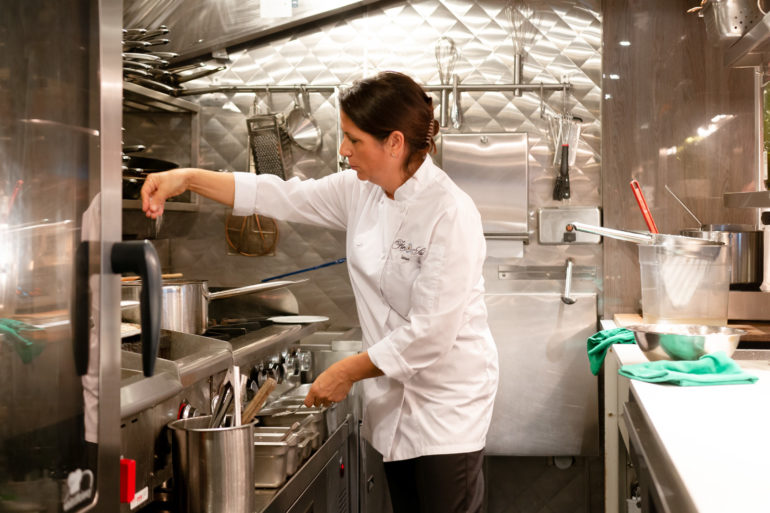