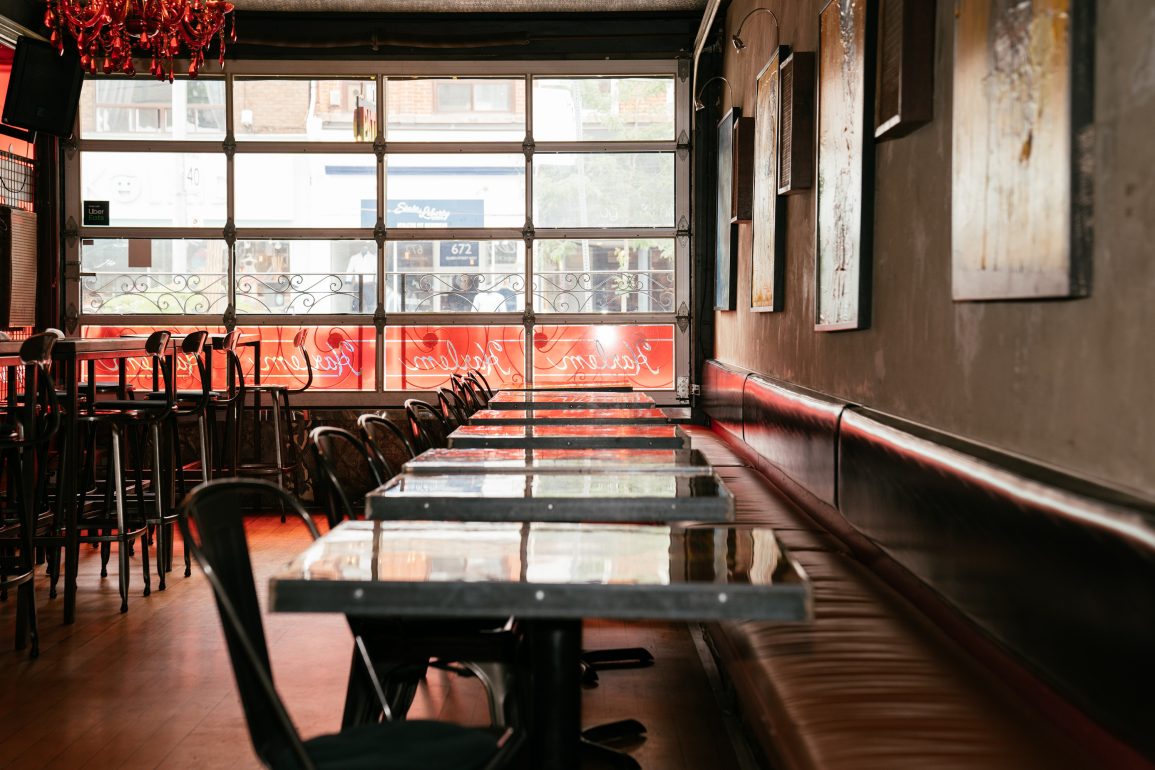 Ana Silva and Carl Cassel are co-everything. The couple are lovers of art, parents of five children and restaurateurs who work and live in the same building. This article gives a snippet of Ana and Carl at work—click here to to read about their home.

If you’re looking to hang out in one of the hippest neighbourhoods in the world, look no further than Toronto’s Art and Design District. This stretch of Queen Street between Bathurst and Gladstone is filled with galleries, bars, nightclubs and restaurants. One of its mainstays is Harlem Underground, which has been a part of the area’s colourful landscape for over 10 years.

This is the second incarnation of the restaurant—the first being Harlem East which was also located in Toronto, at Church and Richmond. “Harlem was doing well, and Carl was running Irie Food Joint at this location, so we decided to convert it to Harlem Underground. Eventually, we sold the first location to concentrate on one,” said co-owner Ana Silva.

This is a multi-faceted venue—restaurant, live venue, night club and art gallery which also holds private functions. In fact, their tagline is very self-explanatory music, food, art and cocktails—Ana explains:

Harlem East had almost daily music where Harlem Underground has lots of live, but we bring in more DJs because the scene is more geared toward that. Some of the staff are DJs and in the past some of them were performers as well. Monday is Jazz night. During the summer we open the front window and jazz is bellowing onto Queen Street—people love it! Neil Brathwaite is a jazz sax player who brings musician friends to perform with him every week. We also have live music on Fridays and DJs on Saturday.

The food is a Caribbean-southern fusion with lots of choices. Our southern fried chicken & waffles have helped make us famous, in fact we have many people that drive in from the suburbs to eat them. Right now my personal favourite is our veg curry roti. Many of our recipes are fairly complex. When you’re dealing with Caribbean food there are a lot of spices that go into the dishes. Food is Carl’s domain—we use his recipes—he came up with the menu. Some are very old from the Irie days and some are new, for example, we just added jerk pork.

Art has always been a strong component and it hangs on all the walls. It’s what we love, so it’s something we’ve always incorporated. We’ve had multiple local artists do shows here, otherwise we display my husband’s paintings.

Naturally we have a lot of Rum based cocktails, but The Bloody Jerk is without a doubt our biggest. It is basically a Caesar garnished with a delicious skewer of mini fried chicken and waffles, candied plantain and a crunchy deep-fried pickle.

When you think Jamaican cuisine, spicy jerk chicken is probably the first thing that comes to mind. It is served throughout the island from roadside shacks to fancy restaurants which makes it indisputably a Jamaican tradition. Just as (or debatably more) famous, is Jamaican rum and since gastronomy shouldn’t just be on your plate, Harlem Underground decided to share a recipe that can be consumed from a glass—Ragtime Rum Punch. 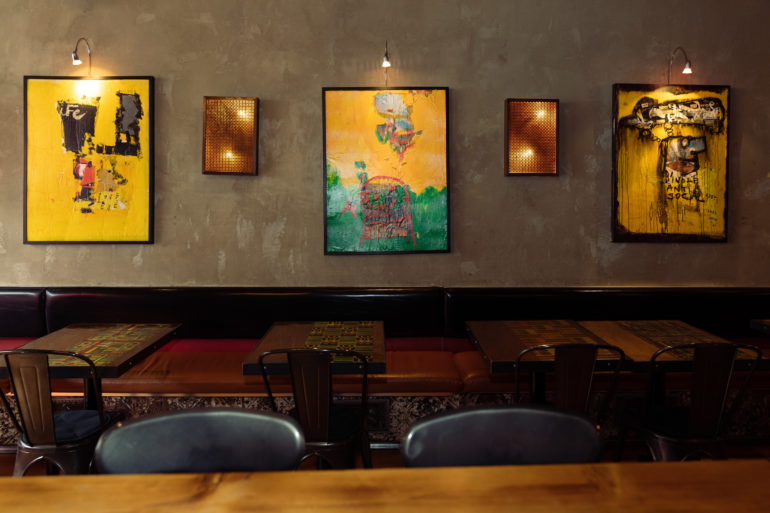 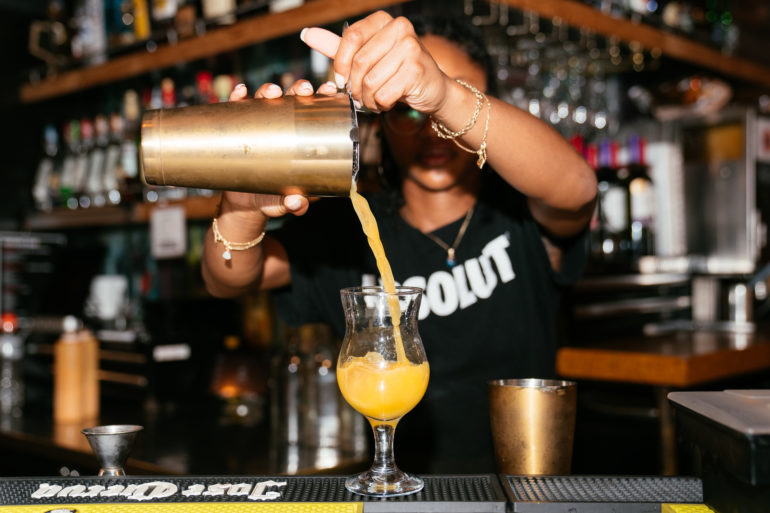 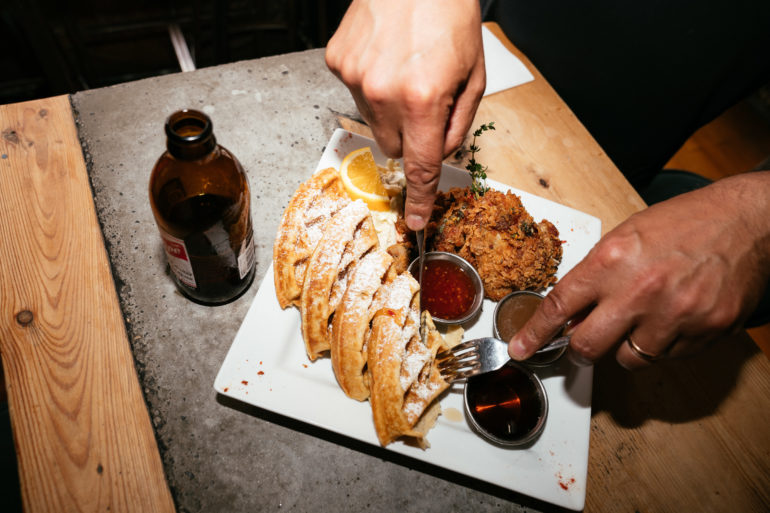 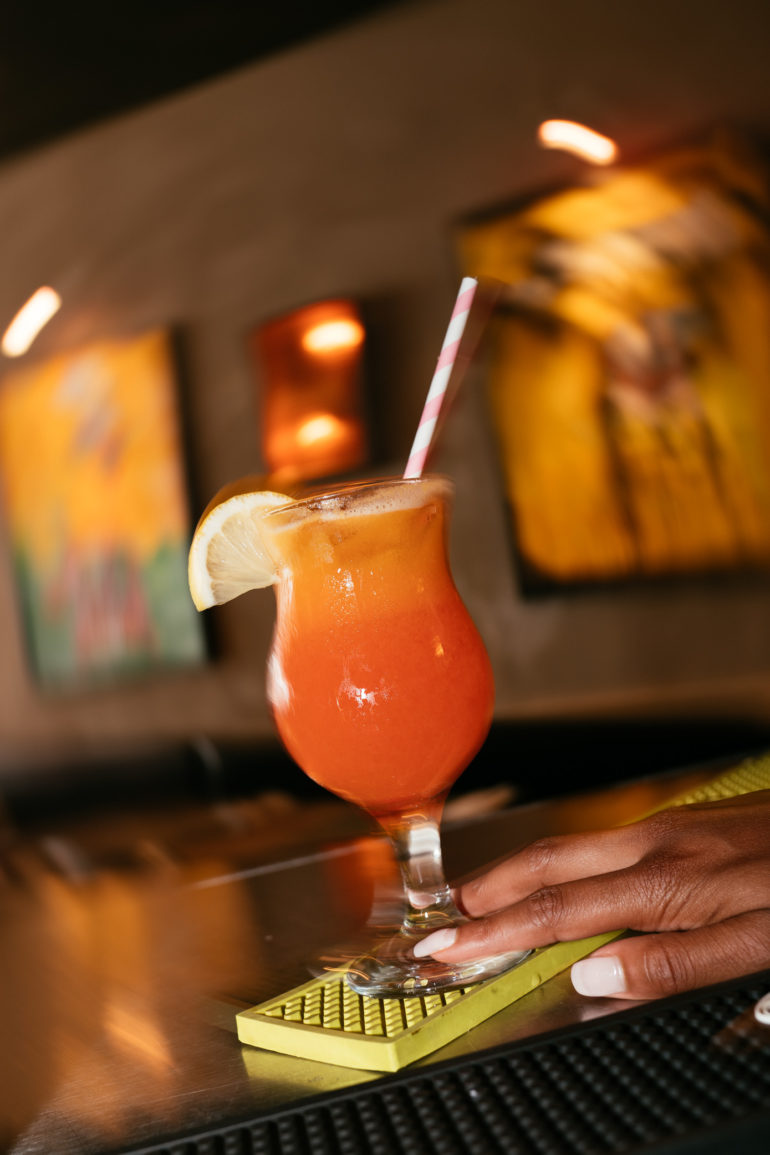 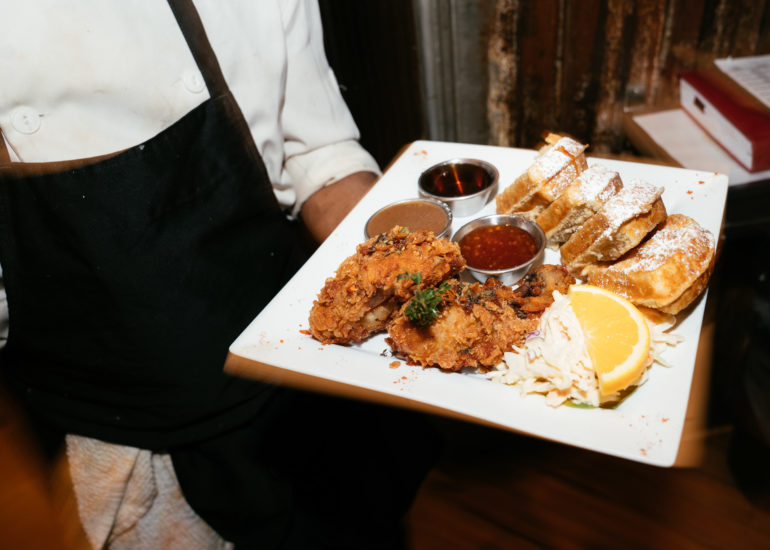 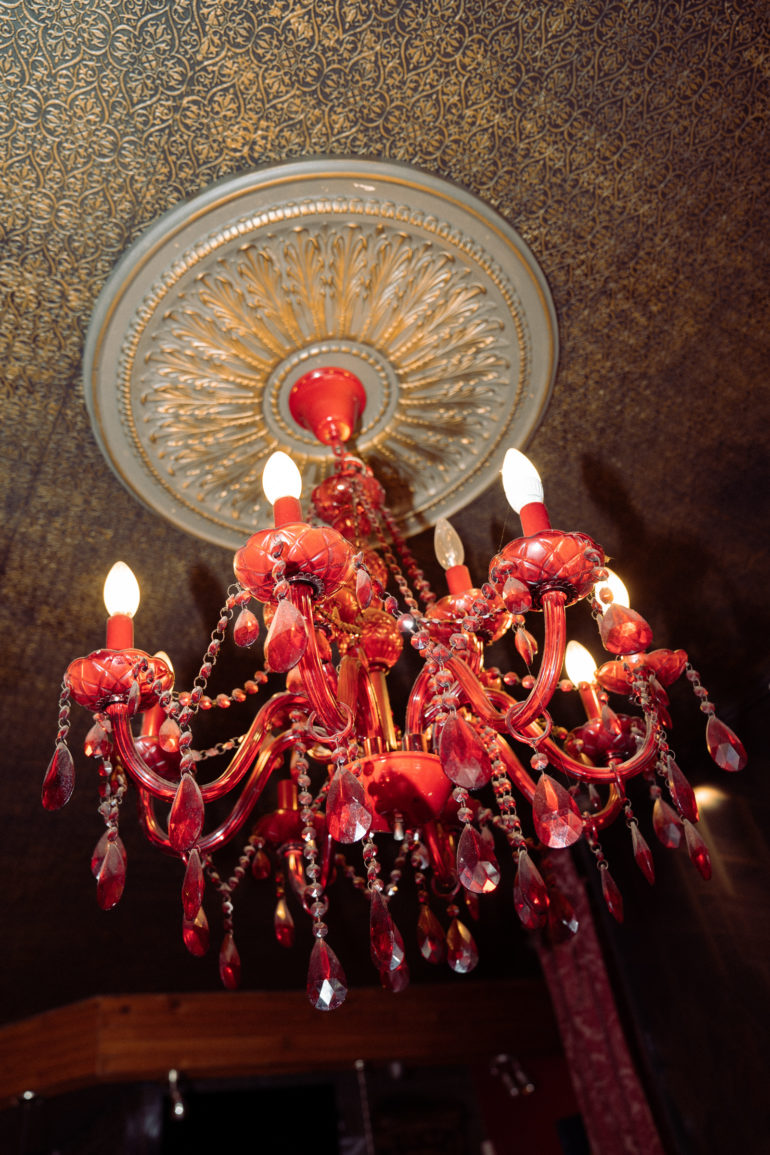 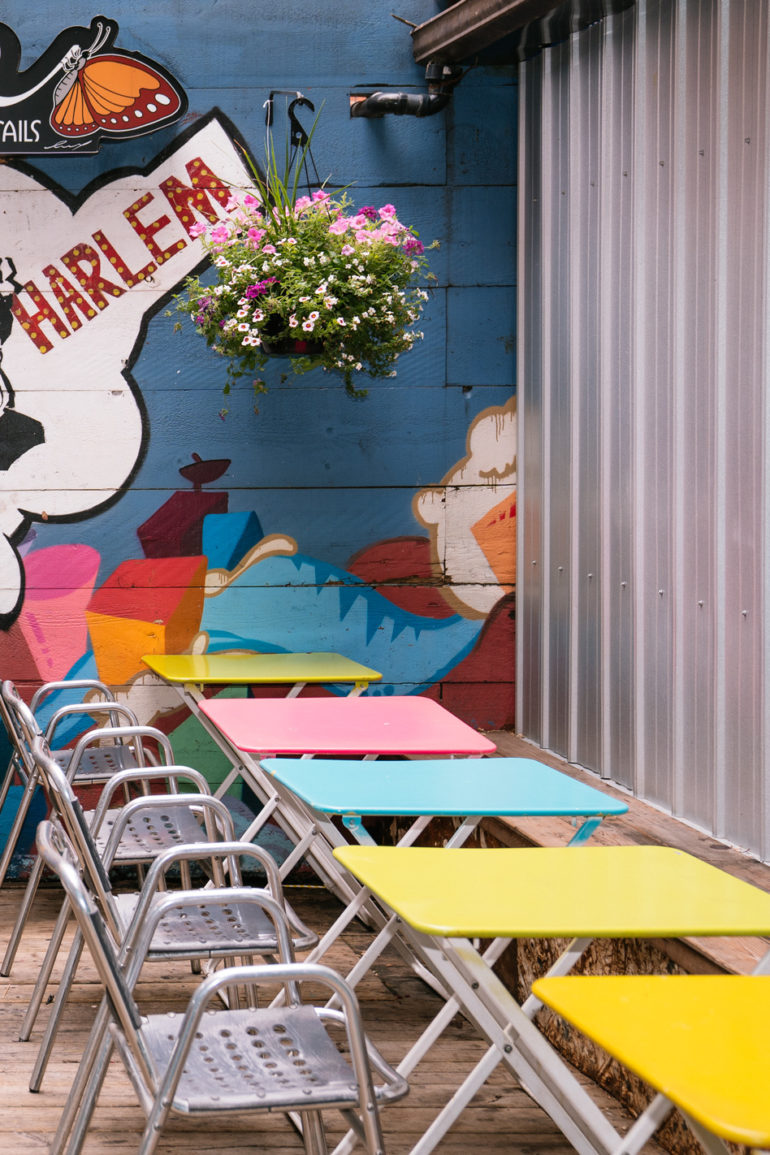