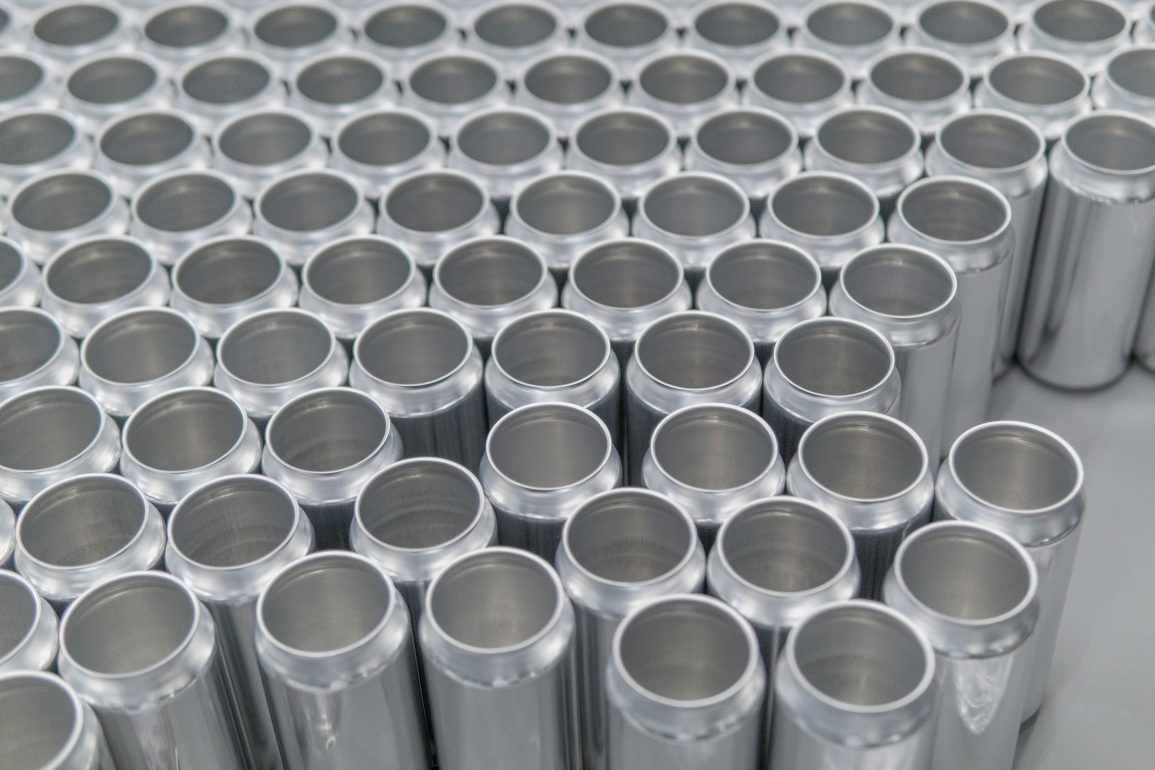 It’s in the can

I’ve had my fair share of beer—some great and some claiming to be great. For the longest time, I, like many people, relied on The Beer Store to indirectly steer me in the right direction. I’d walk in, stare at the daunting list of beers hanging on the wall behind the counter, then back away and grab a case from their display cooler which contained the top selling beers. This top ten was usually split between the big players—mainly products from Molson and Labatt.

One of my go-to beers at the time was Carlsberg, and in 2002 they topped all their bottles with flags in celebration of the World Cup. Their advertising worked, and to complete a set of bottle caps for my son, I purchased more beer. I collected all 32 caps. On my next trip to The Beer Store, with toddler in tow, I did the routine—walked in, stared at the daunting list of beers and turned towards the cooler, when I heard a small voice say, “Why don’t you try that one, daddy? The one with the red baseball cap.” That question opened a door of flavours.

Choices during future visits to The Beer Store were based on labels, caps and a quest to add new caps to Noah’s collection. Once the world of different beers was opened, there was no turning back.

Not all of us are in search of Budweiser-esque beers…luckily Ontario has over 260 craft breweries producing suds to satisfy all palates. One of my favourite craft-breweries happens to be in my neighbourhood. Since 2015, Brock Street Brewing Company has been serving up award-winning beer to myself and thousands of other thirsty customers. Equally as fantastic, are the people behind the brews.

When I met with Chris Vanclief and Mark Woitzik—two of the four owners/co-founders to take some photos and talk shop, the first thing I noticed was the positive energy that both men exuded. Within minutes we were making plans for a new brew with all proceeds going to charity! So why is Brock Street brewing a small batch of Luso Life Espresso Milk Stout (just in time for Christmas)? Because we asked… and that is the type of guys they are.

Luso Life: What was your introduction into brewing.

Mark Woitzik: To be honest, my wife told me to get a hobby. I was a workaholic. I connected with some of my buddies and decided brewing would be cool. We wanted to do it right, not with basic home-brew kits, so I purchased a Brew-Magic system which allows actual brewers to create test recipes. It uses all grain and it is like a mini brewery that produces 58 L of beer at a time.

The first beer I wanted to create was similar to the Upper Canada Dark Ale from the early 90s, before the company was taken over by Sleeman.  The beer we created tasted nothing like a Canada Dark but it tasted amazing like Murphy’s Irish Stout. I was hooked from day one.

LL: Tell us about how Brock Street Brewing Co. got started.

MW: After we started home-brewing it was just two of us at first and then a couple other friends started to join in. We had so much fun and we started hosting parties sharing our “homebrew”. People were amazed how good it tasted. We had a bunch of batches that weren’t successful, but the ones that were successful were unbelievable. We started to believe we could actually make a go of it starting up a brewery.

Our first push was to make a pitch to buy the fire hall from the town of Whitby which was vacant for 15 years. That didn’t work unfortunately. So we opened up in a small industrial area on Hopkins Street to see how it would go. The lineups were out the door on day one and we continued to make a push to move to our namesake, Brock Street. Eventually a lot came up that we were able to purchase in downtown Whitby and we were able to build and open up downtown.

LL: You’re a successful lawyer, did your wife think you were nuts when you decided to go off with your buddies to open a brewery?

LL: How do you set out to make a new beer? Do you source out inspiration from other beers? Are you constantly experimenting?

To be clear, none of the founders are actually brewers. We don’t brew the beer for the brewery. We have Blayne Caron, a German trained brewmaster—we give him ideas and he will make suggestions on whether or not they will work. We are not talented enough to create consistent great tasting beer so we need to rely on experts. Blayne trained in Germany and is outstanding. His beers won numerous awards at the Canadian and Ontario brewing awards.

LL: What makes a great beer?

MW: Real ingredients. We only use barley, hops, yeast, and when we do incorporate fruit in our beer, we utilize real fruit. We don’t use extracts, we don’t pasteurize our products, and we brew it fresh. We have 24 fermenters which is substantial for a craft brewery, so we can keep our products fresh and rotate options regularly.

LL: If we design the can, how hard is it to get a Luso Life Espresso Milk Stout on the market?

MW: This is a great idea. Absolutely we would help you make that happen. We have a great Milk Stout right now that won a gold medal at the Ontario brewing awards. It is one of our most popular products. We could make some modifications and create your desired flavours, no problem whatsoever.

LL: Thanks to the Covid pandemic, it’s now easier than ever to get your beer in the hands of thirsty friends all over the province. Are you able to keep up with demand?

MW: We were able to keep up with demand this summer, but it was pretty crazy. We were one of the first to immediately switch to online deliveries province-wide. It helped get us through the crazy times and is helping us get through these times right now.

LL: Take us on a tour of the beers you presently brew.

MW: There are loads of beers that we have right now. Over 12 in stock—everything from a Blonde Ale to a Bourbon Barrel Imperial Stout and flavoured beers like our Strawberry Cherry Sour. To get an idea of what we are currently offering, it would probably be easier for readers to visit the website. The website has tasting notes for everything as well.

Over and above what’s on the website, we also have a number of seasonals coming up for Christmas. Peppermint Stout, gingerbread Stout, winter spruce lager, to name a few.

LL: What beer would you consider your “very best”?

MW: That is a tough question because my palate changes throughout the year. I am a classic beer drinker and love a bohemian Pilsner. That was a Gold medal winner at the Canadian Brewing Awards. That is normally my go to. I also like the German Dark Lager that was just released.

LL: Last year my daughter and I were at Canadian Tire Motorsport Park for the Sportscar Grand Prix and it was very, very hot. Luckily, I had a designated driver and plenty of your 61 Lager on hand! Have you had any other special releases? What about collaborations with other brewers?

MW: We have collaborated with lots of businesses and bars to create special products, like the 61 Lager you mentioned. We have also collaborated with other breweries in the past and they are a lot of fun to do. We are always open to ideas and collaborations as it raises the profile of both businesses and allows for some cool ideas to flow between the brewers of the respective companies.

LL: With so much growth in the craft beer scene, including quite a few local breweries, do you think we’ve hit a saturation point? What do see for the industry going forward?

MW: There are certainly a lot of breweries around the province.  People are continuing to gravitate towards local made products and once they taste a good craft beer, they generally don’t go back to mainstream products. Craft brewers used to have a reputation of doing some crazy stuff, really hoppy beers, really funky creations, etc. and for the most part, craft brewers continue to produce limited quantities of those styles. However, craft breweries also create some amazing lagers, pilsners, and ales as well, to go along with their unique creations, and I think the general public is recognizing this. If a brewery makes a great product, I think they will be fine. It is a challenging market as a lot of the bigger brewers now are getting into home delivery as well, something they didn’t do in the past.

LL: What’s the furthest tap house outside of Whitby serving your beer?

LL: As an owner, what do you do? What’s the best part of your job?

MW: I am in charge of the growth aspect of the business, trying to find new opportunities and grow the company. I’m the guy who has to think five years down the road.

LL: In Ontario, I can walk down the street taking hits off a joint with no repercussions, yet sitting on a park bench with a sandwich and a Brock Street Blonde is a no-no. What are your thoughts on differences in the public consumption laws between cannabis and alcohol?

MW: For some reason, alcohol has a stigma that social drinking in public is not acceptable. It seems odd that my wife and I can’t go for a picnic and have a glass of wine or a beer but are free to smoke a joint as you suggest. I think that will change. It changed for cannabis fairly quickly and the current provincial government seems open to relaxing some of the liquor laws. Hopefully people do not take advantage of it. These laws were put into place to avoid drunkenness in public.  It only takes a few bad apples so to speak. Drinking and driving is also a serious issue that we have to be conscious of.

MW: We have not launched a cannabis beer at present but it is something we would consider. Based on the current rules, I imagine you will be able to drink non-alcoholic cannabis beer in public.

LL: Would anyone catch you drinking a Bud? Are they really the king of beers?

MW: I haven’t had a Bud, Coors Light or Canadian in over 20 years. I started drinking craft in the early 90s. I’m not critical of those who do, because everybody has their choice of beer that they enjoy, but I do prefer the freshness of a good craft beer over a mass-produced product.

LL: Outside of beer and law, do you have any hobbies?

LL: And last but certainly not least, is Saturday really for the boys?

The recipe is designed to mimic the flavours of a cup of espresso with milk, and a biscotti. the Munich malt adds some complexity to the beer and imparts the biscuit flavours reminiscent of the biscotti, while the roasted barley provides coffee flavours complimented by the inclusion of actual espresso beans. The lactose sugar adds some sweetness and gives us the milk impression to finish off the beer. 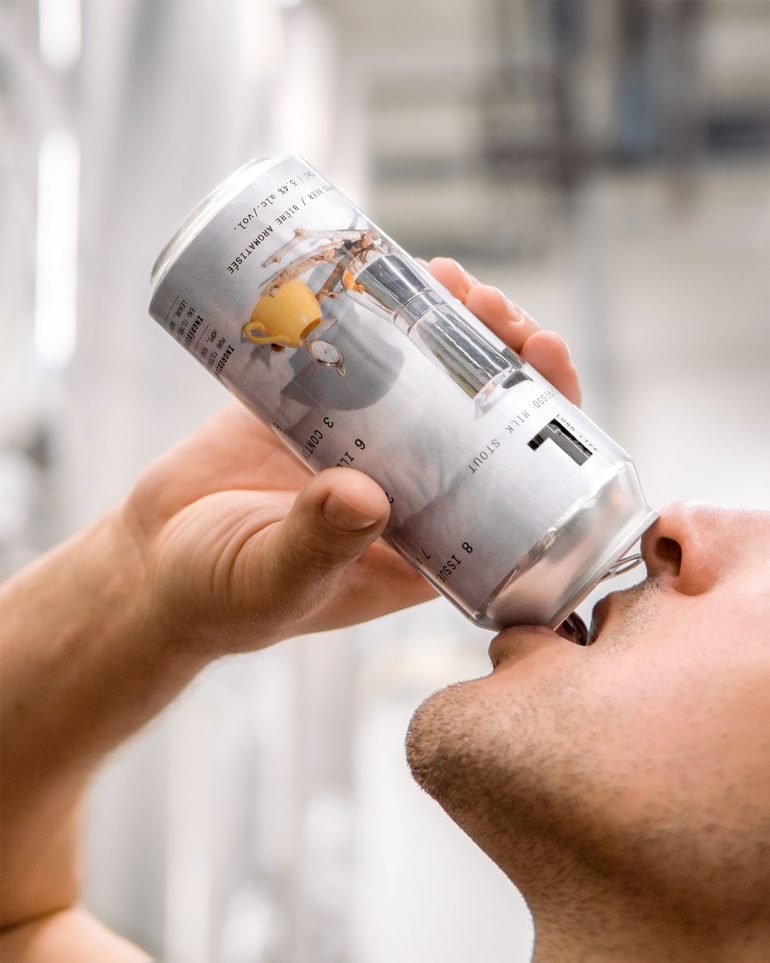 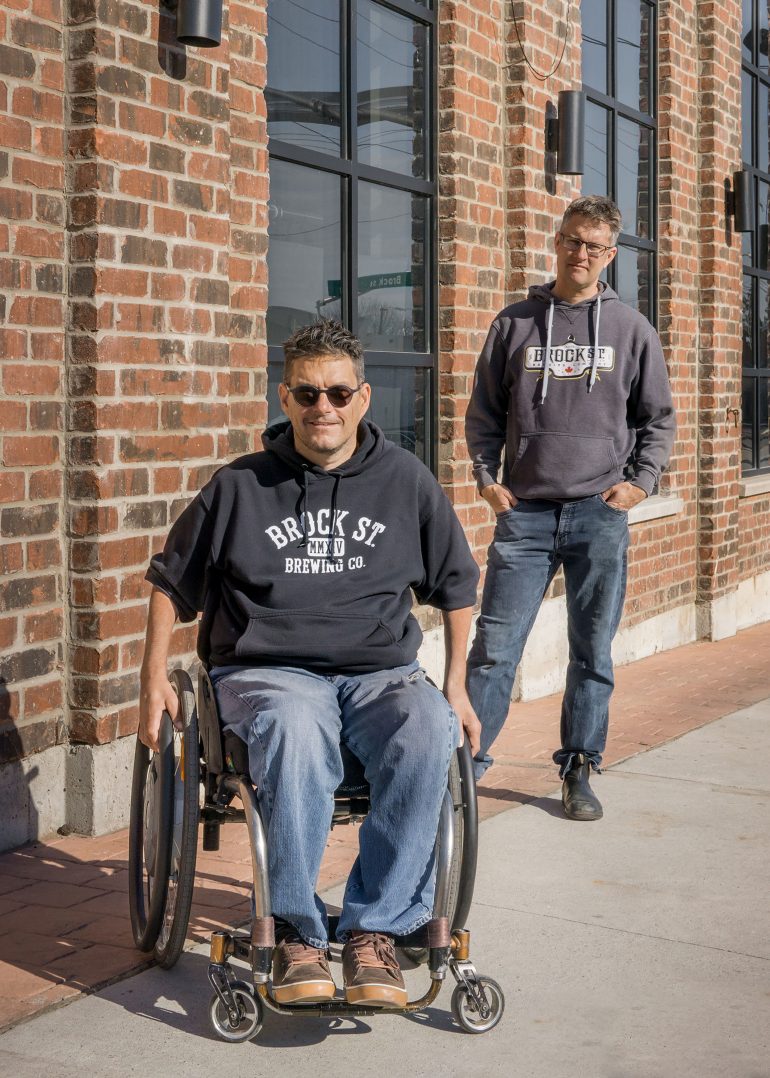 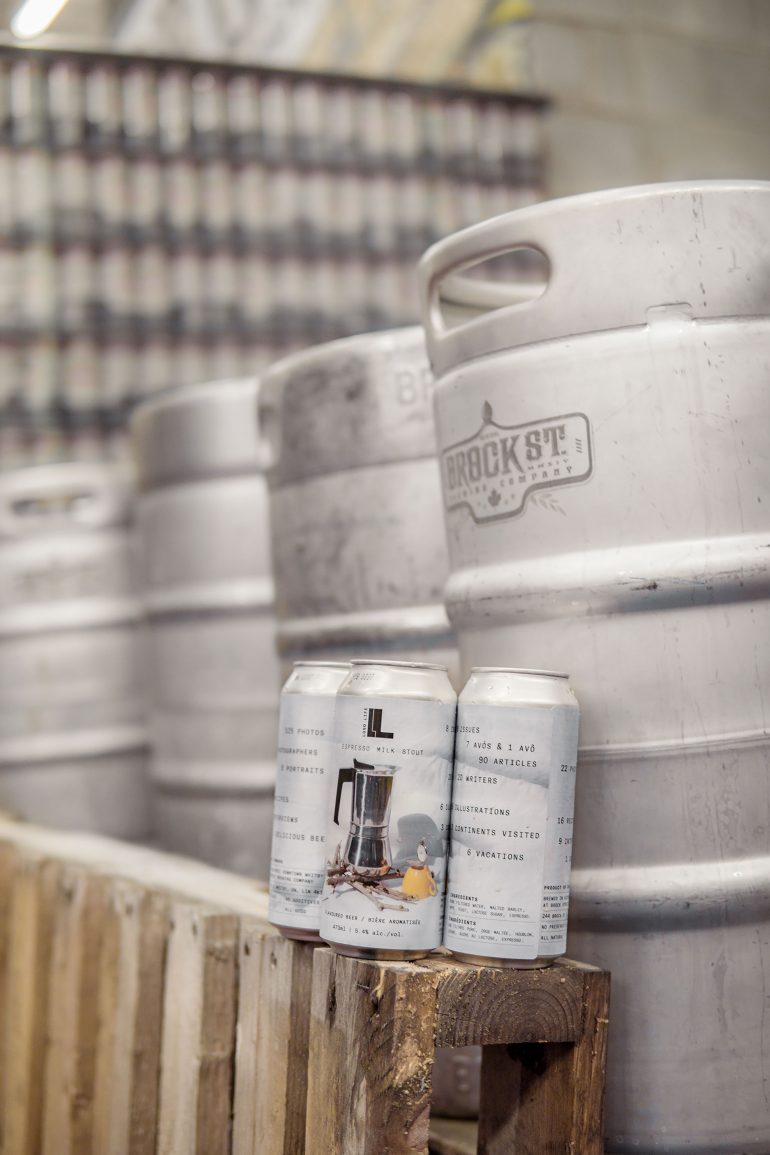 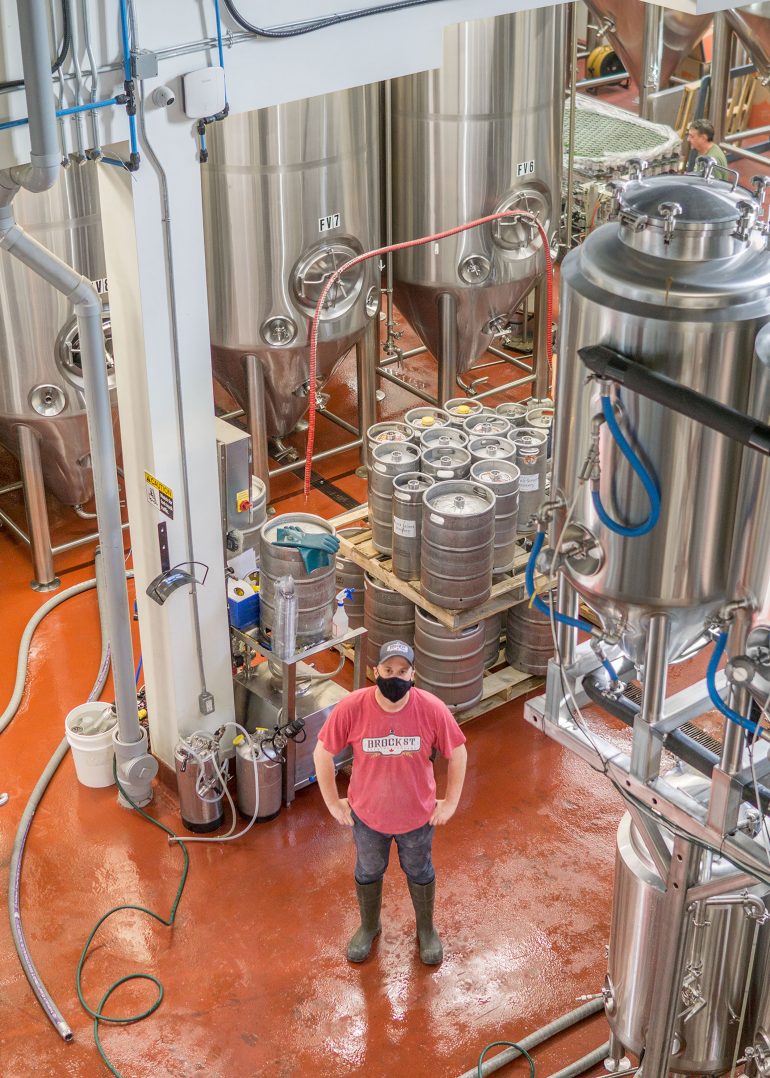 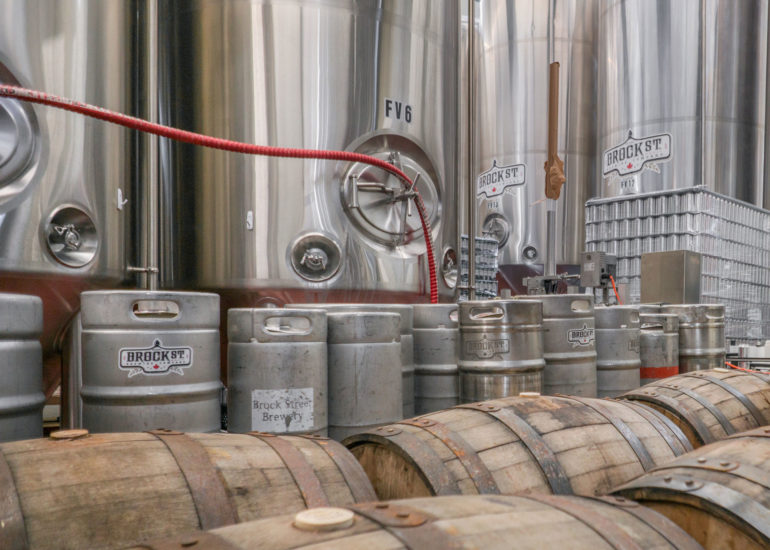 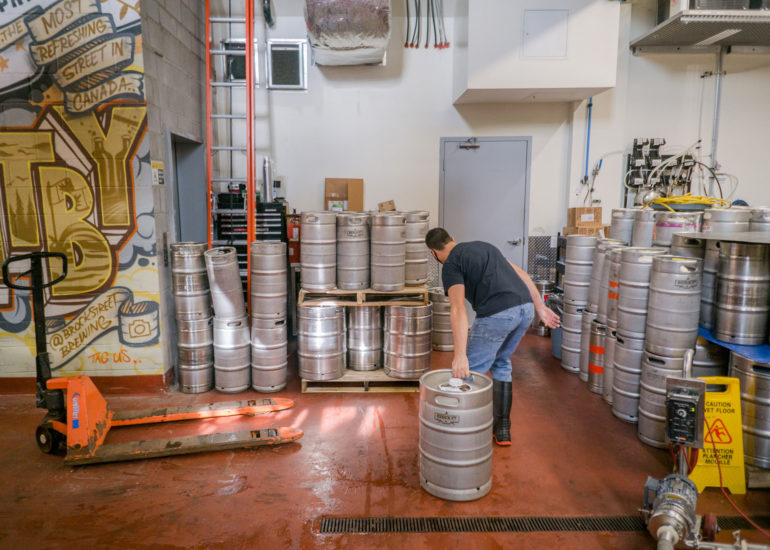 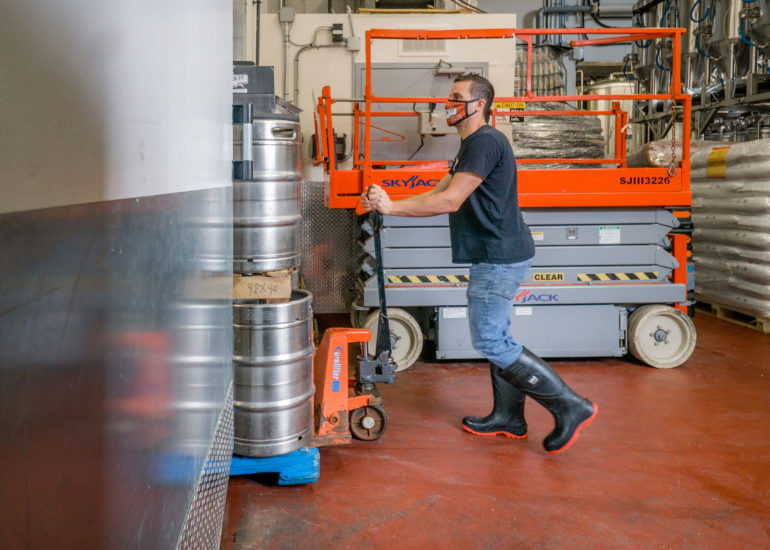 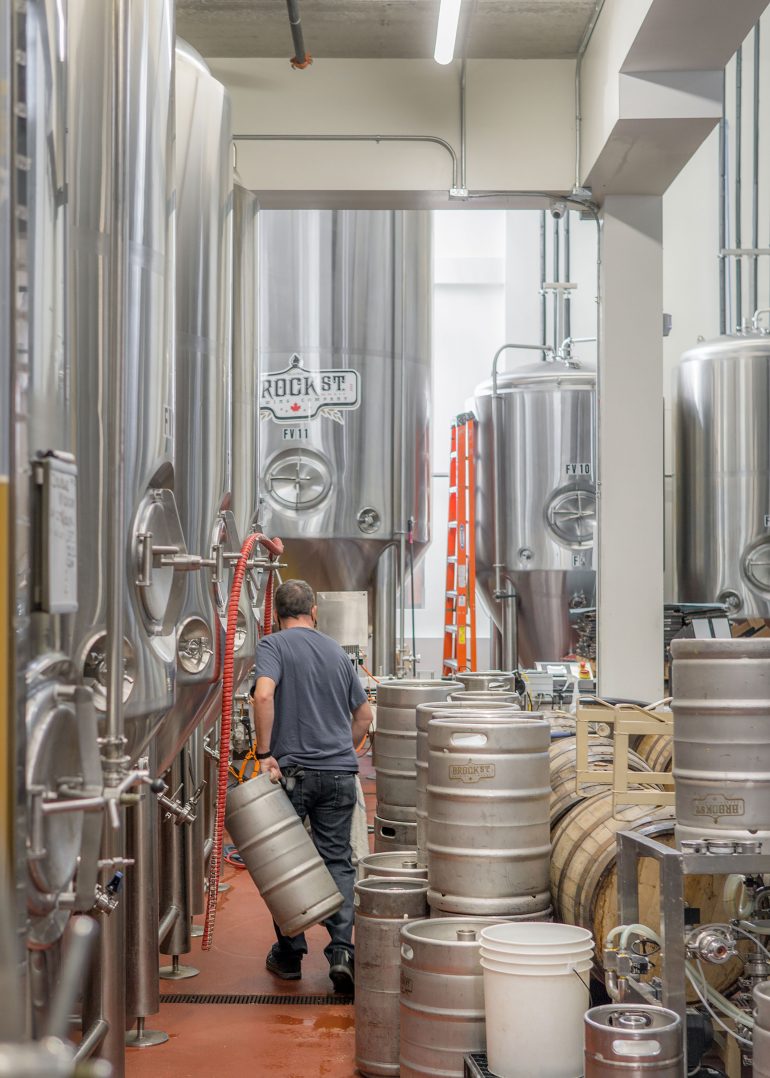 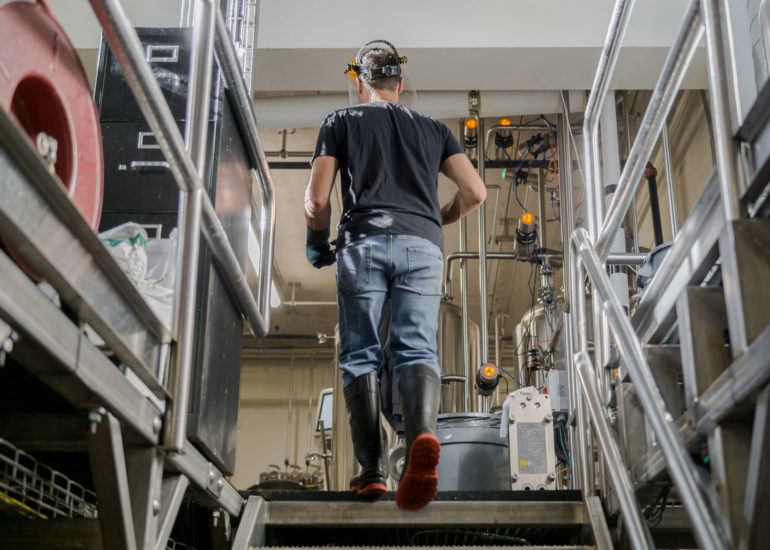 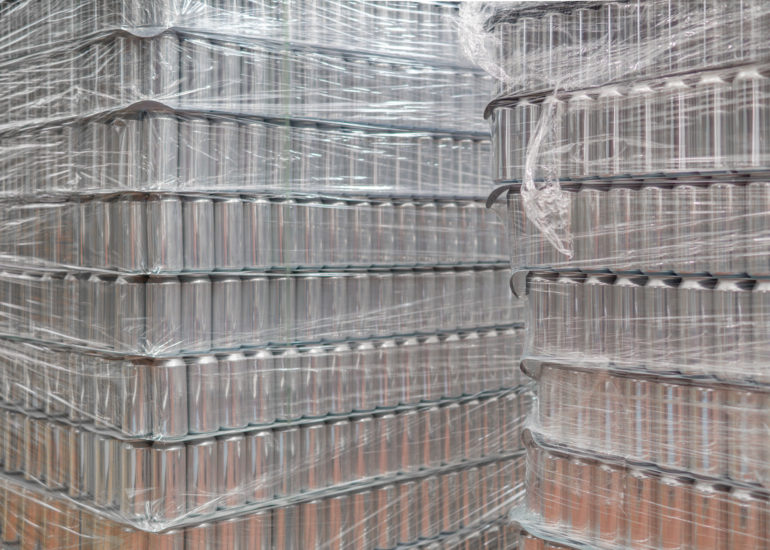 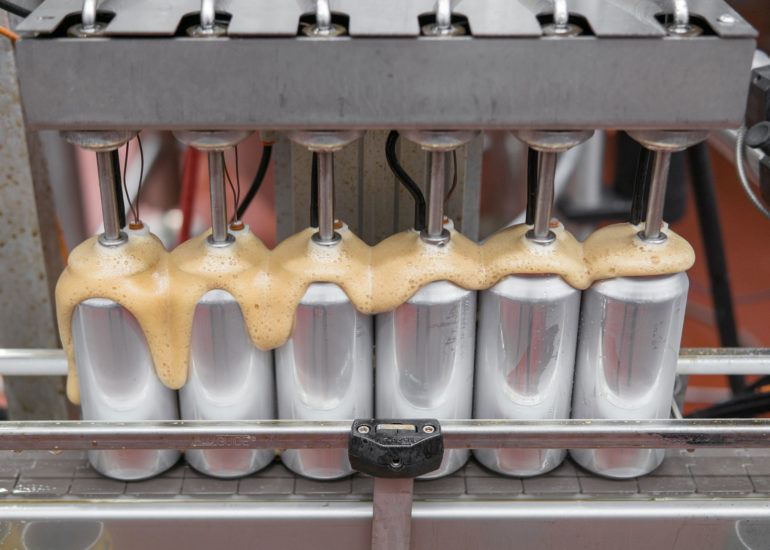 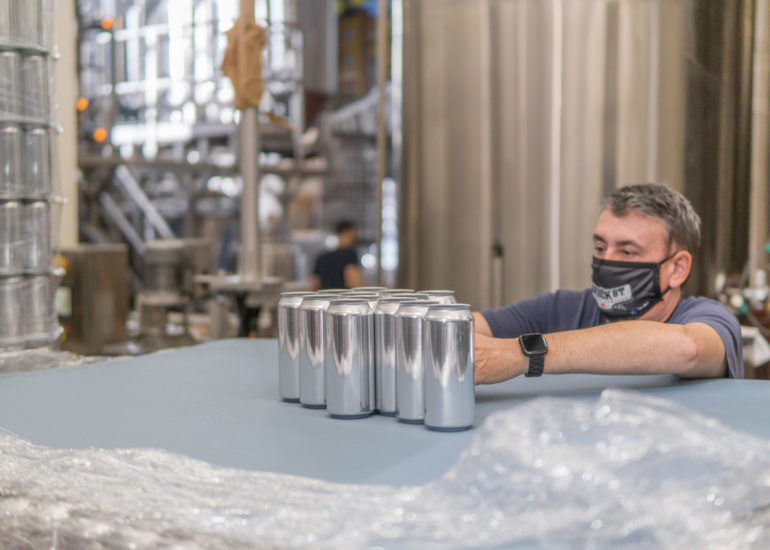 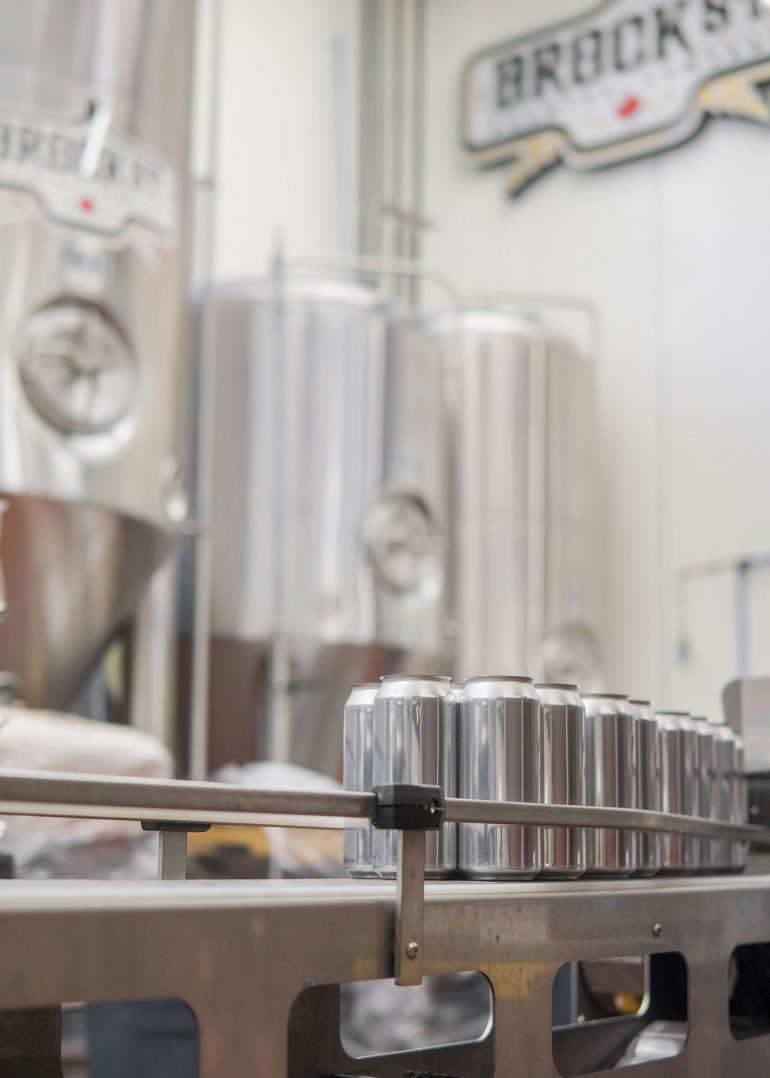 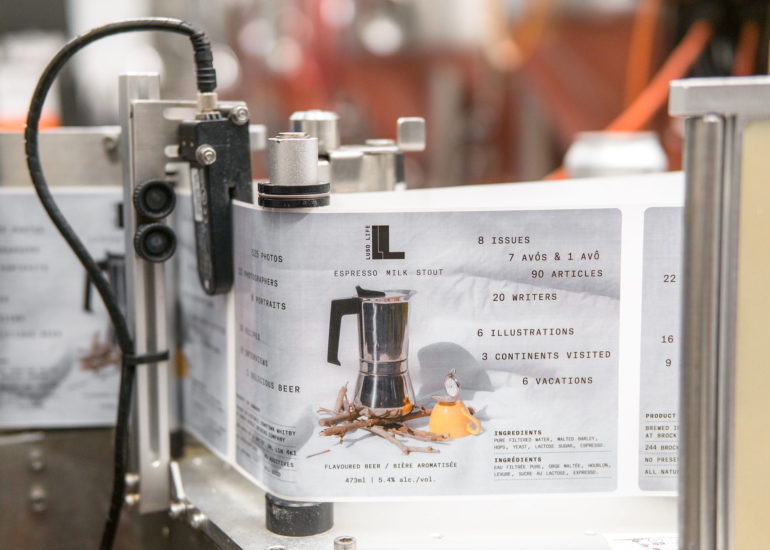 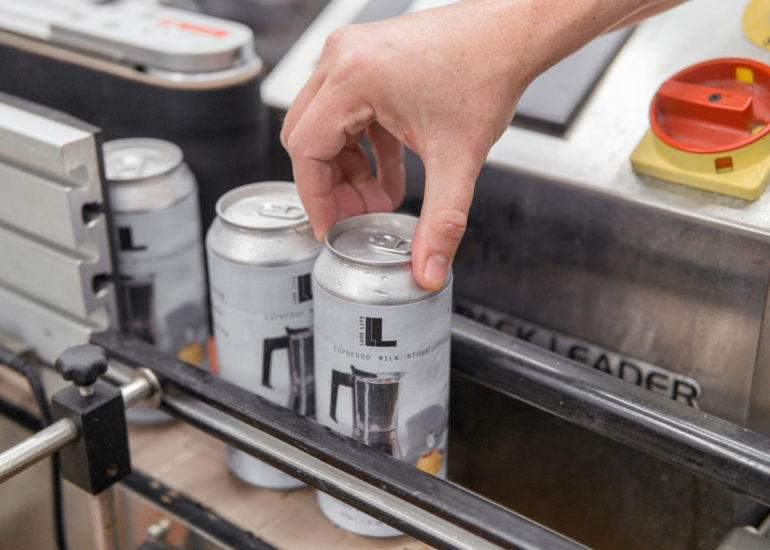 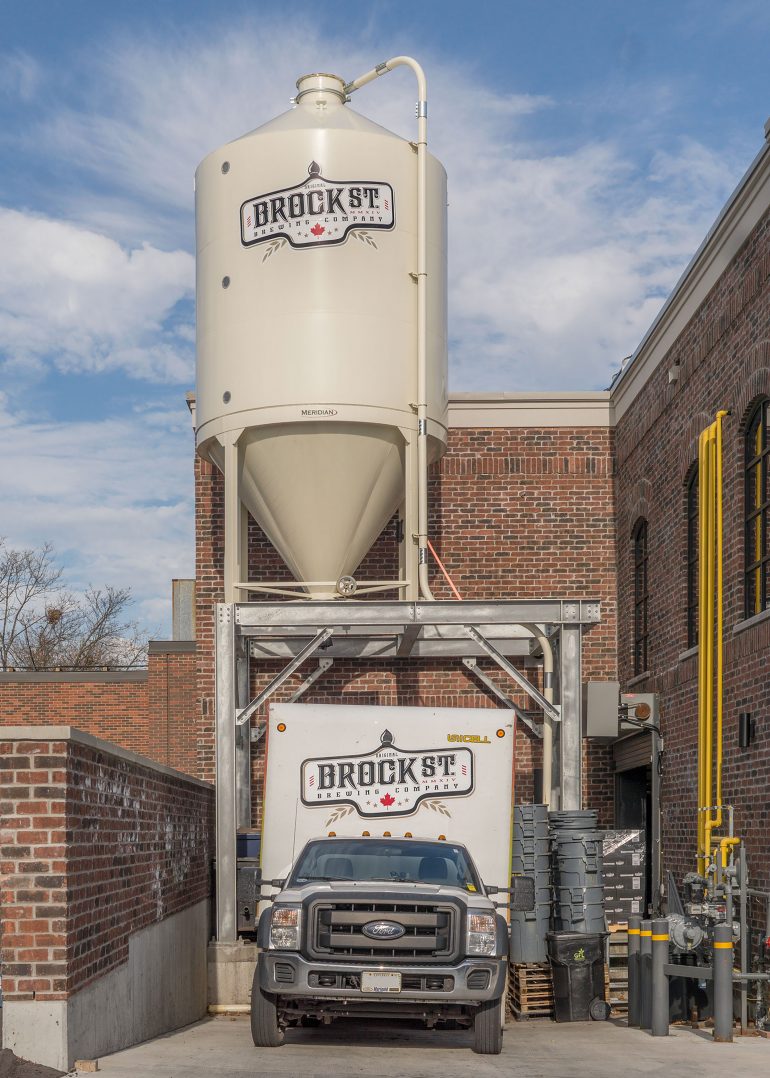