Luso Life: Tell us about André.

Well, this André is 24 years old and born in the good ol’ Portuguese city of Beja. I began learning music at the local conservatory, where I picked up a lot of instruments and soon after I moved to the United Kingdom where I studied Music Composition for Film and Games. I then moved again to Hungary for a year abroad where I found a passion for songwriting while taking a shower.

LL: Is Midnight Ambassador an alter-ego like Childish Gambino or just a stage name, like Dallas Green as City and Colour?

AG: That’s the thing, I feel like Midnight Ambassador is a big part of me, it’s almost like a venting mechanism for all the good and bad things that happen to me—my own personal Psychiatrist. I wouldn’t really call it just a stage name, I think the alter ego description fits a bit better over here.

LL: Why Midnight Ambassador? Is there a significance behind the name or were you simply playing with words?

AG: Funny you mention that, I got it the same way Gambino got his. I was addicted to his song Redbone when I wrote my first song, Serial Killer. I was reading up on him and boom, there it is, right in front of me. I’d like to think as if this name was given to me. When we’re born we’re given a name, we don’t have much of a choice, same goes with Midnight Ambassador, everything just felt right.

LL: Beat, melody, words. What do you hear first?

AG: I was asked this by a friend of mine the other day. I’m attracted to a good harmony first, then goes the beat, and I would put the melody and words on the same level.

LL: How important are words?

AG: Even though it’s not where my brain goes first, words are definitely important. It’s where everything connects in the end—a good story is as important as a good melody. Otherwise it just feels hollow.

LL: What do you think is a perfect song?

I think Redbone has had a lot of merit on its own so I’m gonna go with Cane Shuga, I have heard that song more times than I can count.

The instrumentation is so simple, synths going up and down; the beat so simple yet so complex and David Bayley’s voice wildly manipulated with harmonies flying high. I don’t even know what the lyrics are about but I just love them! This song keeps rising and rising and rising and then… Boom!  A simple drop where everything leaves but the synth and that badass conclusion that blows your mind. God I love that song!

LL: Do you think you’ve written a perfect song?

AG: Oh god, no! Perfection is an impossible standard for most artists, I reckon. That’s not up for me to decide, that should be up to the listeners. I really like Quarantine and Pleasure so far, but then again, whenever I write a new one that becomes my favourite. Never perfect though.

LL: Do you write songs about yourself and your personal experiences or are you a storyteller?

AG: That’s basically all I write about, stories that have happened to me or the people around me. I’d like to think if I was ever to be a storyteller it would be a very realistic storytelling; I like the intricacies and beauties of each life.

I like that every human being has lived their own unique stories. For now I’m writing my own chapter, but hey, who knows who’s next?

LL: I once read that Elton John scraps a song if he can’t get it going within 15 minutes. When you’re writing a song that isn’t working out, do you continue, put it aside for later or scrap the idea completely?

AG: Elton John and I share that then! We’re both Watford fans, so there’s that as well.

I think it’s really instinctive, it’s either working or not working, it’s like a first date with a song. I don’t think I’ve ever gone back to a song I’ve left behind and it’s worked out so far.

LL: Take us through your songwriting process.

AG: First I take a shower, the melody pops into my head, I run out of the shower, sit down on my computer and don’t stop until it’s finished, at least the structure. Then it’s the filling up the song with little details; at this point I already have a melody going in my head and have some idea of what the story is going to be about. Then it’s time to write the lyrics.  I think lyrics are the hardest part but if I start them I’m not going to bed until I’ve finished. I don’t start with the lyrics first, if I did then it’s all a big messy chaos … but hey, that’s how Burned Down Cigarettes came out.

LL: Despite being a full-time musician, you must have other hobbies that fill your day. What do those look like? Is it during these other happenings that you get inspiration for your songs?

AG: I mean, I have other jobs to support my life in London, rent is quite expensive in that city, but I’m getting closer to being full-full-time.

I’m a giant nerd, I love playing video games, I’m also a TV show addict, I can binge on shows like nothing else. I also like watching football games every now and then, but if I’m being fully fully honest, music is basically my day. When I’m not working on a new song, I’m writing for someone else and if I’m not doing that, I’m trying to learn an instrument (currently learning guitar, because I suck).

It’s quite time consuming, my inspiration for songs come from everything that happens in between, short stories from my life. Pleasure for example was about a terrible boss I had to deal with for 6 months.

LL: You were born in Portugal and studied music in England. You now split your time between the two countries. Are there differences in the music scenes?

AG: Exactly, I love that both counties are pretty close to each other so it’s easy to fly between both.

I think they’re quite different, I would say that the British market has a huge amount of competition but equally, a huge amount of opportunity, the Portuguese market has been growing its indie-legs a lot recently and because of that we’ve been getting a lot more opportunities in the Luso-Land. I’m genuinely happy to be in a place where I’m able to share my music in both these unique markets.

LL: Your roots are raw analogue instruments; piano, percussion and saxophone, yet your music contains layers of synths and has an electronic feel. Is there a chance we’ll hear some stripped down music from you in the future?

AG: Instrumentally Dr. Dre plays a bit part on how I write, Dr. Dre had that unique Dre Electronic Signature that everyone recognized within seconds. Insert some Indie and R&B and boof, you’ve got Midnight Ambassador.

It may be different stripped down, but I think so; right now I’m quite enjoying the fullness of the electronic sounds I’m going for, but Burned Down is quite stripped I would say. There’s more to that coming, maybe even an acoustic set.

LL: I don’t believe you have released any collaborations yet. Is this something you may do in the future? Are there any names you’d like to work with?

AG: I really want to collaborate with other artists. I could make an endless list, but my top three right now are: Miller Blue, a local artist from London, who’s beyond incredible, love his music to death. Clairo, an amazing Bedroom-Pop/Indie artist who’s been releasing incredible songs one after the other and finally, Glass Animals, who I just love unlike anything else.

LL: The internet has made many pop stars—others rely on playing shows to build their audience. What has worked best for Midnight Ambassador?

AG: I want to say streaming services and radio stations have been our allies. Playlists was my first big investment, but then again we’ve been creating really solid relationships with stations all over. I think being and making honest relationships is what’s been working for Midnight Ambassador. Being surrounded by a team I love, even if that sounds super cheesy.

LL: You’ve played Toronto twice, has that experience opened any doors for you?

AG: We’ve played Canadian Music Week, and Indie Week in Toronto. I think that took us a step further, honestly. Proof to all our followers that this isn’t just a small music project for us, it’s what we love and want to share with the world. Going to another continent helped us with all kinds of new relationships and press. Right now I’m literally in Portugal doing interviews at some amazing radio stations, where a year ago before Canada I wouldn’t even dream of being in. Plus the love that we receive from the Portuguese community and media—I don’t even know how to thank everyone. I owe Toronto.

LL: It’s a long plane ride to get to Toronto. How do you kill time at the airport and on the plane?

AG: I don’t know why or how, but I can fall asleep anywhere. If I’m not sleeping I’m about to fall asleep and if I slept enough I just read something on my Kindle or watch some in flight entertainment. I don’t find flights that tedious. I’m a patient person.

AG: We’ve just recently announced this; it doesn’t have a date, but my next EP has a name, Fragile Igloo. It should be available early in 2020. Hopefully a tour comes straight after that, I really want to show this EP to the world, it’s almost, almost finished.

LL: Can you curate a playlist for us with some songs you love and some songs of your own.

ENJOY ANDRÉ’S PLAYLIST—WE ADDED SOME MIDNIGHT AMBASSADOR TUNES…BECAUSE THEY DESERVE TO BE THERE! 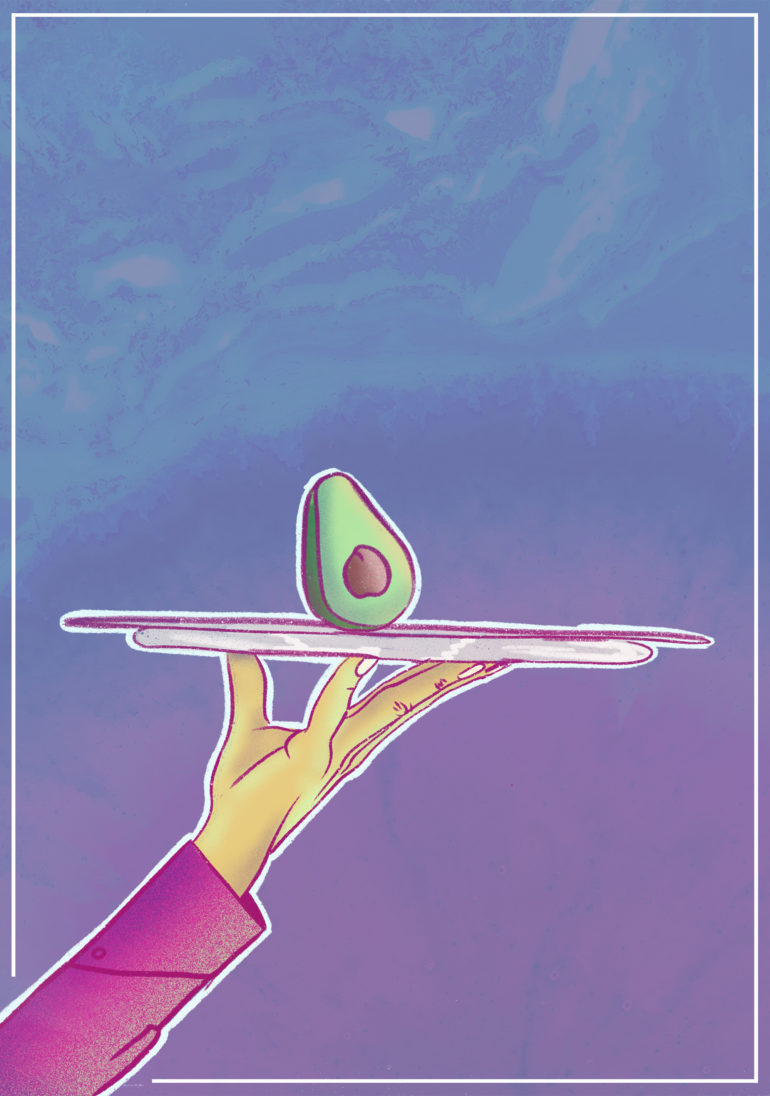