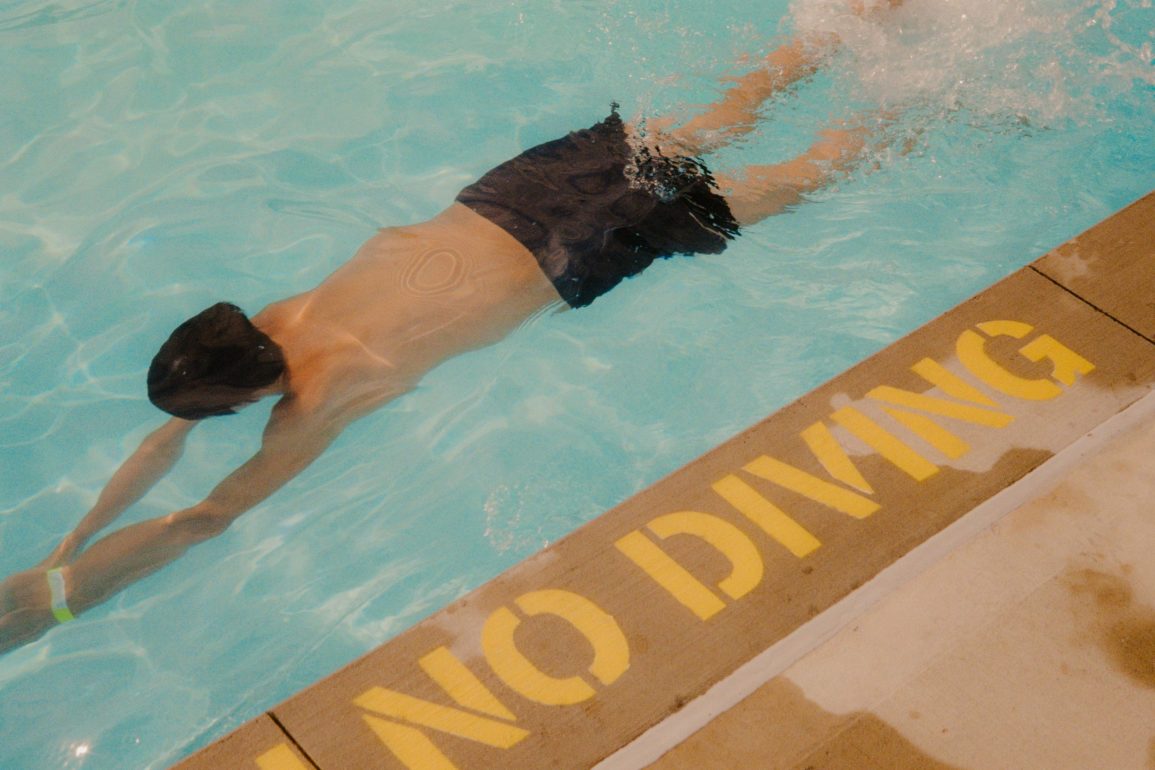 SUMMER SWIMMING AT THE PUBLIC POOL

It was a beautiful June day in Ontario… and the second best day of 1980, so far. The first had been a mere 24 hours earlier, when Stephanie and I walked home shouting the lyrics to Alice Cooper’s classic adios to the school year: “School’s out for summer. School’s out forever. School’s been blown to pieces.” Today, was the first day of summer vacation, and I was ready for a new soundtrack. As I got out of bed, I turned up my radio—a plastic, faux woodgrain clock radio made by Candle, the star of budget radios in Canada—and out of the distorted single speaker came a familiar guitar riff—Echo Beach by Martha & the Muffins. I love[d] that song. I had no idea where Echo Beach was, but I wanted to go there.

I had worked hard and done my best during the school year, but not in the conventional sense—I kept my classmates entertained with jokes, allowing me to walk the tightrope between the nerds and the cool kids. This of course took a toll on my grades and when I brought home the sealed envelope containing my grade five report card, my mother was once again disappointed at the string of Cs and unsurprised by the comments, “David is often seeking the attention of his classmates, which causes distraction for everyone.” Sometimes we have to give of ourselves in order to not get beat up, and since a C meant a pass, I was good to go as far as summer break was concerned.

Summer days in suburbia would usually start with a bike ride to meet up with our cousins, Nancy and Debbie—big sister Janette was there as well and would occasionally hang out with us, but that was probably a “make sure these kids don’t get into trouble,” scenario. It was hours at the park or playing in the back yard, there were bike rides and trips to the library but once the afternoon sun was beaming down on us, it was time for a dip in the pool.

Back then, swimming pools were for the elite. In the movies, pools were toys for the rich and famous—even the Brady Bunch didn’t have a pool, and Mike Brady was an architect—but by 1980 aboveground pools were making a splash [sorry]. For a fraction of the cost, the middle class were now able to create a backyard oasis and cool off after work or entertain some friends on a Sunday afternoon. To my knowledge, we had exactly one backyard oasis in my neighbourhood—the Prest family, and to my recollection, I was invited over for a swim exactly once. The Prests would limit the number of guests their children could invite because too many would cause a ripple effect [sorry again] of aggravation for the homeowner. More than a handful of us would cause the water level to rise, this combined with all the splashing we did would create a grassy swamp at the base of the pool, then once we got out the water level would drop forcing Mr. Prest to bring out the hose and spend the next hour giving the pool a top-up.

Without a pool of our own, we needed a Plan B. Living a mere 20 km downwind from Pickering Nuclear Generating Station, meant taking a dip in the potentially radio-active waters of Lake Ontario was out of the question. We did, though, have a cleaner alternative—Rotary Park. At the time, the park had two pools—one for the little kids and one for the more mature aqua-fiends like 11-year-old me.

Our trek would usually begin 45 minutes after lunch. Wearing bathing suits and a pair of old sneakers, we’d throw towels over our tanned bodies and start the walk, stopping to pickup our cousin Gilbert along the way. We’d show up at Rotary Park 15 minutes later, tongues bright red or blue from the freezies we ate. Timing. By the time we jumped in the water, a full hour had passed and any solid food we had in our bellies was no longer a threat. [Fun fact: it turns out this little bit of maternal science is untrue. Nobody knows where the rule came from, but in 1908 it was printed in the Boy Scout handbook, warning that if boys didn’t wait at least 90 minutes before swimming, they might drown and “it will be your own fault.” The truth is more likely a concern for the parent’s health. Can everyone say “parental break.”

Money in hand, we’d pay our fifty cents split up for a few brief minutes to hide our shoes in the change room—girls to the right and boys to the left. We’d come out the other side to the smell of chlorine and the feeling of hot, rough concrete under our bare feet. There’s something nostalgic about it now, but at the time, the heat burned the soles and forced us to move quickly—not too quickly lest we we be judged and scolded by one of the lifeguards. “No running on deck!”

The last step before jumping in was to scan the chain link fence in search of a spot for us to hang our towels. We’d carefully take one of the corners and loop it through the fence, high enough for the towel to not drag on the ground and get dirty, lest we be judged and scolded by our mothers.

“Cannonball!” Splash! I never learned how to dive—there is something unnatural about jumping into a pool headfirst. That compounded with my fear of my dive inadvertently turning into a bellyflop led me to use the cannonball or a simple foot first jump as my methods of entry. Once in, it was test time—two laps under the watchful eye of a lifeguard. If we passed, we were granted full access and would immediately line up at the diving board for our turn to show off. I eventually learned how to do a front flip [landing with my feet, of course] but in 1980 this usually meant higher, louder and splashier cannonballs. Occasionally I would try to wow the spectators with my impression of Buster Keaton in “The Cameraman” by faking a run, stopping at the edge of the platform then “accidentally” falling off and plunging into the water. Slapstick at it’s finest.

I loved being in the water. I’m sure swimming was invented as a way to stop your lungs from filling with water if you fell in the river, and then at some point people watched animals doggie paddle across the river and decided to copy them to see what was on the other side. Today it’s the most popular organized sport for Canadian children. Partially because most parents realize learning to swim is a valuable life-skill, and also because it’s cheap. My single mom armed us with towels and bathing suits to hit the pool everyday at a cost of five bucks a week, but she wasn’t about to shell out thousands for a season of hockey, so playfully dunking and splashing it was.

Games of tag, Marco Polo, handstand contests, and seeing who could hold their breath the longest were some of the ways we passed the time. Sometimes I simply floated face down staring at the painted blue bottom of the pool, lifting my head briefly to catch some air. There’s something magical about the feeling of zero gravity in the water. Maybe it’s some sort of primal feeling that subconsciously evokes memories of weightlessness we felt in the womb or maybe it’s the fact that every living cell in our body contains some water, so we feel right at home. Whatever it was, I remember it felt great, and I’d lay there, alone with my thoughts, many times only being jolted back into reality by a lifeguard tapping me on the shoulder because I hadn’t heard her loudly blowing the whistle to clear the pool—it was 4pm and time to leave.

Shrivelled fingers and eyes stinging from the chlorine, we’d dry off, put on our shoes and make our way home. The walk was slower and as we turned onto Celina Street, I’d start to wonder what would happen when we arrived at Gilbert’s home. Usually, we’d stop and grab a treat—they seemed to have a never ending supply of Dairy Queen Dilly Bars in the freezer but sometimes, our aunt would be inside with the door locked and we’d have to help Gilbert “break-in” to his own house—bizarre but I guess she wasn’t always in the mood to entertain a group of loud kids on the hunt for free ice cream.

It would be years before I realized Echo Beach was not a real place. It turns out Mark Gane was writing about being somewhere else other than the reality of now. There are days when my Echo Beach is Rotary pool—laughing and splashing in the blue water. A place where singing School’s Out in the halls was annoying to the teachers, but our chants of blowing up the school weren’t taken as a threat. “Echo Beach, far away in time”.