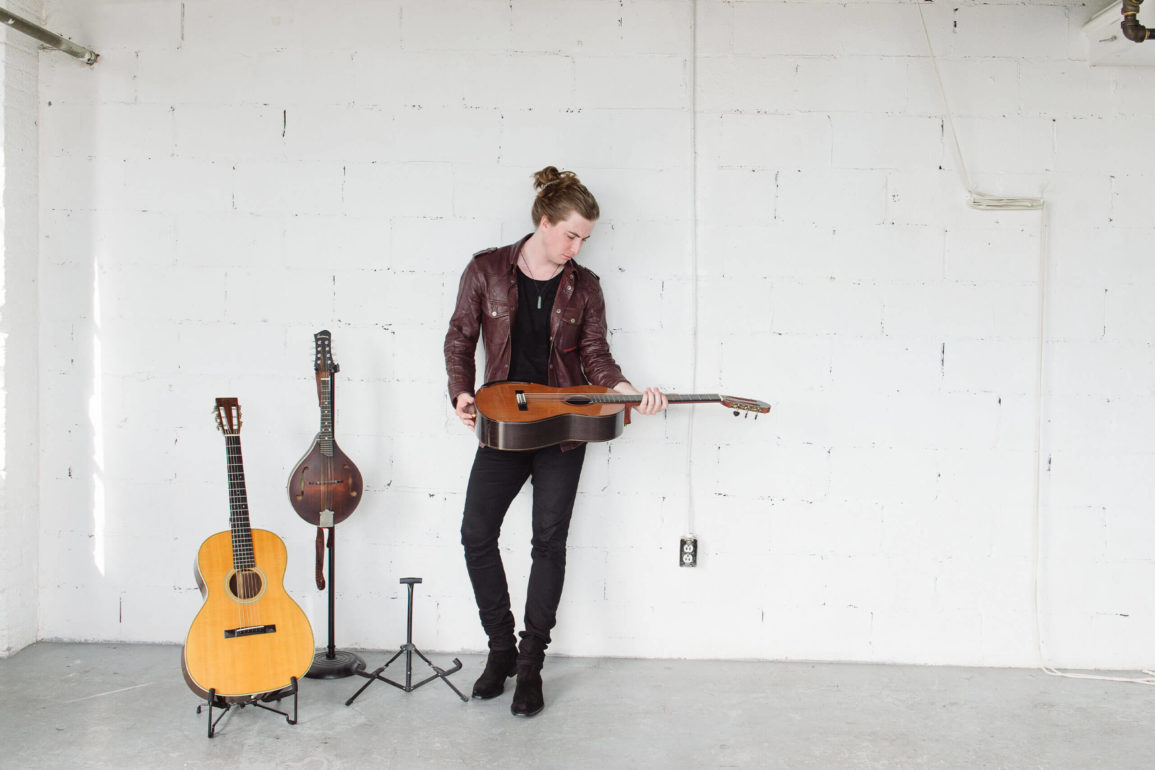 A GLIMPSE AT SOME ENVIRONMENTAL CONCERNS IN ACOUSTIC GUITAR BUILDING

Musical Instruments have always been objects of grandeur, both in sight and in sound. Part of this gravitas comes from the material from which they are constructed.  It stands to reason then, that one of the most beloved instruments in the collective consciousness, the acoustic guitar, would also be the most scrutinized.

A culture around treasured wood species, and a desire for specific sonic characteristics, has developed over the past decades, as players, manufacturers, and luthiers alike experiment to create the best-sounding and best-looking acoustic guitars.

However, in recent years it has become increasingly evident that the availability of materials used for acoustic guitar construction has been threatened by over-harvesting and over-production. There isn’t enough of the traditionally used “good wood” to go around, and using up what little is left has come with its fair share of ethical infamy. Bob Taylor of Taylor Guitars says that he “has seen one vital wood species after another become unavailable in the 35 years he has been in business.” 1

So, as musicians, consumers, audiophiles and audience members, we are left with several questions:

What is considered good-wood in the context of acoustic guitars?

Can the un-aided ear even tell the difference in sound between different woods?

Why are we running out of these materials?

WHAT TREES MAKE FOR A GOOD GUITAR?

Over the last several hundred years, a handful of particular species have become tradition for acoustic guitars, and resultantly a needless, and potentially stubborn fixation on only using these woods has arisen. Some of the favourites of the industry are Brazilian rosewood, Indian Rosewood, Mahogany, Koa, Spruce, Redwood, African Blackwood, and of course, Ebony.

For a tree to be suitable for musical instruments, it must be exceptionally tall and straight, with minimal to no irregularities or knots. It must have a diameter sufficient enough to yield the width of a guitar top. This means usable trees usually have to be particularly large, old and have grown slowly, in consistent climates and regular precipitation.

Durability, workability, bendability, and glue-ability are important attributes. Other important physical characteristics include straightens of grain, the tightness of the grain (how close the grains are together), and even consistency of density.

In summary, wood has to be workable to even be considered for use in an instrument. Some woods, like oak, are too heavy and dense for use in guitar. Others like walnut even cause skin irritation when tooled. Woods like bamboo are useful for other building projects but don’t’ have near the structural characteristics for an acoustic guitar.

…CAN PEOPLE EVEN TELL THE DIFFERENCE BETWEEN WOODS?

So, if certain wood species are so desirable for their physical characteristics, it stands to reason that there is a difference in sound, too, right? Any luthier will argue that absolutely, wood species, age, dryness and density, among other factors, will contribute significantly to the sound of a guitar. This over-harvesting of endangered trees would be all for nought if it didn’t make a guitar sound better, right?

But can the average person actually tell? It might depend on what part of the guitar we’re talking about. Some parts, like the back, sides and necks of guitars, might have a negligible effect on the tone of a guitar. This might mean that those components could be built out of just about anything, as long as it looked half-decent and was structurally stable.

However, the naked human ear can perceive wood species variation in components of the guitar that are more integral to what Grit Laskin calls its “tone color”. Participants in blind tests were in fact able to audibly perceive between woods species variation in top bracing and soundboards, but not in backs, sides, necks or fingerboards. 2

What this suggests for sustainability endeavours is that because components like backs, sides and necks are less likely to change the sound of a guitar, the industry should investigate and experiment with alternative materials for backs, sides, necks, headstocks and fretboards, while reserving quality material for soundboards, tops, and bridges.

WHY ARE WE RUNNING OUT OF MATERIALS?
WHAT CAN WE DO?

A major paradox facing mega-manufacturers like Taylor and Martin, is that they aren’t even the ones causing the availability issue. Sitka spruce used by guitar makers is a tiny fraction of the total shipped. As few as 150 logs are enough to supply the whole industry each year. 3  Nearly 80 percent of the spruce cut in Alaska is shipped to Asia, for home building. 4  At the end of the day, 400-year old trees are getting buried in the walls of homes in Japan. 5

Thusly, the sustainability issue facing some woods like spruce will be unaffected by manufacturing changes from guitar makers. They might be too small of a portion of the forestry industry. Even extreme efforts for wood substitutes by two of the largest manufacturers of guitars on the planet would have a negligible effect on the total availability of spruce, rosewood, ebony and mahogany, among other woods. This leaves the industry in an unfortunately powerless situation to save their supply chain without appealing to higher powers of international authority.

THEN, HOW DO WE FIX THE PROBLEM?

Many people ask, why can’t we simply grow more trees? We can, but unfortunately, the resultant instruments would only be ready decades from now, and few investors are willing to invest in something they won’t see a return on in their lifetime. Even so, the cost of a guitar made of farmed wood would be astronomical…nobody could afford it. Think of all the costs involved with operating a tree farm for 60 years, then accumulate that into the sale of maybe a couple dozen instruments. You’d be looking at a guitar that could cost a hundred thousand dollars.

Researchers argue that the industry must change its practices if it is to sustain production. Because of the high pedigree of woods required for instrument building, despite the guitar manufacturing industry being a small part of the forestry industry, the current practices are not sustainable. They suggest the following changes that need to be made to move towards a more sustainable industry.

Prejudice against guitars made of laminated materials must be overcome. Usually, plywood guitars are limited to student grade instruments; however, laminate wood demonstrates physical properties that are appropriate even for higher-end instruments.

Prejudice against non-traditional materials must be overcome. Luthiers and large-scale manufactures alike should seek out new and more sustainable wood alternatives.

Switch to faster-growing tree species. One of the only ways to accommodate the volume of guitars being manufactured whilst still maintaining a net growth of trees necessitates the industry to switch to wood species that have a higher reforestation rate.

Overall, while the larger global forestry industry dwarfs the guitar building industry, it does compete for plant harvest and build with some of the most prized and precious woods on the planet. The demand for this high pedigree necessitates vigilant management of forest ecosystems to provide a sustainable supply chain and be an ethical steward of the planet. Research conducted on the perception of quality of materials such as rosewood and ebony suggests that in many instances, the indoctrinated quality we expect to hear is audible only in some instances but not perceivable in most. The industry must continue to identify areas of guitars that can be replaced with more sustainable options. This so that the acoustic guitar can be played for generations to come, under the shade of the trees saved by our new environmental efforts.