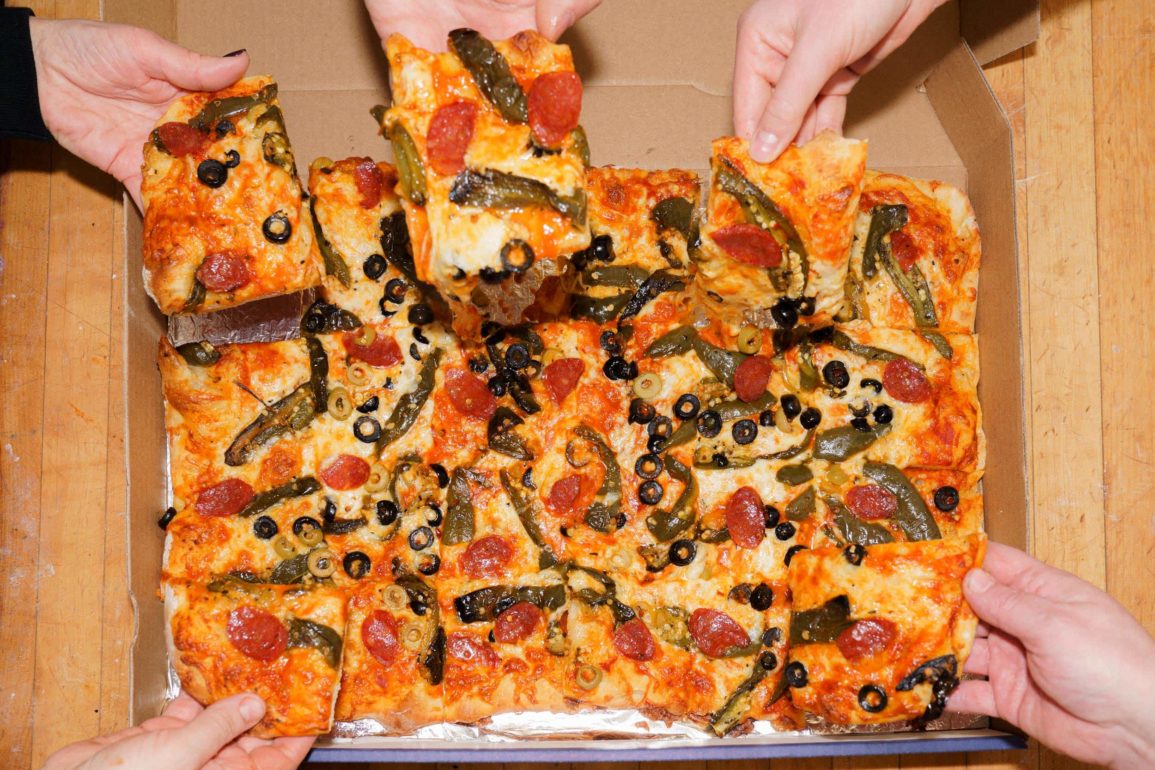 A good friend has your back; they tell you the truth—whether you want to hear it or not; and they steer you in the right direction. Usually they’re steering you to a higher moral ground than whatever stupid decision you’re currently contemplating but sometimes it’s simpler than that…

I first heard of SanRemo Bakery from my good friend James. It was ten years ago, and he was the Creative Director at the studio we both worked at. We had a client in Etobicoke and he used the bakery as headquarters for his meetings. There were too many breakfast meetings to count but having those meetings catered by SanRemo made listening to the client talk about himself [almost] bearable—if you’re anything like me, you’ve long come to the conclusion that most meetings can be handled via one or two simple emails. Occasionally James was kind enough to bring back treats for the designers who were stuck in the studio—maybe it was out of guilt, maybe it was a ploy to keep us happy, but knowing James it was simple kindness. Whatever the reason, we were always grateful and gobbled down every delectable crumb.

Five years later, I was hired here, as Creative Director for MDC Media Group. Before I had a chance to move my boxes of things to my new studio, I received a phone call from my friend Reno. It had been a few years since we had spoken, but he was excited about the news and had some of his own—Reno had been hired as Music Director at MDC (small world). Reno was super-excited, and his first order of business was telling me where we would be having lunch— SanRemo Bakery. “I’ve heard it’s good there,” I told him. Reno’s answer, “Oh God, you don’t understand…” Over the years I’ve witnessed him describe SanRemo to newbies and it’s always the same unfinished sentence, “Oh God, you don’t understand…” Makes me smile every time.

When it was time to choose a restaurant to photograph for this issue, I sat with my son Noah (incidentally, he also happens to fall into the friend category… funny how that works). “I think pizza would make for a good shoot.” I followed up with Rob Bozzo at SanRemo and he immediately offered up a recipe for pizza. With the stars aligned, we went in to shoot, chat and (eventually) eat.

While Noah walked around the bakery’s kitchens taking photos, I chatted with brothers Eddie and Rob to get some background. They tell me how SanRemo’s Etobicoke roots spread back to 1969 when their father Natale Bozzo first opened his doors. His brothers and father joined later, and the family business thrived. Rob, Eddie and brother Nick spent their childhood working at the bakery, and when they were tired, they’d find a spot under one of the tables to take a nap. Eventually, the business was passed on to the three boys who are constantly changing things in order to keep up with the times. Eddie explained, “The key is you have to be able to change with the times. If you’re stuck in your way you’ll fall flat. If we had that mentality, there would be no way in hell we would deliver, no way in hell we would sell online, and so many other things. You adapt. I change things on a daily… my brothers think I’m crazy, always adding things to the menu, but  if I think there’s something we need or that our customers want, I’ll add it.”

Quality control is also at the top of the list. The brothers are constantly scanning the room to make sure everything is running smoothly and will stop to talk with customers who have a question or simply want to say hello. “We run the business,” says Rob. “We control it. If something doesn’t look right, we won’t sell it. We work hands on, talking to the customers and dealing first-hand with any problems that come.” Eddie ads, “It’s not an easy life… let’s just say it’s not an eight hour day. I go to bed at 10pm and my alarm goes off at one in the morning.” I feel tired just hearing that sentence. Sleep deprived or not, the show must go on. There’s an average of 80 people working at any given time—baking, serving, prepping, cooking, cleaning—that’s a lot of moving parts, yet it all seems to run smoothly.

While Rob gave a new employee a short pep-talk, Eddie and I talked about rising food costs, he got upset, but not in the usual way. His concern lay with how it would affect their customers and other small businesses. “We’ll be fine, but with food costs going up daily, smaller restaurants will be forced to close their doors. It’s sad to see.” Their genuine concern for others is heartwarming. What also amazes me is how they remain humble and excited about the business. “Last week I spoke with a customer who was visiting from Venice, and she told me that she had heard of us and had to come check us out. She’s from Venice, Italy and she came here!”

So what’s the genius of SanRemo Bakery? What makes people stand in line to pick up a sandwich and some treats to take home? I’m going with friendship (yes, there’s a theme to this piece). Friends who work every day to serve friends who go out and spread the word to friends who show up and make new friends.

As I sit at LL HQ finishing this article, I’m staring at a doughnut. It’s been sitting on a paper towel in front of me for the last 32 minutes. It’s taken the patience of a Buddhist monk to not sink my teeth into it, but I’ve resisted and now it’s time to use it to—toast friends: James who designed the cover of this magazine, giving me the opportunity to finally work with him again; Noah who spent the better part of a Saturday shooting [and eating] pizza with me; Reno who went to visit his friend Rob at SanRemo today; and Rob who sent over a box of doughnuts for us to enjoy. To sweet friends.

1. PREHEATING THE BAKING STONE OR  PIZZA PAN FOR 20 MINUTES IS THE SECRET TO GETTING CRISP PIZZA CRUSTS AND PERFECTLY COOKED TOPPINGS.

2. BE CAREFUL NOT TO OVERLOAD THE PIZZA WITH TOPPINGS OR YOUR PIZZA WILL BE SOGGY. 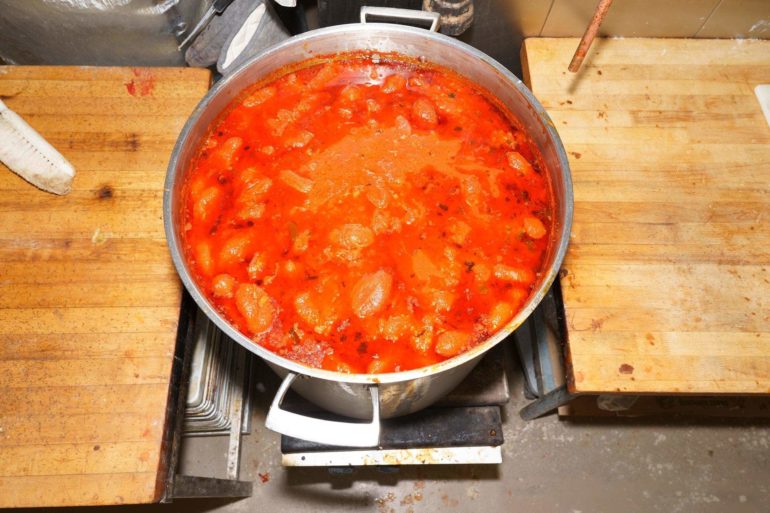 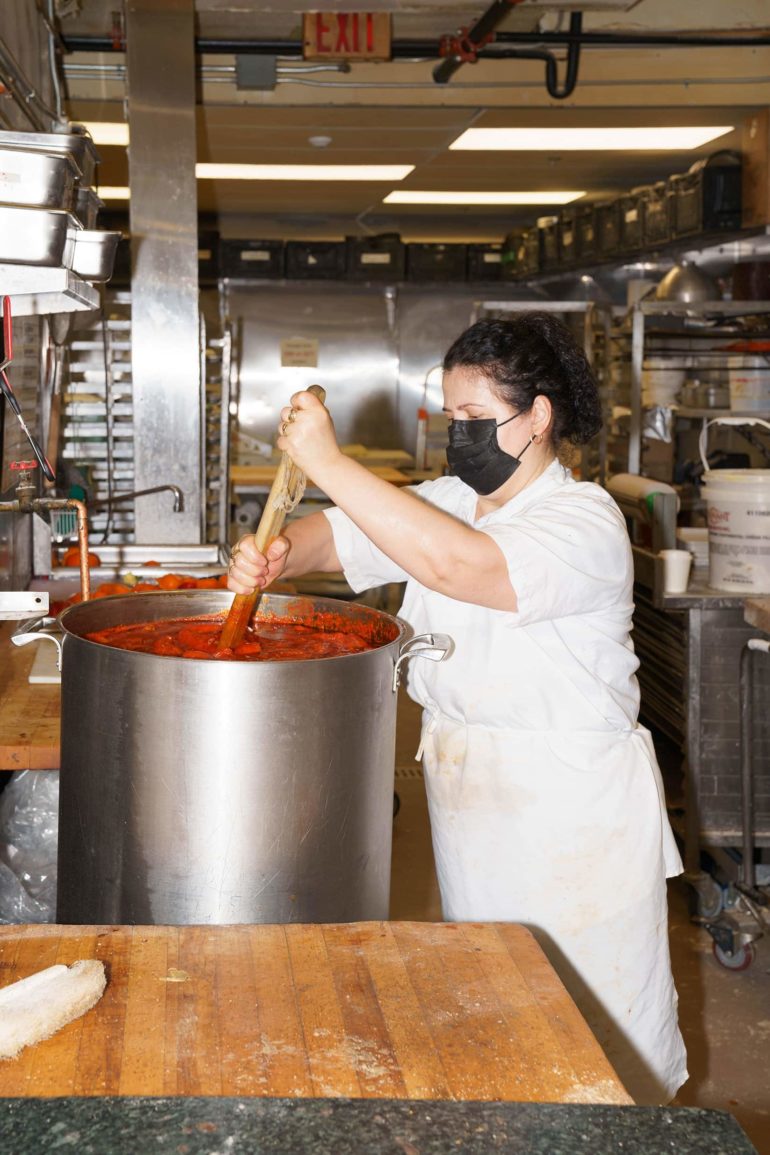 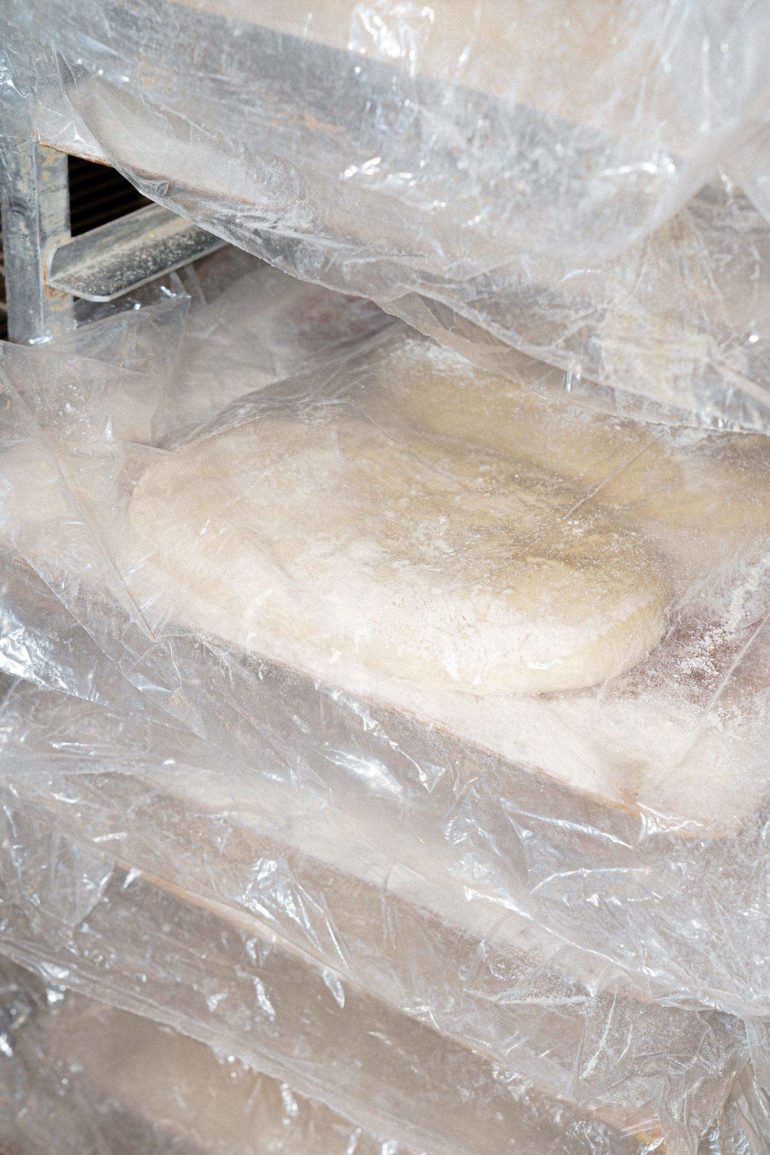 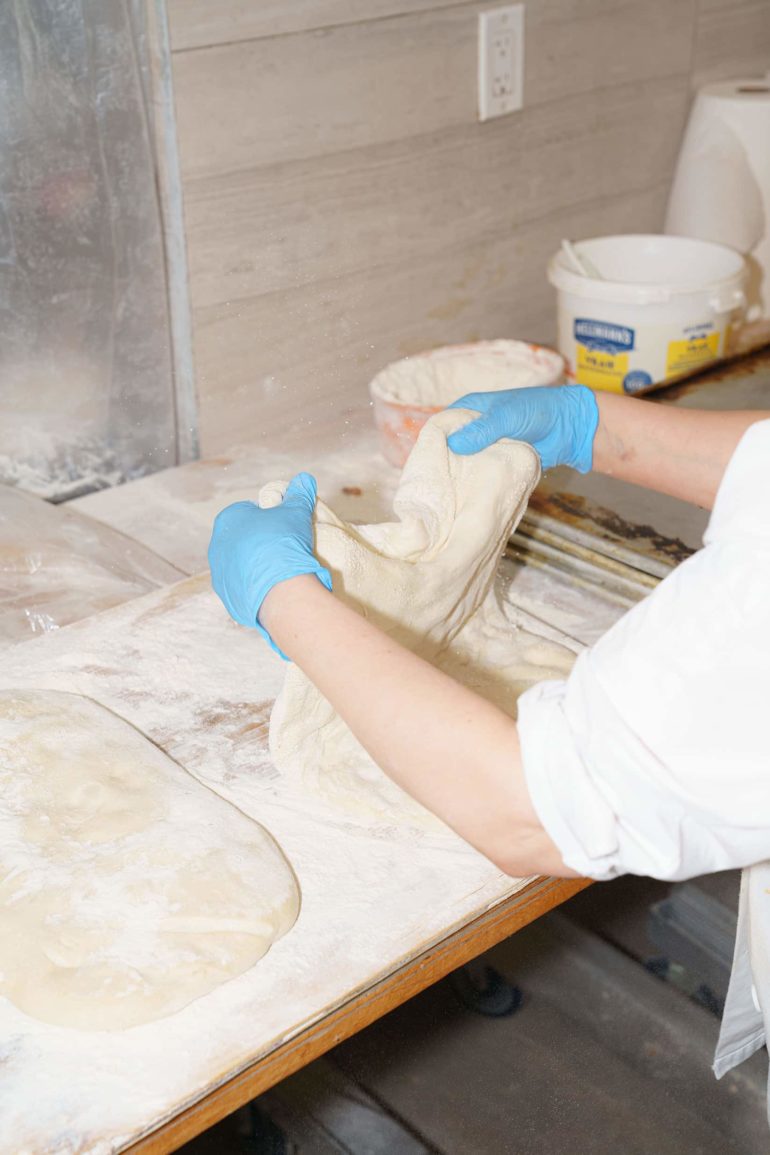 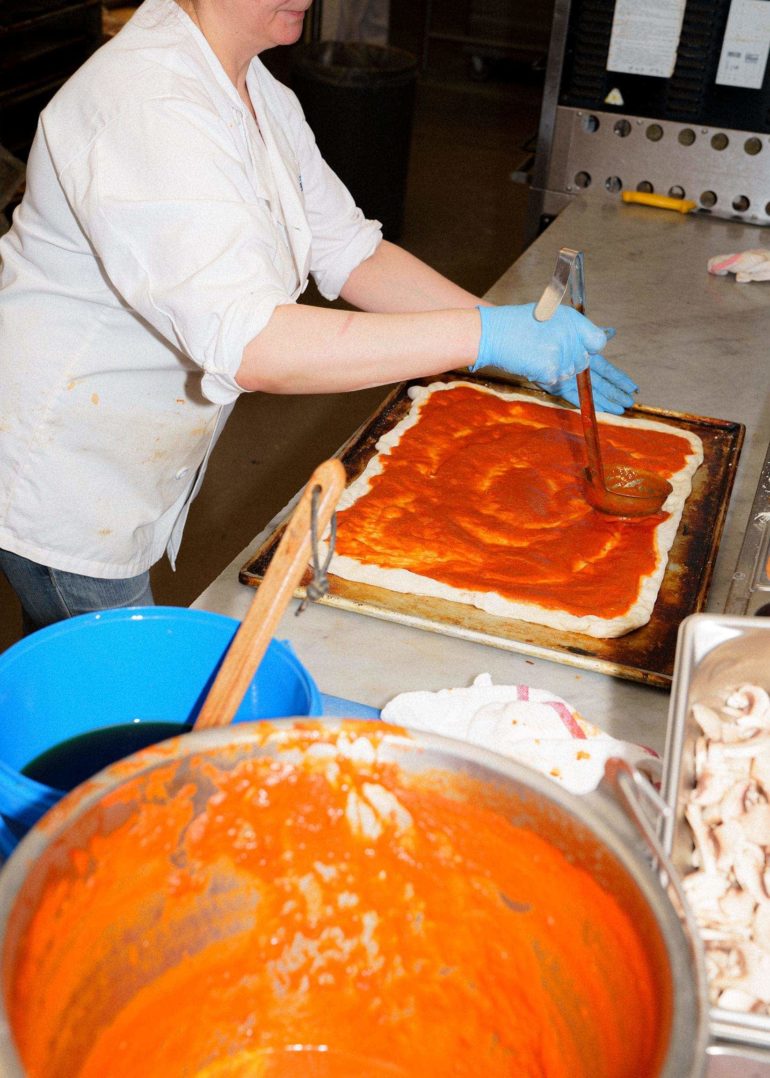 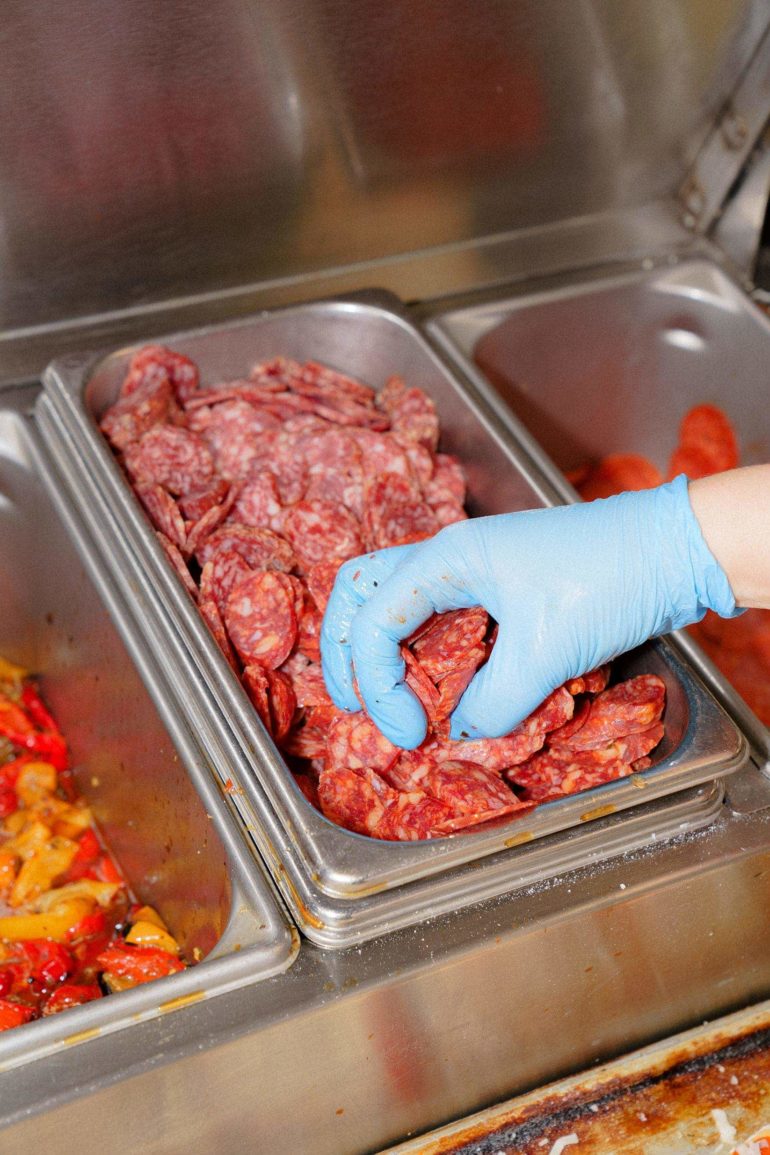 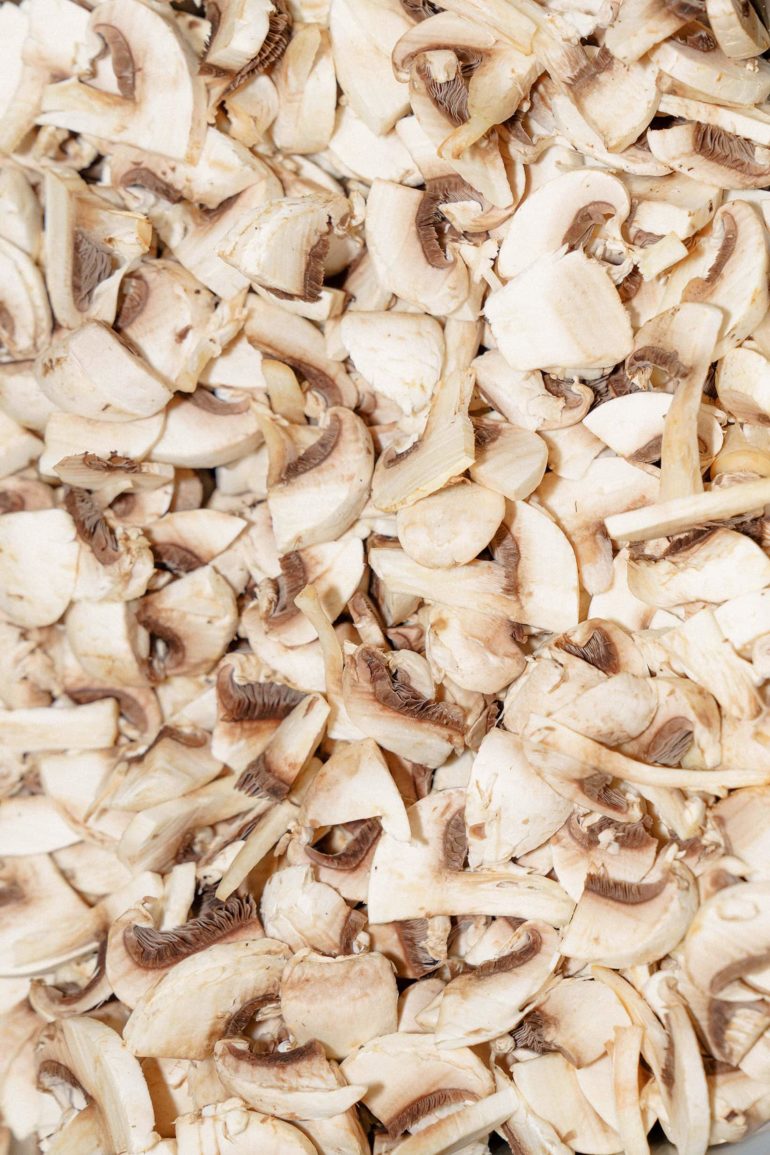 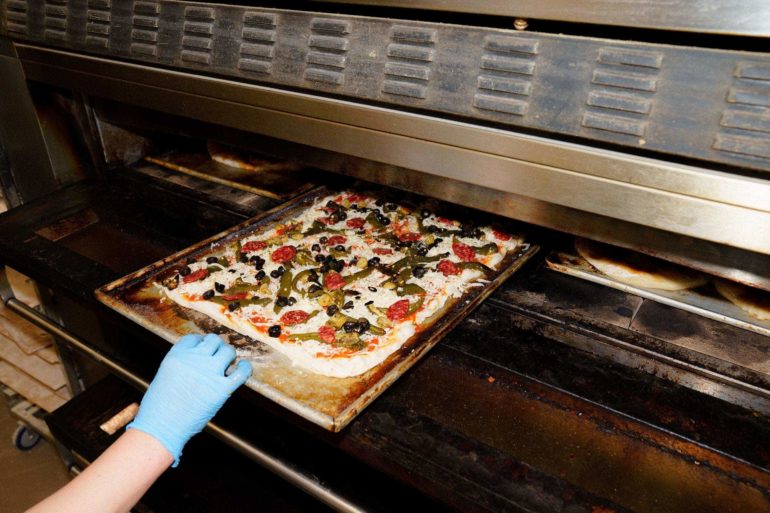 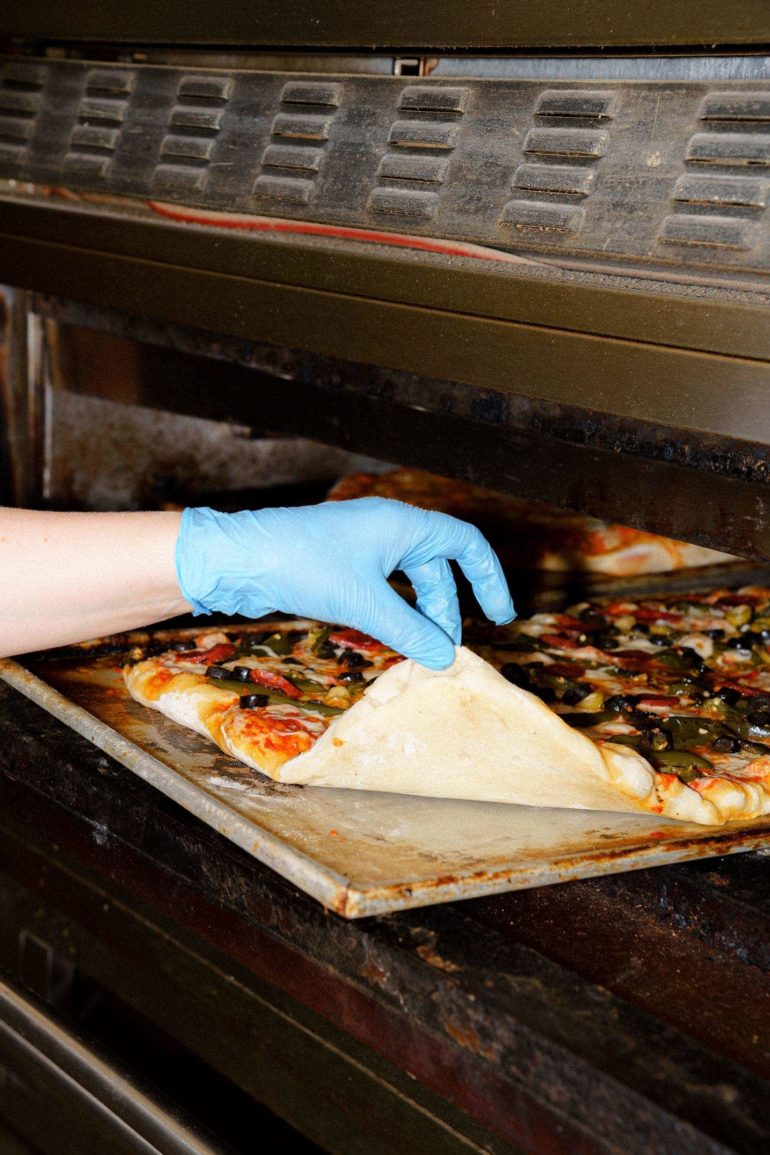 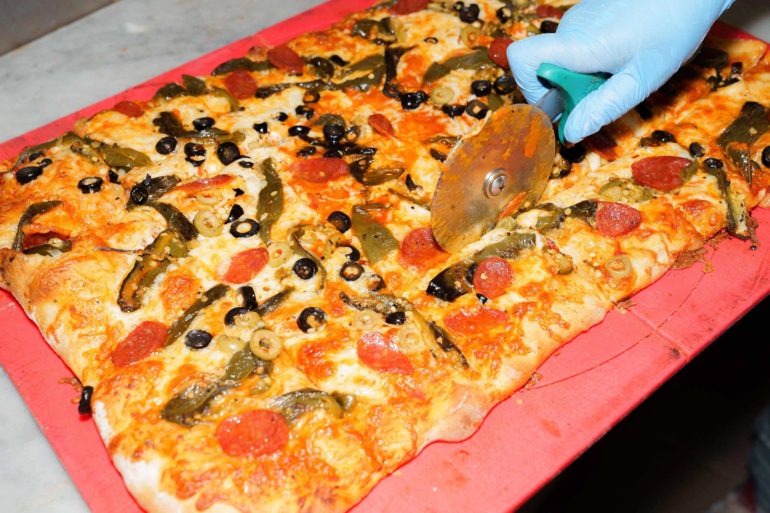 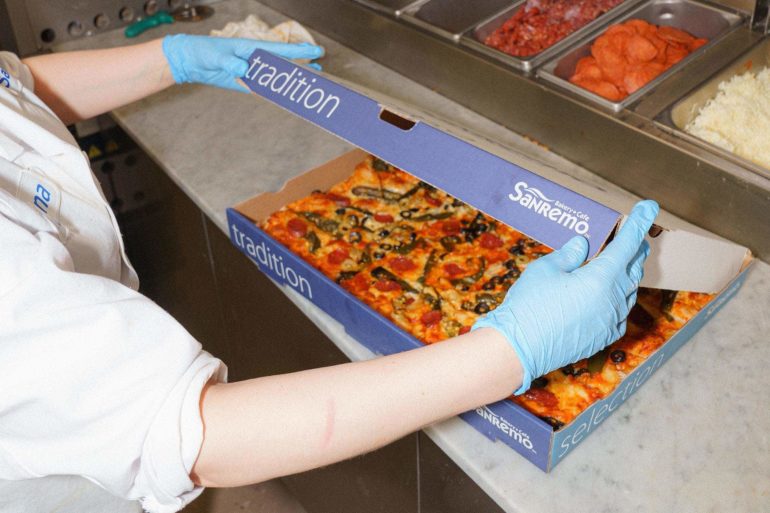 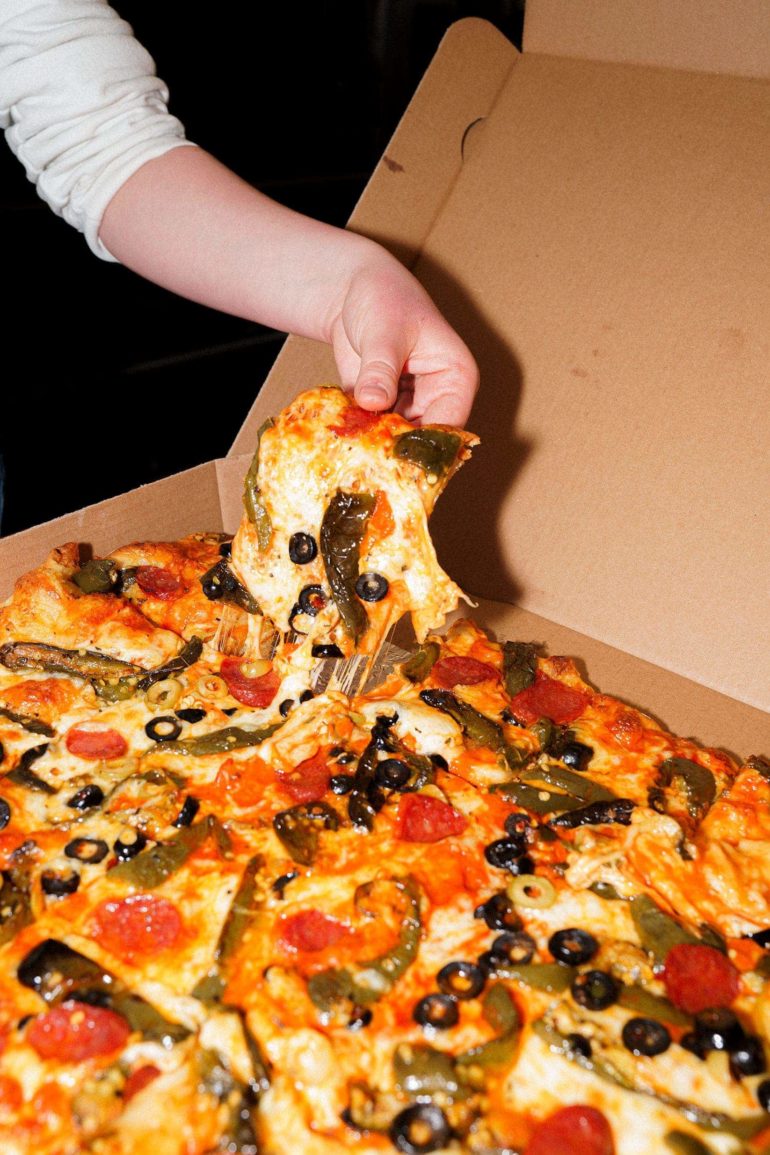 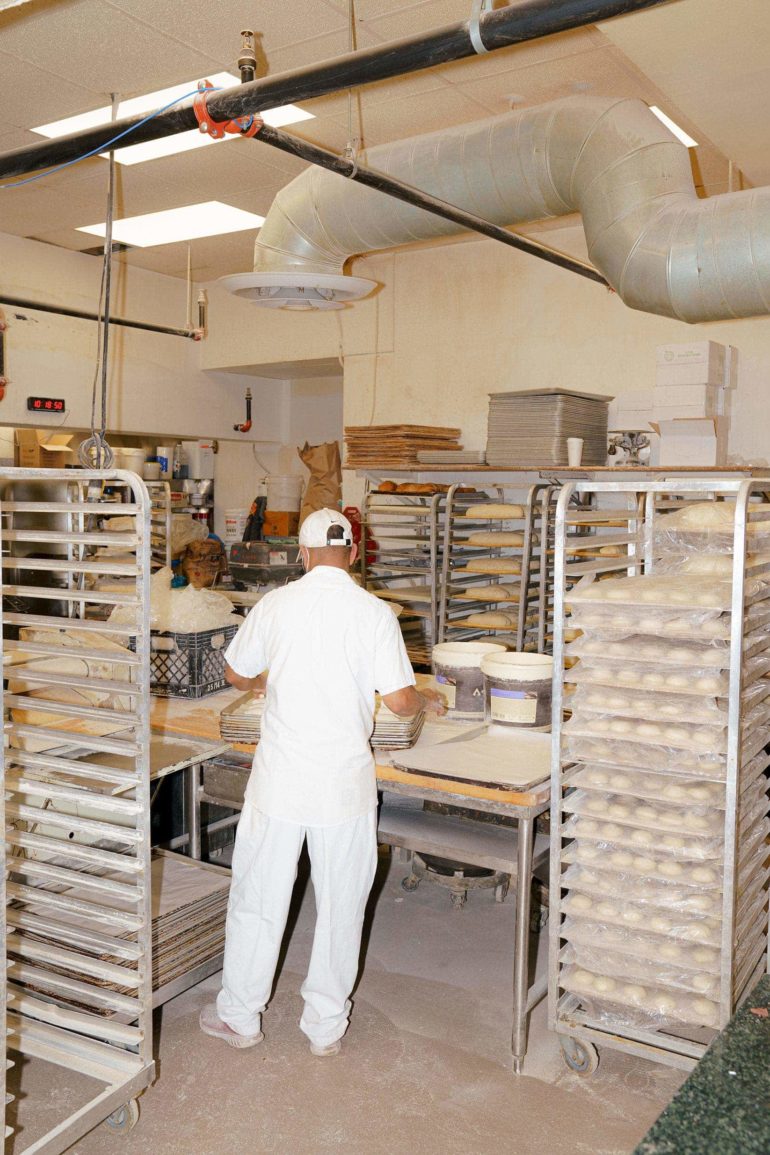 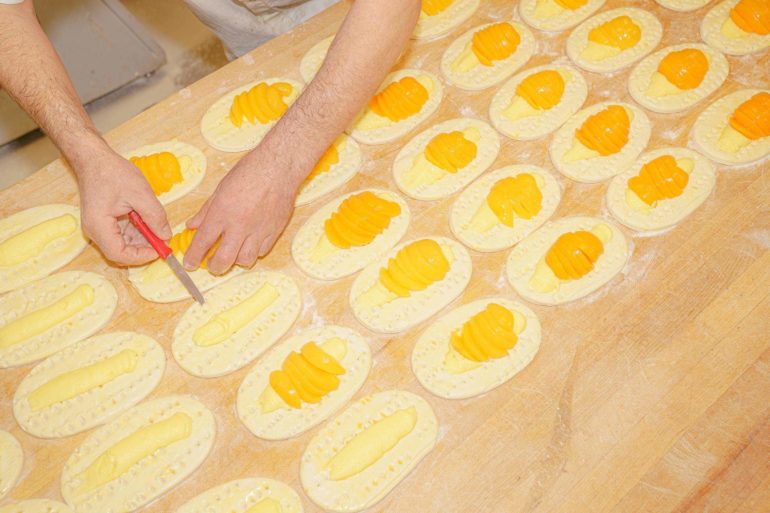 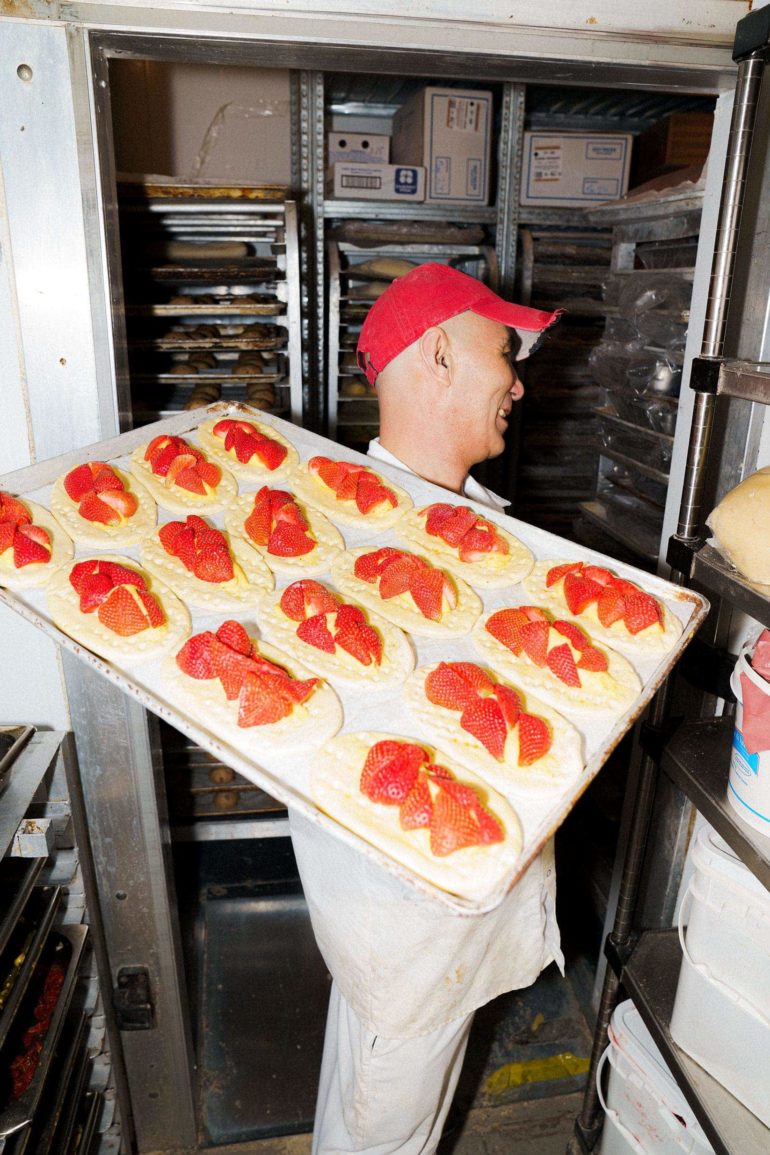 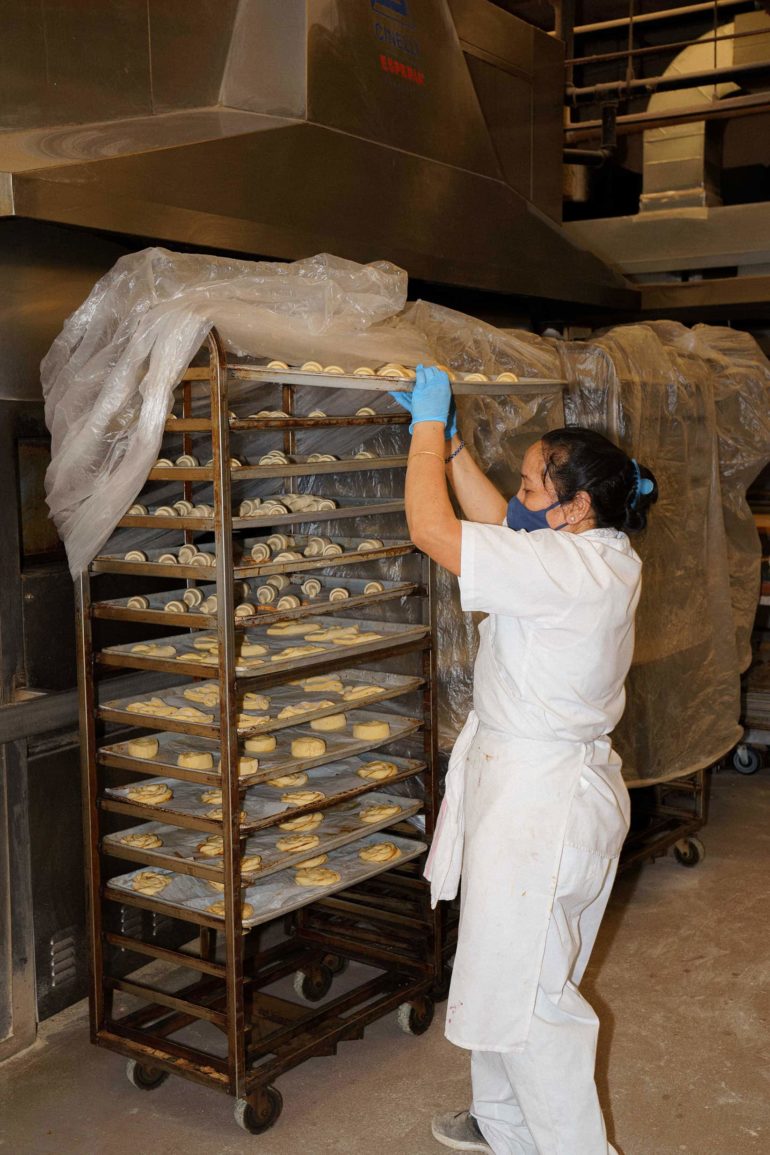 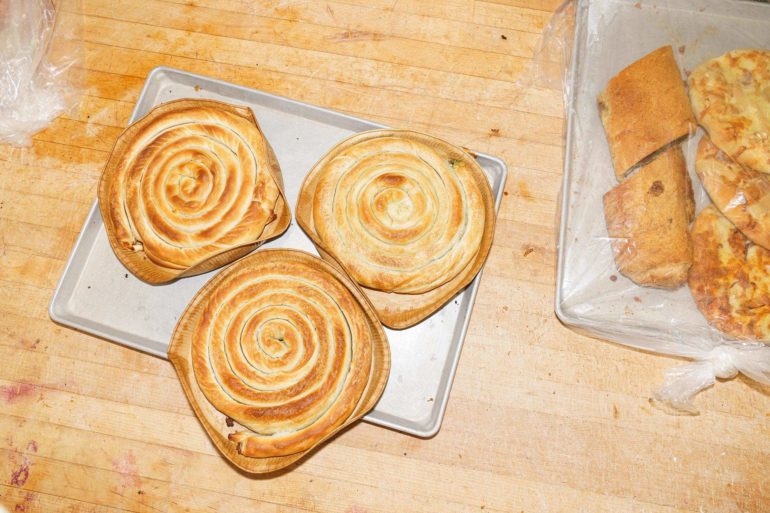 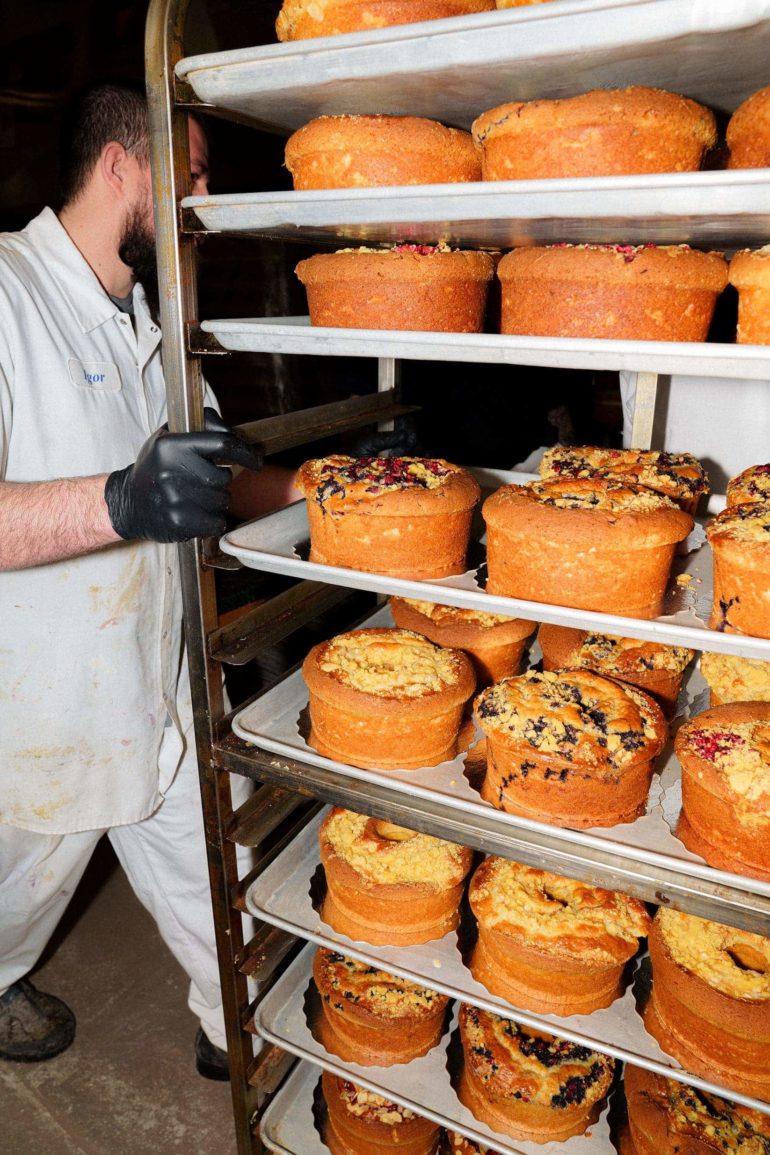 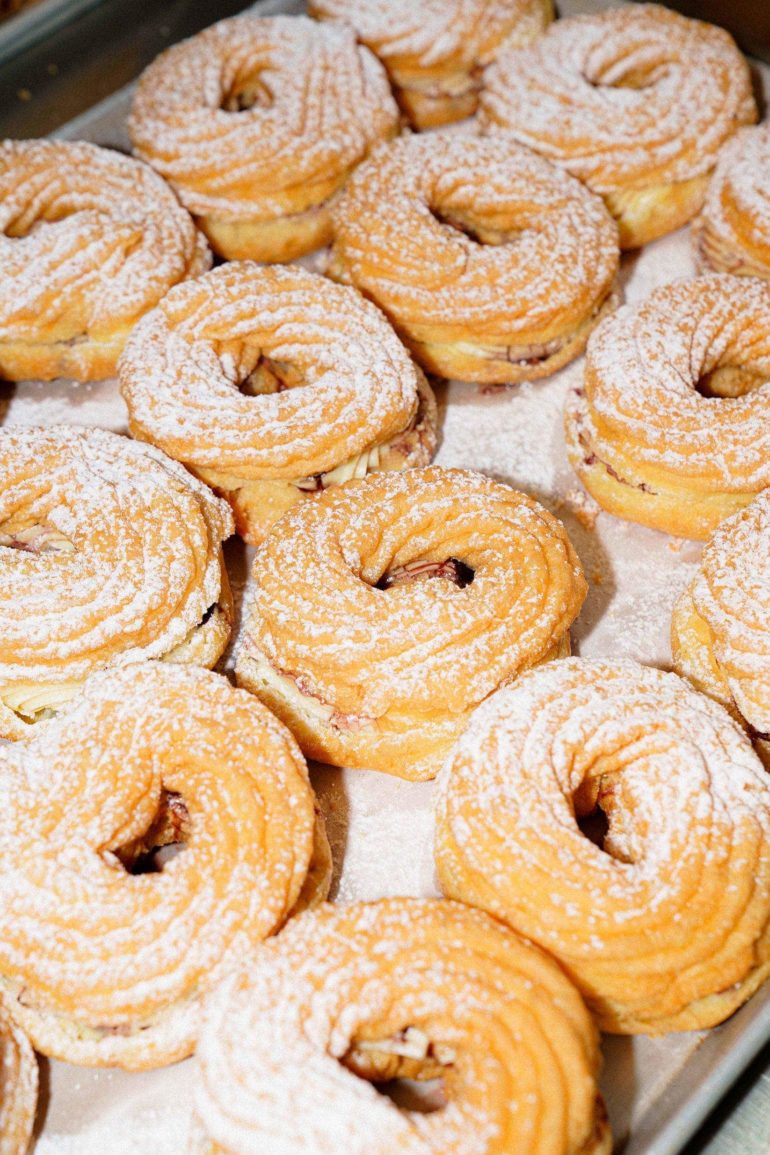 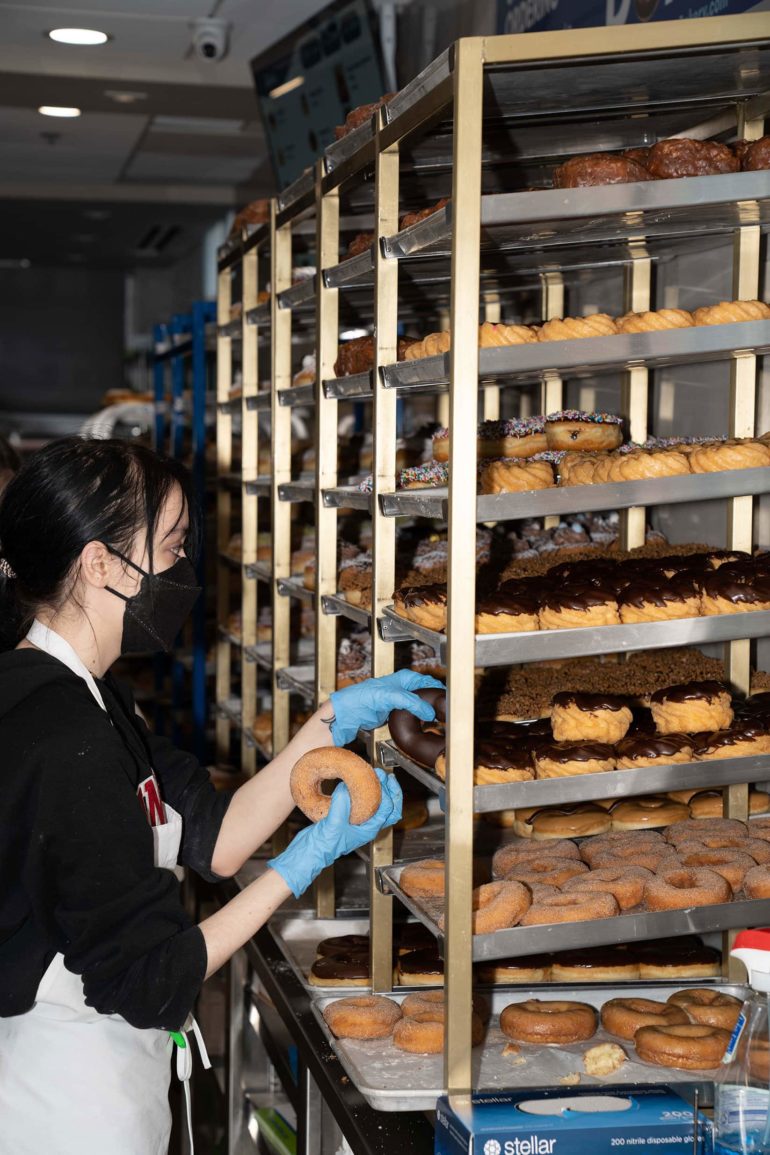 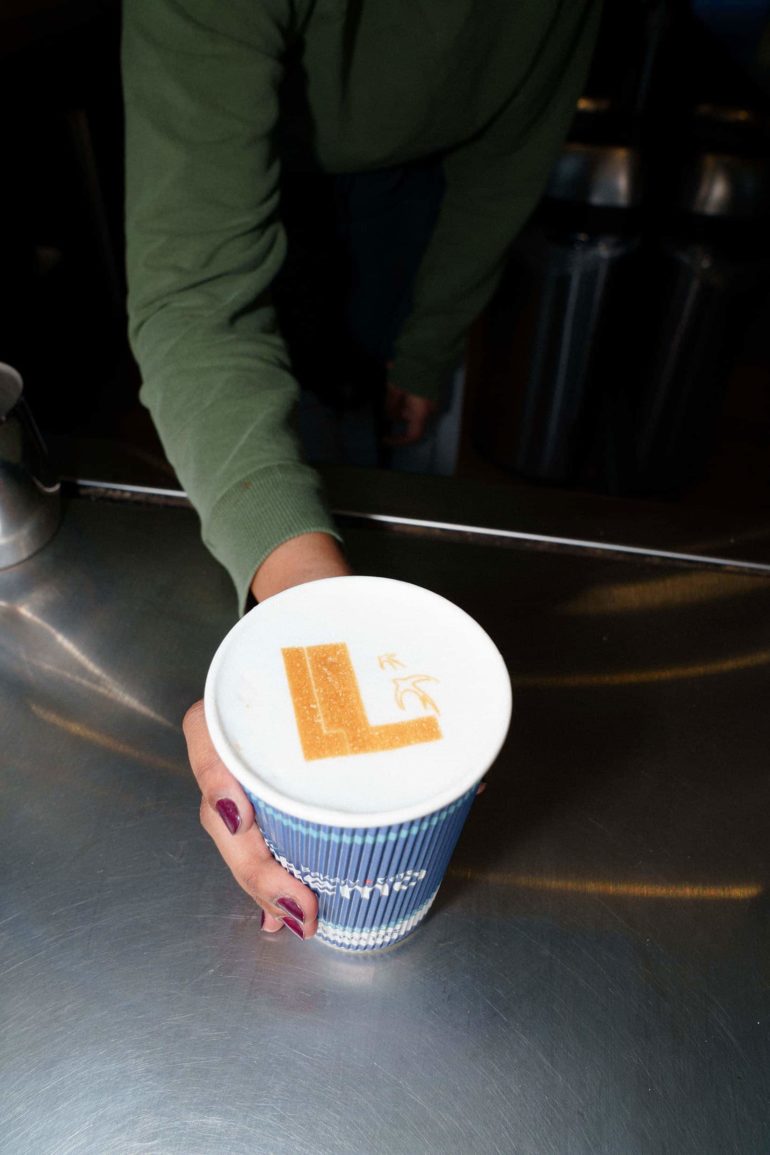