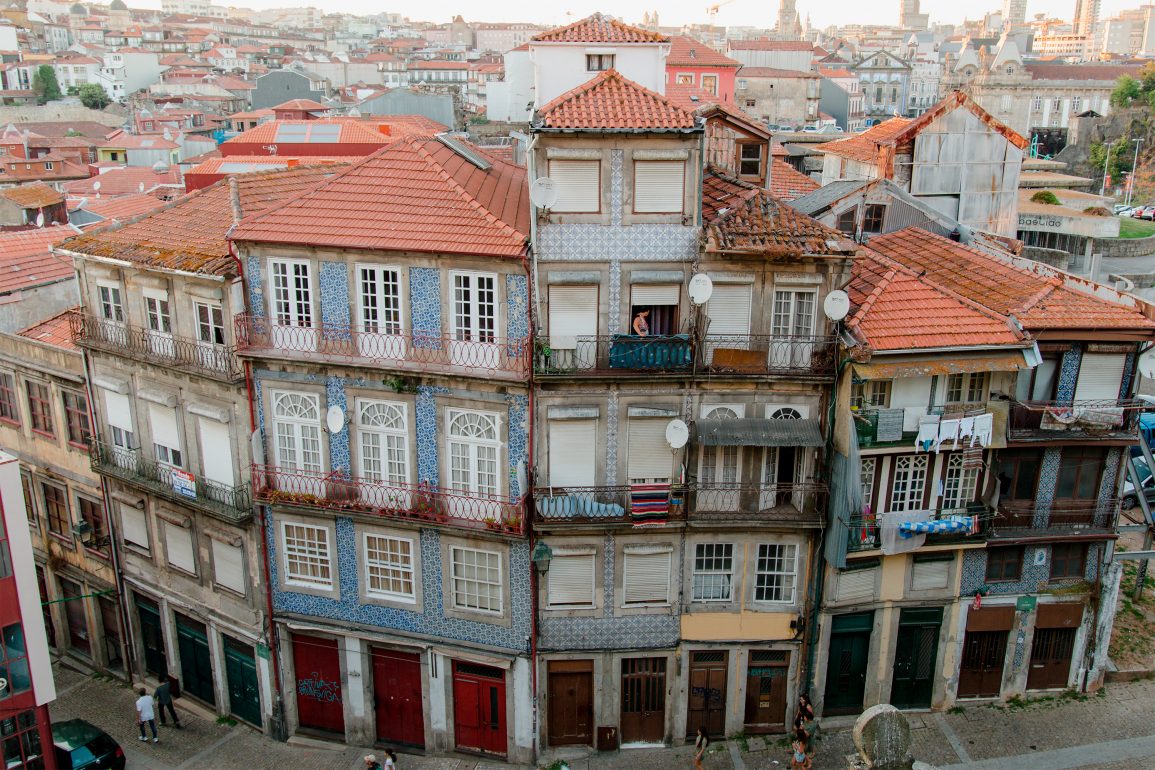 Classified as a World Heritage Site, three time best European destination, numerous awards in architecture, education, sports, hotels and restaurants, affectionately referred to as the “Capital of the North,” Porto seems determined to remain undefeated. Renown for it’s famous francesinha sandwiches, champion soccer team, views of the gleaming Douro River, striking monuments and beautiful bridges, Porto somehow manages to have even more beauty to share. With an innumerable amount of developments over the years, the only way to discover them all is to explore each and every pattern lined alley. As truly exciting as that would be however, let’s give you a glimpse at some of the lesser known attractions and activities you can expect.

There are several well-known luxury hotels in the city: Hotel Infante Sagres, which is on the prestigious Small Luxury Hotels of the World list and winner of the Condé Nast Johansens as Best Newcomer (Hotels). Another is The Yeatman, considered by many as the best in the city. For those who enjoy the occasional indulgence, treat yourself to a culinary experience at their “gastronomic restaurant”, and while it is a true gastronomic extravagance, it is matched by the price (rightfully so). The restaurant offers nine courses for dinner that will let you travel a world of incredible flavours, without ever leaving your table.

New alternatives to traditional hotels are also emerging in the city such as Yotel, which is known for being at the forefront of technological advancements in the hospitality industry. The British chain decided to open their first hotel on the Iberian Peninsula. Yotel, opening later this year, will be very modern and innovative compared to other hotels in the city: self-service kiosks at check-in, charging stations in rooms as well as keyless entry. Another advanced hotel is The Zero, where creatives are encouraged to present artistic, cultural and innovative ways to use their rooms. If they accept your creative application, your stay is on the house—in other words, zero dollars.

If fast-paced modernity isn’t your thing, you can always kick back at The House of Sandeman hostel, where you’ll sleep in a bed resembling old Port barrels. Featured in The Guardian, the beautiful hostel is also very affordable, with rates ranging from €14 to €60 per night, perfect for the money-conscious traveler.

Upon waking up in a beautiful accommodation, treat yourself to breakfast at one of the many cafés in Porto, like A Escola by The Artist. This restaurant is brand new, and run exclusively by the students at the School of Hospitality and Tourism. They provide great food at reasonable prices, in exchange for an evaluation of their service, to be used in the grading of the students.

With your belly full, it’s time to experience one of the latest trends: themed escape rooms. At one called, Let me Out, the game goes like this; “Jaime was an accomplished chess player, but his granddaughter, who was his pride and joy became ill and eventually succumbed to a disease. Strange noises could be heard from his apartment until one day there was nothing but silence. To this day, no one ever saw Jaime again. An ominous aura surrounds the door, giving anyone who passes by a chill. Do you dare enter and find out what happened?” I would certainly be the first to flee!

In June, the Serralves Foundation organizes 40 uninterrupted hours of dance, music, theater and exhibitions. This is the largest festival of contemporary artistic expression in Portugal and one of the largest in Europe. Also in June, is the NOS Primavera Sounds at the Parque da Cidade do Porto—the largest (83 hectares/205 acres) urban park in the country—where Solange and Erykah Badu, J Balvin, Interpol, James Blake and Stereolab are listed as headliners of a very eclectic lineup.

When compared to the other great European cities our little corner of the world proudly beats its chest. There’s much more to tell you about but I’m running out of space so I will leave you with one last piece of advice: If you are considering a visit to Porto in 2019, hurry up! Demand tends to exceed supply…

THE FAMOUS “APITADELA” (HONKING) IN THE RIBEIRA TUNNEL

This is one of those traditions which nobody knows how or why it was born. What is certain is that anyone who does not honk while driving through the Ribeira tunnel is not a local (even with two large signs at the entrances which prohibits honking won’t stop them). While you’re there, enjoy the two contemporary tile panels at each of the tunnel exits. You’re welcome!

WE TRIBUTE THE INVENTOR OF BACALHAU À GOMES DE SÁ

In the Wall of the Bacalhoeiros there is a plaque that honors José Luís Gomes de Sá, the inventor of one of Portugal’s most famous dishes—Bacalhau à Gomes de Sá. Order this dish as your next meal in Porto! Bom apetite!

JUMP THE BONFIRES OF SÃO JOÃO

Jump the Bonfires of Saint John (June 24). During the festival, bonfires are lit and anyone who can jump over the fire three times (or any odd number) will be protected from illness for the next year… it’s time to start training!

To ensure accuracy, the wine tasters at the “Instituto dos Vinhos do Douro e do Porto” cannot use perfumes or scented.

This concept does not exist in Porto. The “dirty words” are so common that they are considered punctuation!

In a city where at least 35,000 francesinha sandwiches are sold every day, in more than 700 cafes and restaurants, there was “someone” who decided to go further: the challenge was launched by the Verso em Pedra restaurant in Miragaia. If you can eat their 5kg mega francesinha in under one hour (without help, of course) you will be awarded €150. The challenge has been around for five years and at the time of publication, only three people have taken home the prize. Want to try your luck? Bring your stretchy pants … 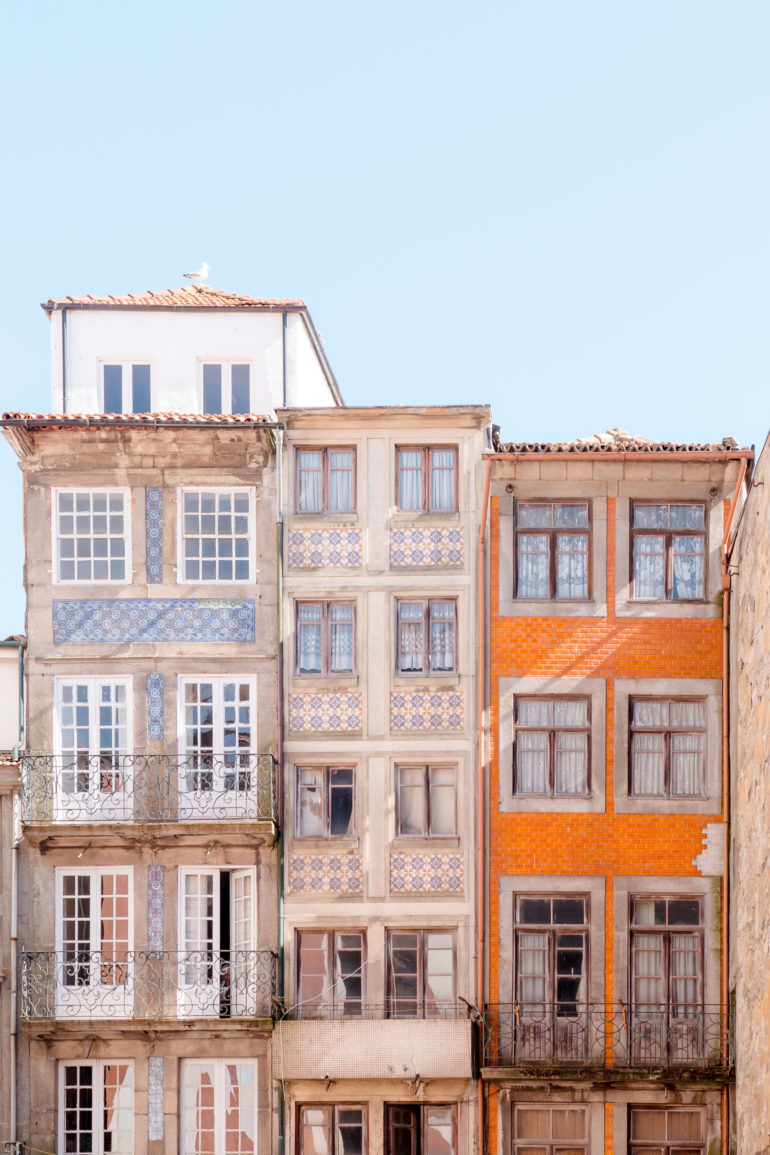