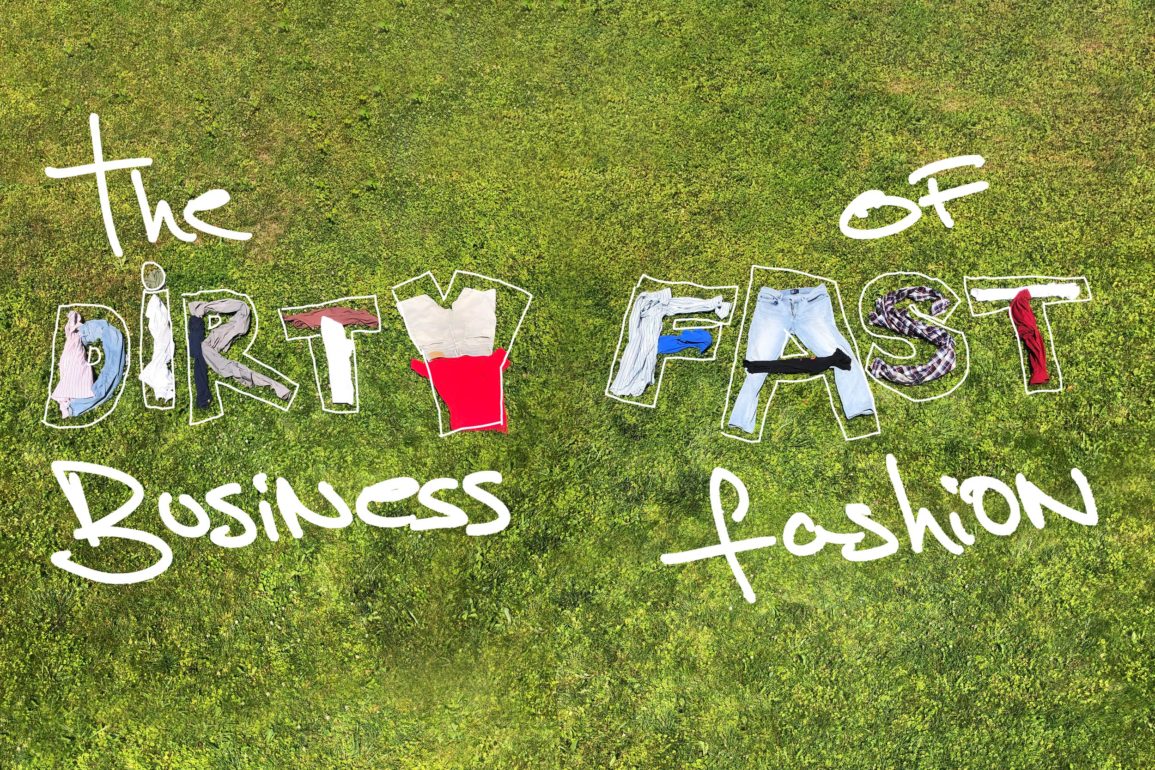 The dirty business of fast fashion

If you were born in Portugal 50 years ago, maybe a few years earlier in Canada, you’ll likely remember that your mother or grandmother were the one’s making your clothes. For most Portuguese families, mastery of the art of sewing was essential part of their financial planning. Every house had a sewing machine—a little, sacred space where hems were adjusted, garments were sewn, knitted socks were made. The only limit was imagination and access to raw materials. If you lived during this time, you probably didn’t own a pair of jeans until you were an adult. Clothes would be ripped and sewed until the fabric finally disintegrated. Fashion was not a priority or even a necessity.

In a typical Portuguese family home, only half a dozen pieces of clothes were seen hanging on the clothesline. This is because most were passed between siblings. You would have only a few outfits for school or work and a more treasured item which was your Sunday best and only worn to church or on special occasions. Each family member had only a couple pairs of shoes, which were meant to last, and if the kids damaged them before their time, well… they had to keep using them anyway. This was the reality for the majority of the Portuguese population. From a young age you would learn to cherish your belongings, to make them last, as new items wouldn’t come to you often. This applied to clothes, food, books, toys, or anything else. It was rooted in the mentality of the time. When you can’t have much, you learn to manage the little you have. We have come a long way from those days—from having only a few pieces of clothes, many of those passed on from generation to generation, to the insane desire to always own the new trend.

Have you ever thought about the amount of clothes you have already owned? Did you use them to their full potential? And when you are done with them, what happens? I only very recently stopped to think about this, and it has made me rethink my own choices. In Canada, the average person throws away 37kg of clothes, per year. In 2020, the fast fashion industry was valued at around 35.4 billion dollars. Clothing production has doubled – around 200 billion units per year – while garments lifespan has decreased.

Does fast-fashion exist due to our desire for constant trendy looks or did the top industry’s players convinced us that we are behind trends as soon as they are released? This cycle of trend replication, rapid production, low quality, and competitive prices is an armful for the garment workers, for the environment and even our wallets.

Sometimes I think that, in many aspects, globalization was the beginning of the end. The same globalization that allows you to experience other cultures is also hurting them. The big fast-fashion companies have been taking advantage of this by setting up production in places where labour is cheap, while they sell their products in developed countries. A staggering 93% of brands surveyed by the Fashion Checker [a project set up to investigate and show the world what fashion brands pay their workers] aren’t paying their workers a living wage. For example, the average salary of an Ethiopian garment worker is $26 a month. Trendy stores like Fashion Nova, Shein, Revolve, Boohoo, Forever 21 and Pretty Little Things score 10% on the Fashion Transparency Index. As we say in Portuguese ‘Quem não deve, não teme’—which, in this case, pretty much means that if they have nothing to hide, they would have disclosed their factory’s locations and work conditions. Besides unfair wages, the workers also face long work hours, poor resources, exposure to chemicals that harm their health and some even suffer physical abuse at the hands of their employers. So, when we buy a cheap shirt, someone, somewhere, is paying the price.

However, if you think fast-fashion can’t harm you because we are many kilometres away from the main factories, you are wrong. Fast fashion is not only dissipating human misery, but also accelerating the climate crises. This is the third biggest manufacturing industry, responsible for almost 10% of global carbon emissions—equal to international aviation and shipping’s carbon emissions combined. To accomplish their main goal, which is to lower production costs, they neglect all environmental advice.

Most of the fabrics we use are made from petrochemicals which take over 200 years to decompose. The washing, diluents and dyes used in manufacturing are responsible for one fifth of industrial water pollution and our clothing is responsible for almost 35% of micro-plastics flowing in the ocean. It takes 6,800 litres of water—or what one person would drink in ten years—to produce one pair of jeans. How much water was wasted on your closet?

Every year, the value of more than $500 billion is lost to clothing underutilization. The clothes haven’t even left the factory and 15% of all fabric has been wasted at the cutting stage of production. Then, when retail stores have too much inventory, instead of donating or creating a recycling program, they opt to toss it away or burn the unsold stock. When bought, three out of five fast fashion items end up in landfills. So, these garments, filled with pesticides and many harmful chemicals stay in open air, for many years, releasing their toxins. Buying clothes has become more accessible than ever, but someone else is paying the price. In fact, you are paying the price too, as this poorly made clothes can be harmful to our skin, which happens to be our largest organ.

How many times have you been convinced to buy something you don’t need? Personally, more times than I would like to admit. Our mentality and the incessant marketing tricks play a major role in sustaining this industry, but their success is not limited to that. The reality is that consciously made clothes are not for everyone’s pockets. Since their purchase power is low, their [justifiable] higher prices can be discouraging for most of the population. I guess we should start picking our clothes just like we should pick our friends – quality over quantity.

If by now you are still not convinced that this is a major issue in today’s society, I advise you to see the videos from the mountain of clothing in the Atacama Desert in Chile. Every year 53,523,900kg of clothing from Asia, Europe and North America arrive at Chile’s Iquique port. From there the clothes are sold in Latin America. From that, around 39,000 tonnes cannot be sold and end up in landfills. A graveyard of fast fashion is the proof that making clothes is a dirty business.