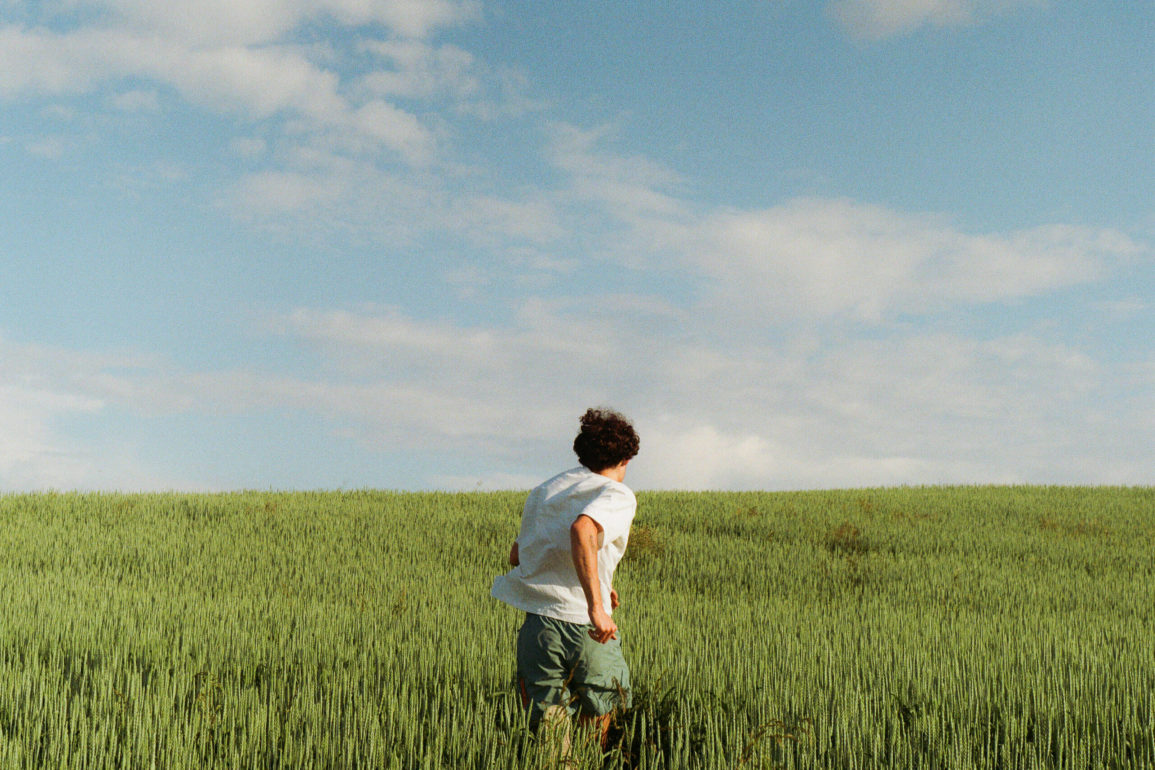 sheer optimism and minimal expectations—the formula for a good time.
shot on kodak gold 200 film with a konica z-up 70 super and zenit e.

If the saying is true and it really is ‘pics or it didn’t happen’ then this trip very nearly did not happen. A mere 10 minutes after finishing our celebratory peanut butter sandos and beers, my phone tumbled over a kilometre down the side of the mountain.

Two weeks—the generous gift that comes along with working the other fifty of the year. But how best to spend those weeks? What needs to be done to return to work satisfied—or even better, fulfilled? That is the question my friend Fin found himself facing for the first time in his 22 years. Aware that this would soon be my reality, I was not taking this time lightly either.

Early this year—in the midst of assembling the 13 foot cruise ship of a couch that we designed and built for Fin’s 5502 foot condo—we decided that a road trip would be in the books for the summer. With that agreed upon, we planned just about nothing until two weeks before leaving. Knowingly forgoing the promise of the west coast, we set our sights on the uncharted roads of Quebec. With few plans and fewer expectations, the trip was free from the typical pressures that come with travelling and just about everything else in life. So here we were, two guys in their quarter life crisis, a Hyundai Tuscan and the Quebec backcountry. We were thrilled. With the rental car packed, tracks cued up and cold brews in hand, we hit the road for what was sure to be an eventful week.

As we drove, the language changed, accents got thicker, gas more expensive and beer labels more eccentric. The further we travelled, the closer we got to something neither of us knew we were looking for. Not necessarily a place or thing but a feeling—a state of living. As mountains became increasingly common and cell service increasingly scarce, loose routines were developed and egos forgotten. We allowed ourselves to be shaped by the days’ events.

Gratefully, no day was like the other. They shared a similar framework but each had it’s own main event. Typically we would get up between 7 and 8—groggy but optimistic for what the day would hold. Our arrival time at camp the previous night would determine the degree of stiffness faced at wake-up. If we arrived early enough to set up a tent then not so bad, but if the night was spent reclined in the front seats, the story was a bit different. By the end, it was about a 60/40 split… for the car unfortunately. When it came to breakfast , we had that locked down to a perfect science , usually falling before or after a little trek around the area. That was it, the springboard for a great day.

One of the few ‘plans’ on this trip was to simply disconnect from reality  for a bit—literally and metaphorically. No social media and only the occasional text or call home (hi mom, hi dad, love you emily). The phone was used for three things; scanning iOverlander for campsites, using google maps to find sites or hikes and of course documenting the shenanigans over the course of the week. Safe to say that between this and a couple of film cameras, I was not lacking photos.

Day 5, another day, another hike. Now with the previous days experience, we had our approach locked down, which made this a pretty smooth (albeit steep) ascent. The Acropole des Draveurs trail has three summits and once we reached the first, it was time to break and enjoy the view. A mere 10 minutes after finishing our celebratory peanut butter sandos and beers, my phone tumbled over a kilometre down the side of the mountain. It was jarring, perplexing and then calm. Every photo taken that week was gone and after a brief moment of shock—when I was certain a part of me had fallen down there as well—I felt something like relief.

How did it happen? In the middle of making the swap from phone to film to catch Fin doing something most adults would deem nothing short of stupid. Just as quickly as I reached for the camera, my phone missed the pocket and WHOOSH; it’s a bird, it’s a plane, it’s an iPhone 12 Pro! It was us and two other hikers that shared this intimate moment. The two strangers with a concerned and mildly disturbed look on their face, myself with what must have been a very blank “wow that really happened” face and Fin, laughing hysterically. “Well… summit 2?” I asked. There wasn’t much point hanging around and dwelling, so we got walking.

With no chance to revisit those photos, I was just left with my memories of feelings experienced. For better or worse, this meant photos couldn’t alter my recollection of the week’s events and my assessment of the trip was purely instinctive. How did it feel? Like a great big breath of fresh air. It was exactly what I needed. Despite having some rolls of film, there were no assurances with it. Normally it was an alternative—a fun addition to the collection but this time they were everything. In an attempt to stay true to the circumstances, most of my thinking, writing and recounting of the trip has been done without them.

For the time being, I’ve avoided replacing the phone and in doing so, also stopped documenting daily life. When I leave the house, I am untethered from people, expectations and in a way, even time. Regular activities have looked a bit different and perhaps for the better. I rented a bike and took whatever roads I felt like to get to the train, not worrying about which way was quickest. I dropped in on a friend sporadically and without notice. I miss messages and updates and realize it hardly matters. It’s a reminder of how insignificant I am. It’s liberating.

1 – Easy gourmet breakfast; requires salami, eggs, cheese, croissant, pan, heat. Salami doubles as a tasty accoutrement and the perfect non-stick medium. Cook salami until it crisps up and eat this as an appetizer because you’re probably hungry. Crack eggs into the pan and cook so the yolks are still a bit runny (you’re outdoors, don’t mind the mess). Slice up cheese (we opted for old white cheddar), toss the eggs into the croissant, cheese on top and cook up some fresh salami since you already ate yours. This gets the pan ready for the next batch and now you’re golden. Enjoy.

2 – Reality; A word with the same expectations and lack of clarity as ‘normal’. The criteria always seems to be shifting and never quite where we want it to be. This trip was just enough to give us a glimpse at another reality… perhaps one day the two can cross.

Create a routine that lends itself to opportunity. Not “oPportUnitY” in the dreary student desperate for a job sense but opportunity for fulfillment, to be surprised, scared, excited. We all yearn for spontaneity but it can only happen if you’ve taken pressure off by having the basics in order—otherwise you’re stressed and scrambling. I think this is what let us look positively on each day, even when we had just about no clue what we were doing. Also learned this recently when going out wth friends… there’s nothing sexy and spontaneous about walking up and down the street looking for a table when everyone else has a rezo.

Proceed with caution when relying on tech to remember things for you.

Try to live in the moment. Actually, just don’t try. Reflect afterwards, talk about it, mull it over, do your thing. But while you’re there and doing it, make sure to do just that in whatever way feels right.

I cannot vouch for this enough. This pairs with liberation. Drastic changes of scenery, being with new people, being without something that is always with you *cough* phone… All of these things are forms of disconnecting. All of them are bound to do something if approached willingly and with an open mind. It is difficult to disconnect when your best reference for it is momentarily losing reception on the subway. You may need to try to make it happen—force it even—unless your phone happens to fly off a mountain, and in that case, let it.

Freedom baby! So many of the things we value and desire come down to this and so many of the things that burden us come when we feel we lack this. Feeling free is a delicate balance of so many things and truthfully, I am not qualified to offer a formula for it but for me, I think a combination of these other takeaways is what let me experience this.

TAKEAWAY 06
BY THE WAY

All encounters with locals were extremely pleasant so I’m not sure what people are complaining about. Sounds like you’re the problem to me! 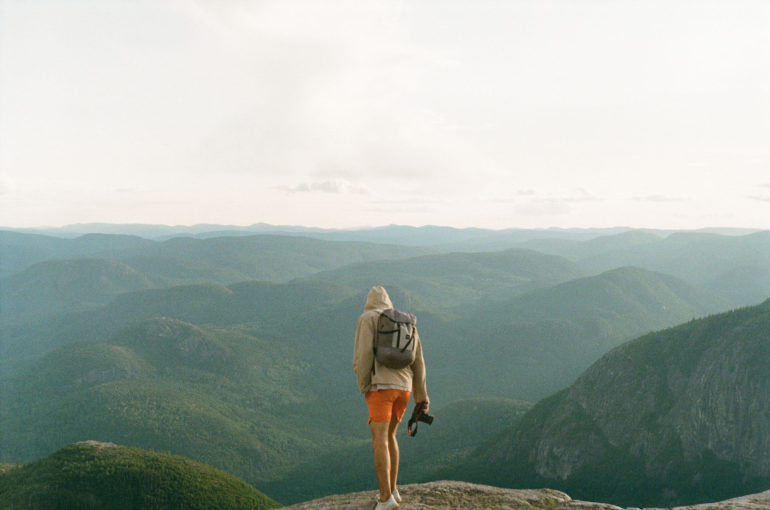 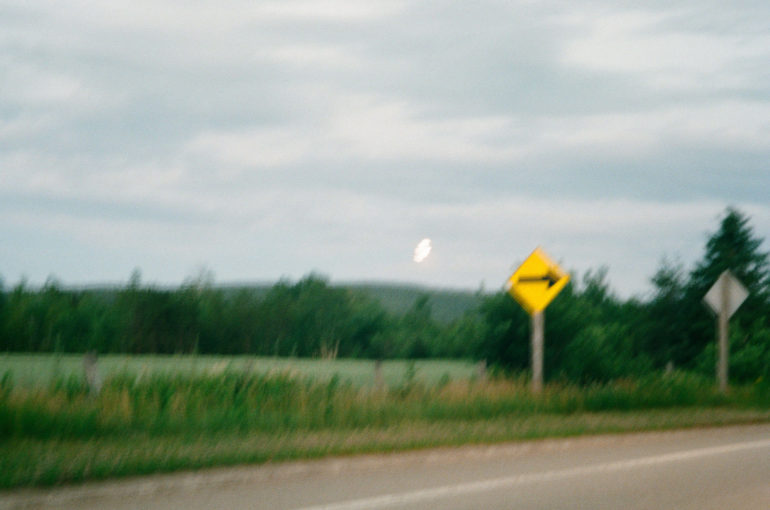 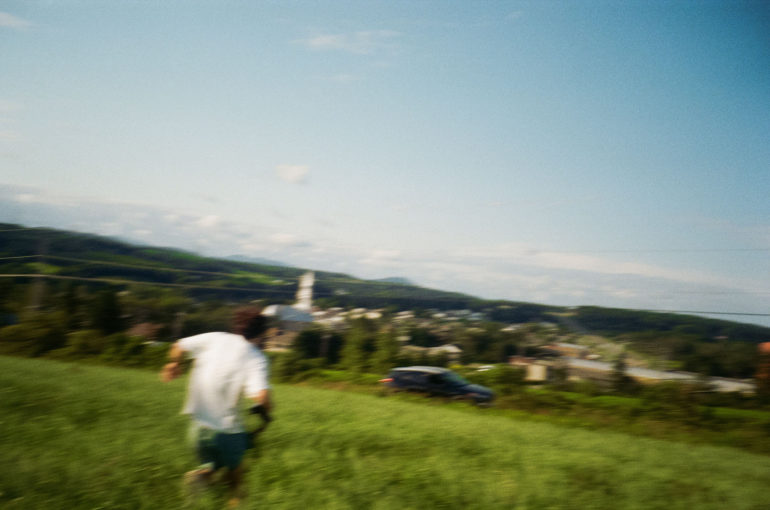 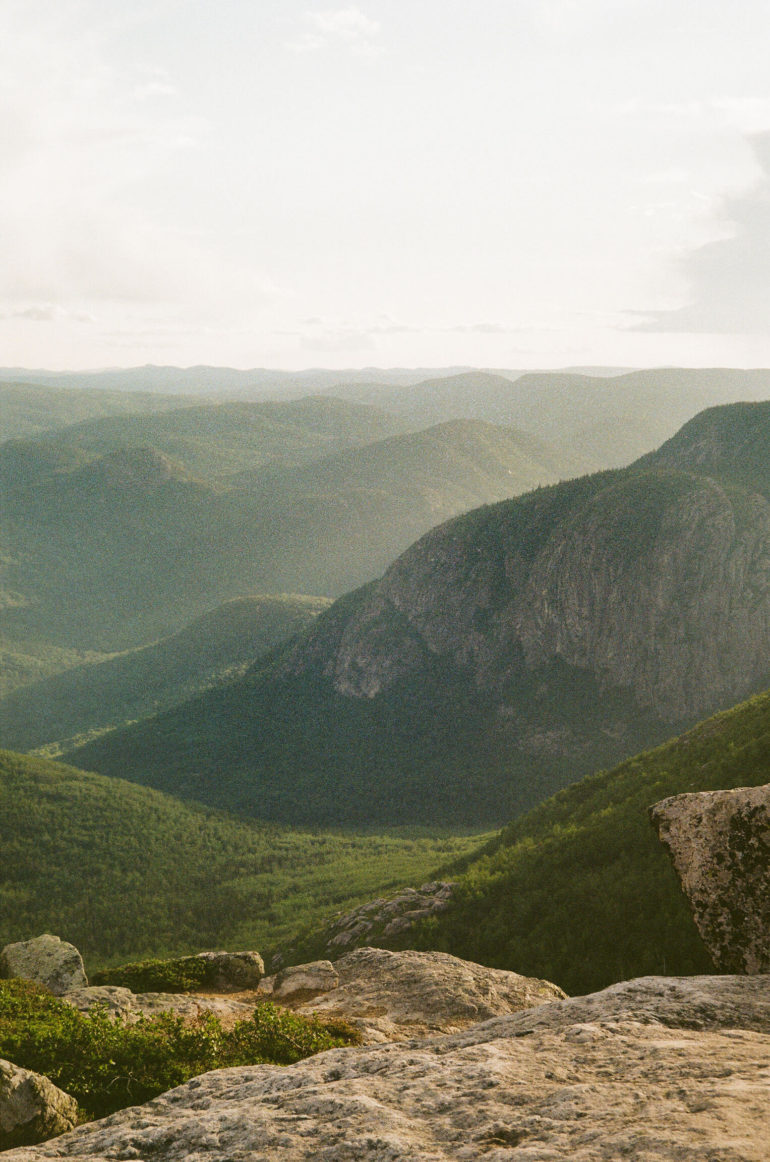 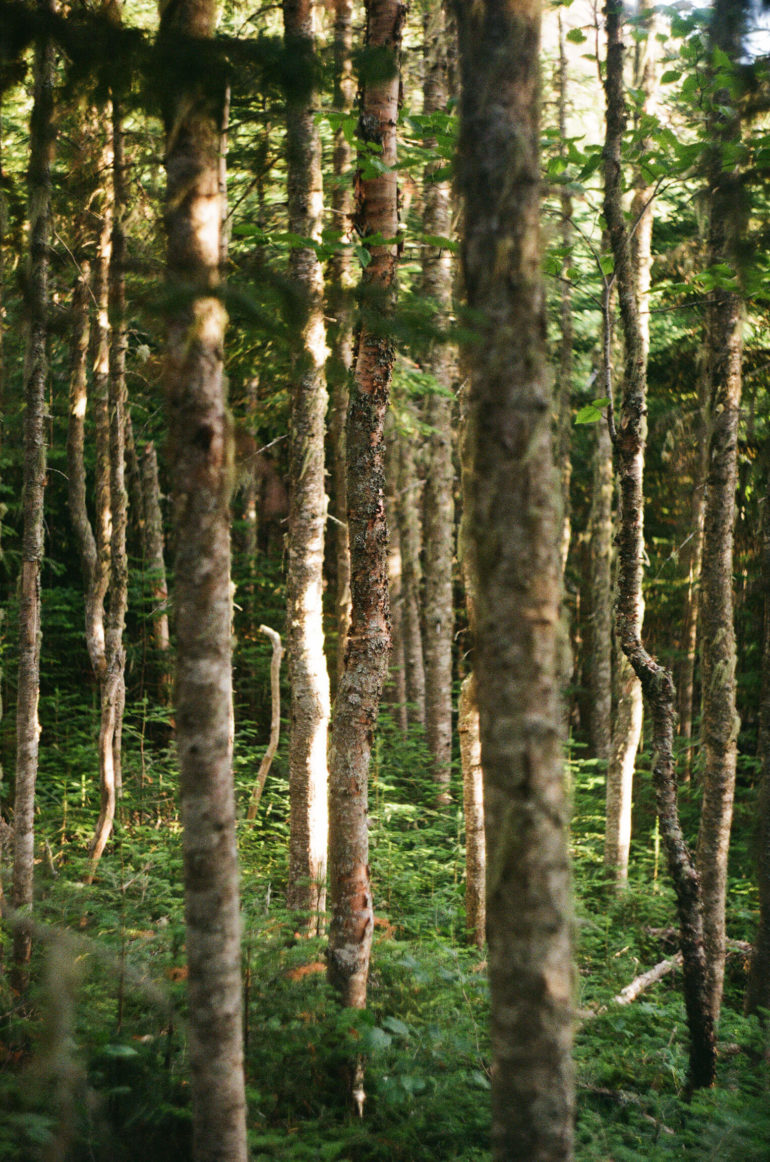 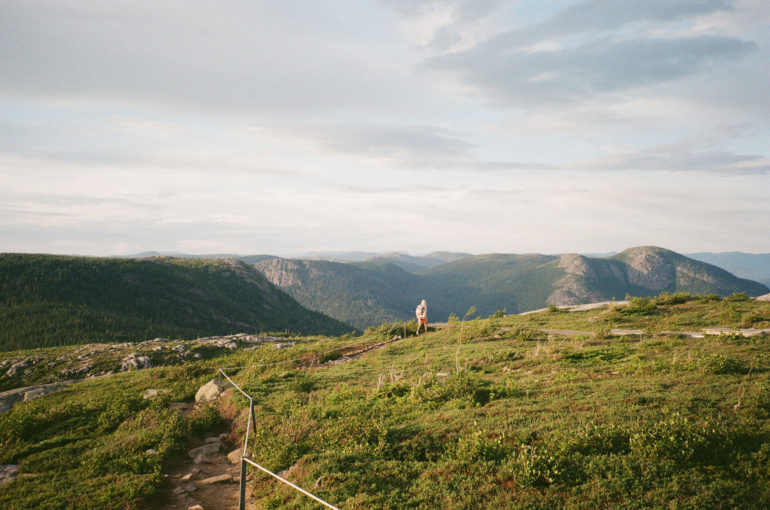 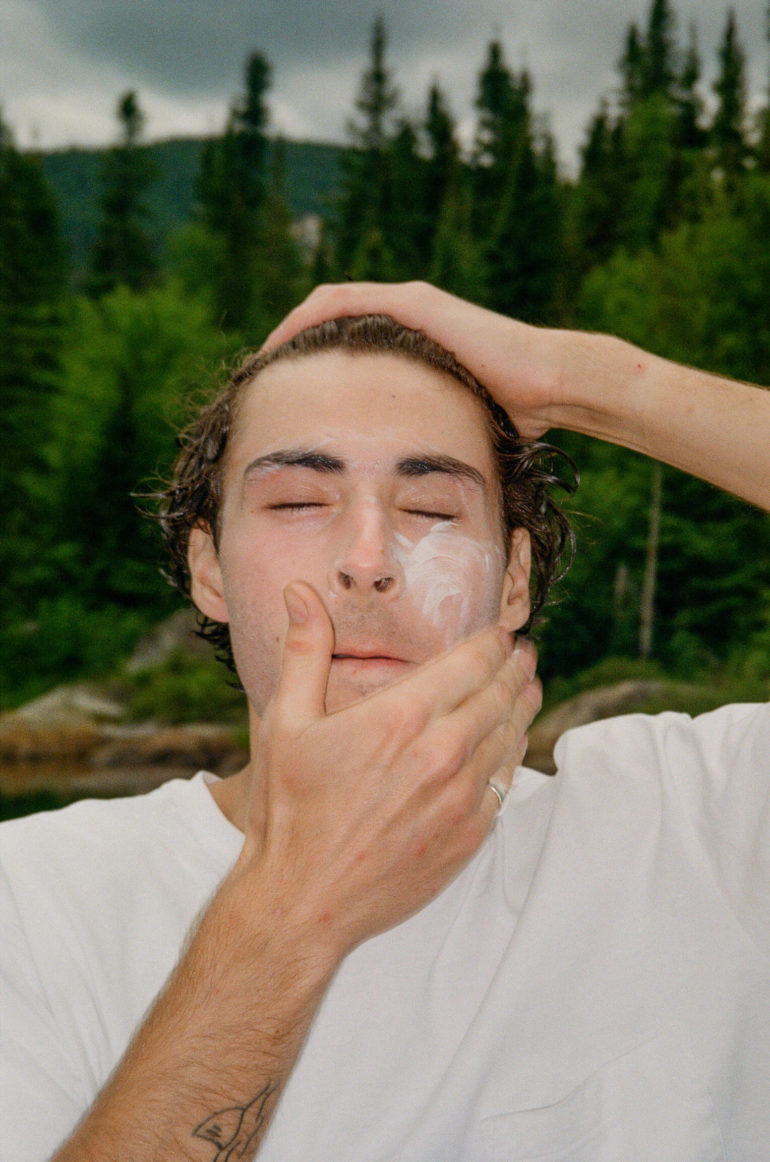 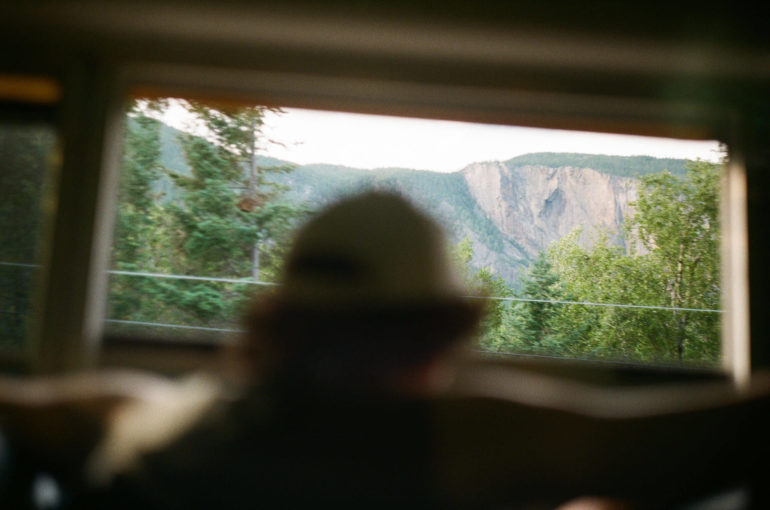 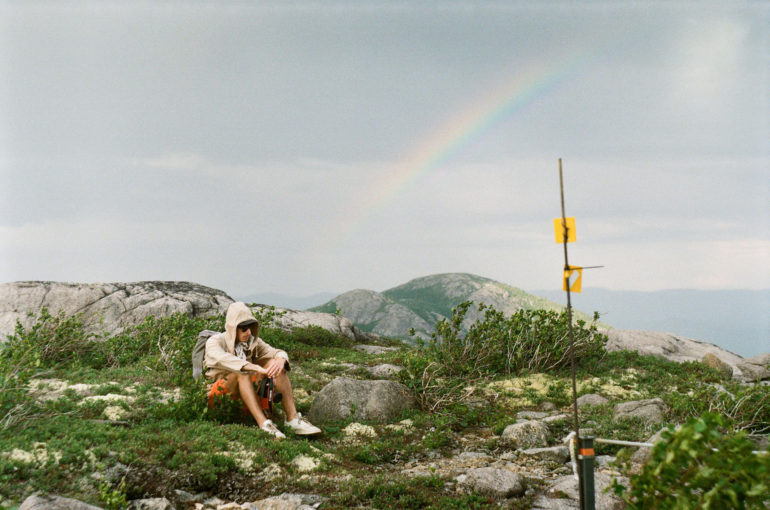 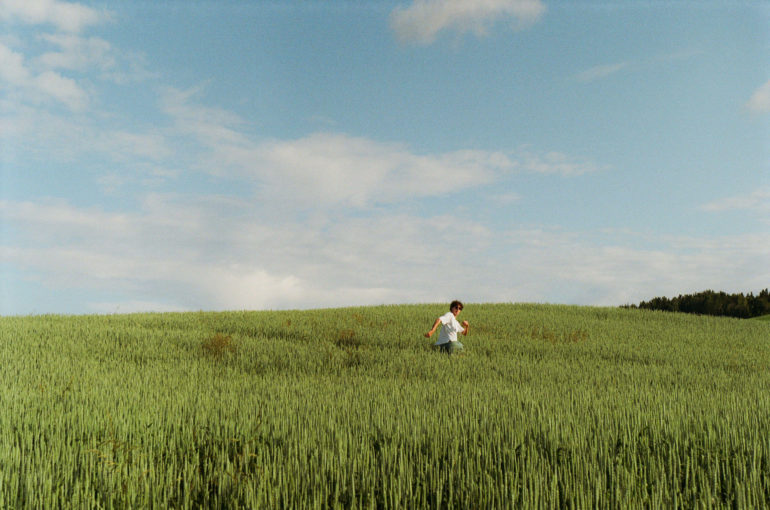 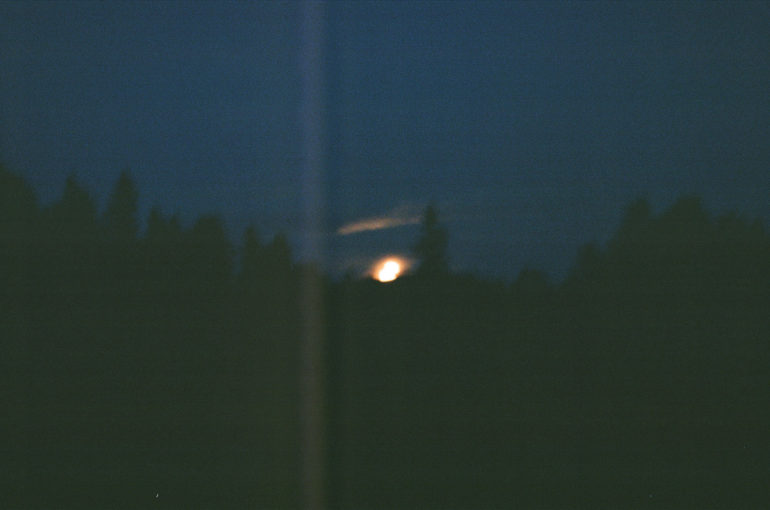